The Commonwealth War Graves Commission said it was ‘dismayed’ by the vandalism. 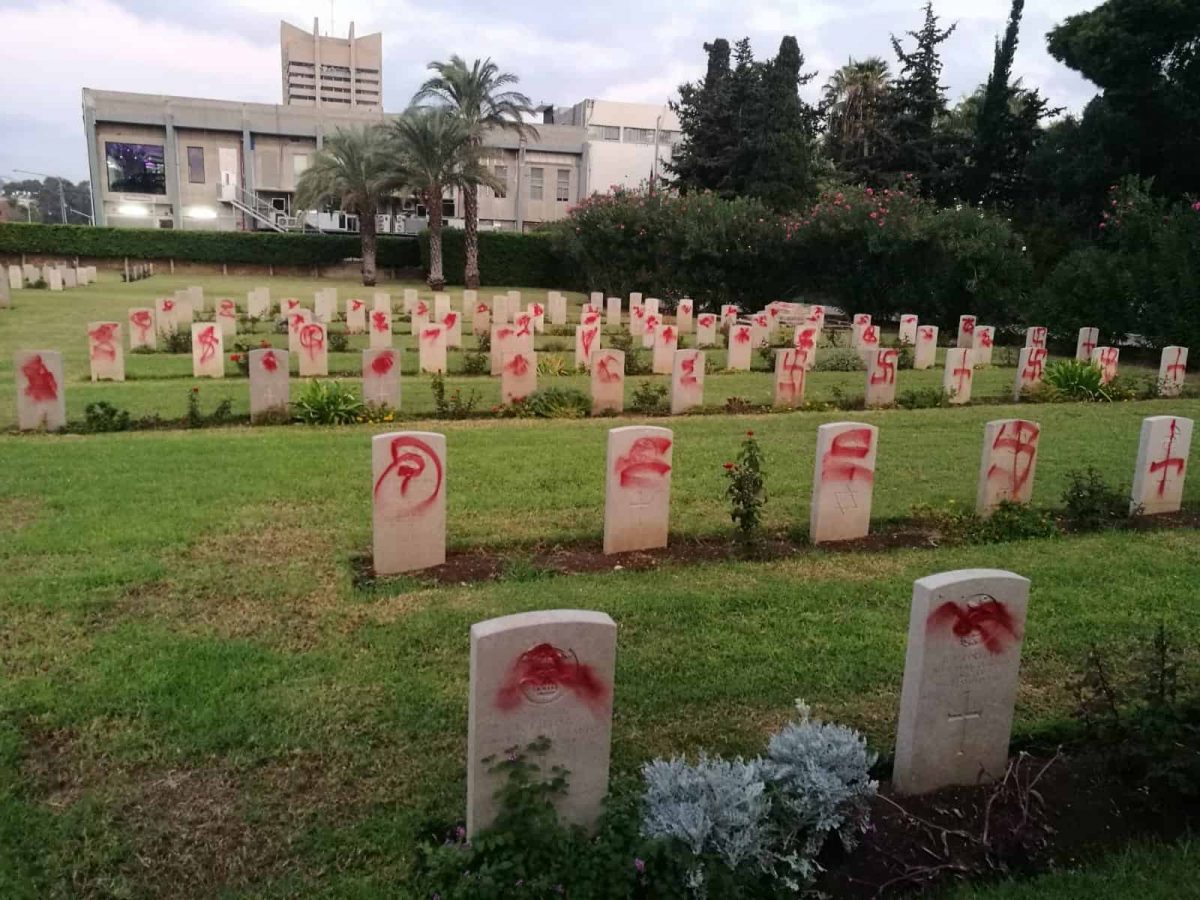 Dozens of Commonwealth graves have been daubed with swastikas and other symbols at a cemetery dedicated to those fought in the first and second world wars.

The headstones were vandalised with red spray paint overnight at the Haifa war cemetery in northern Israel, according to the Commonwealth War Graves Commission (CWGC).

It comes just days after several other Commonwealth graves were knocked over at Belfast City Cemetery in Northern Ireland.

The commission, which owns Haifa cemetery, said it was “dismayed” by the vandalism and that its staff were on site to restore the headstones.

Photographs taken by the commission show around 60 graves marked with spray paint, with at least six daubed with swastikas and another knocked over.

CWGC spokesman Peter Francis said: “A lot of it seems to be an indescribable kind of tag, but there are also a number of swastikas spray painted on the graves.

“I felt sadness and anger [when I saw the damage], but also a resoluteness to restore the site as fast as we can. We will not give in to acts of vandalism.”

The cemetery, which was established in 1918, contains 305 Commonwealth graves from the First World War and 36 from the Second World War.

Mr Francis said it was not yet known if specific nationalities had been targeted, as the Commonwealth graves were not separated by country.

“It looks random to us,” Mr Francis added.

The commission, which maintains the graves of 1.7 million Commonwealth servicemen and women, said the incident had been reported to police and that staff were attempting to restore the headstones.

Mr Francis said there had been a “spate” of vandalism at various Commonwealth war grave sites, including one at Belfast City Cemetery earlier in the week where 12 headstones were knocked over and broken.

Commonwealth graves were also spray painted at at the Mierlo cemetery, near Eindhoven in the southern Netherlands, in September, Mr Francis said.