Keepers at the Australian Reptile Park estimate there were more than 100 healthy spiders in the sac. 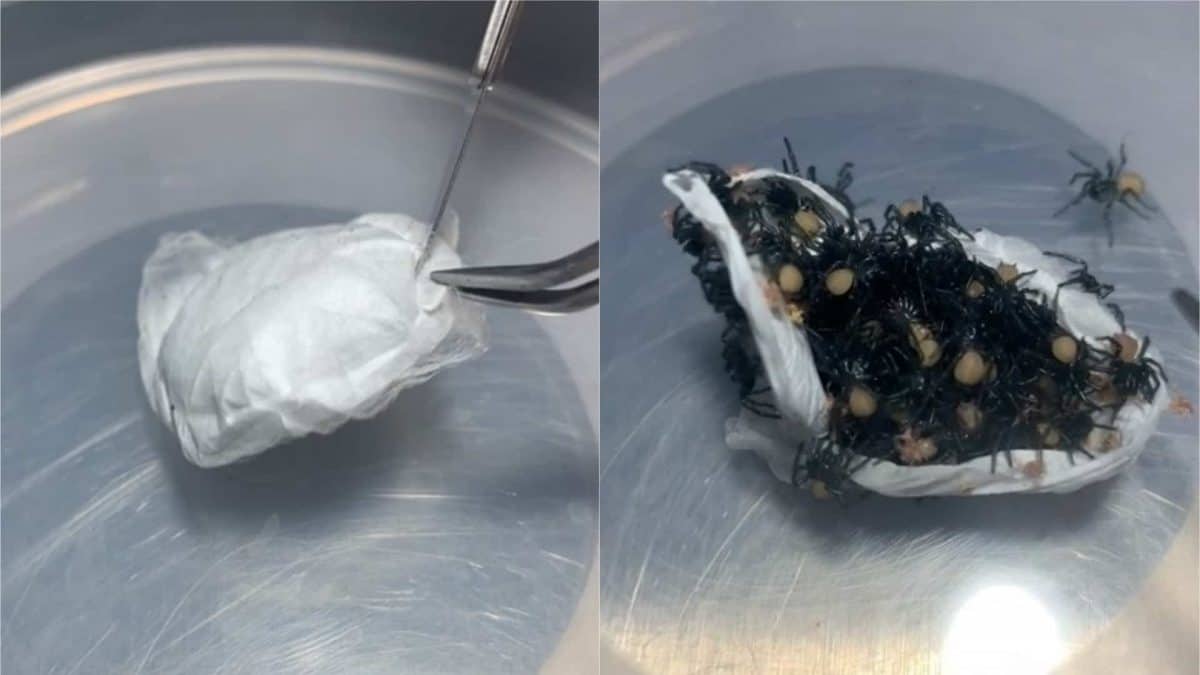 The Australian Reptile Park has left viewers reeling with a video of the opening of a sac containing a mass of baby spiders.

The spine-tingling video shows the first ever opening of the egg sac which held deadly funnel-web spiders, bred in captivity.

Funnel-web spiders are native to Australia, and are often found in damp and shady spots. They are considered extremely aggressive, and are said to defend themselves against attack.

Keepers now estimate more than 100 healthy baby spiders were born as a result of the sac opening.

The video, which features head of spiders Kane Christensen delicately opening the sac with a scalpel, marks a significant success for the wildlife sanctuary in New South Wales.

It is hoped more spider births will help with the park’s anti-venom programme.

Keepers will milk the spiders, sending the raw venom to a company that creates anti-venom for Australian hospitals.

Further excitement is building as 10 more egg sacs are expected to hatch soon, with the park aiming to milk a total of 3,000 spiders annually.