Comedian confronts Hancock over his lockdown affair with aide

"You didn't just fall in love - you were grabbing booty bruv!" 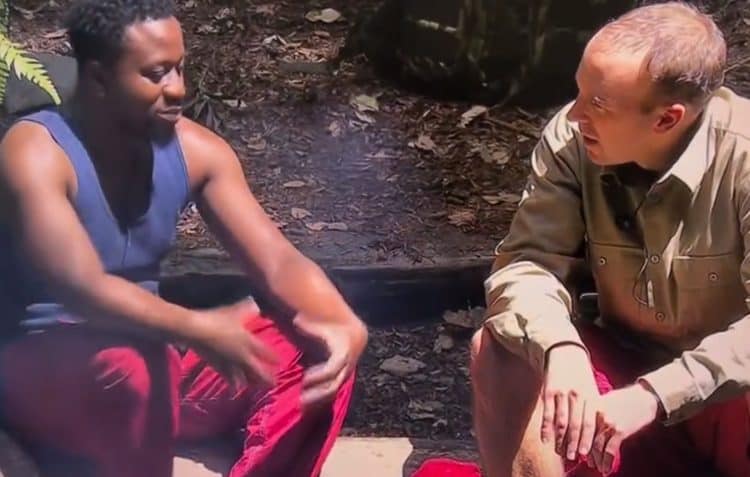 I’m A Celebrity fans have called for Babatúndé Aléshé to be given an award for ribbing Matt Hancock over his Gina Coladangelo affair scandal.

The comedian chatted to the former health secretary about the infamous affair after the politician got back from earning 11 stars in the Tenacles of Terror challenge on Thursday night.

Babatúndé asked Matt: “How have things been?” to which Hancock replied: “It was really tough.”

Babatúndé said: “Because you messed up.”

Hancock replied: “I messed up and I fessed up. I resigned and it’s no excuse but I fell in love, right? That also had a lot of other consequences obviously.”

Babatúndé said: “You didn’t just ‘fell in love’ you were grabbing booty bruv!”

Viewers could hold back their laughter at the exchange and took to Twitter to voice their amusement.