The chairman of Tesco recently apologised for the fact that his company are taking on ex-NHS workers because they get more money there. 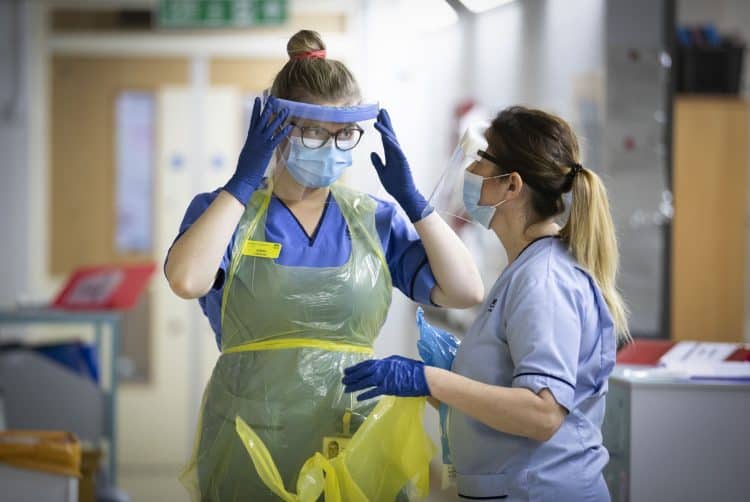 Vital NHS staff are being forced to eat patient’s leftovers and take “better paid” jobs at Tesco, it has been revealed.

Nursing staff at the majority of NHS employers across the UK voted to strike over pay yesterday.

The Royal College of Nursing (RCN) said industrial action will take place in the NHS trusts or health boards that have met the legal requirements.

Many of the biggest hospitals in England will see strike action by RCN members but others narrowly missed the legal turnout thresholds to qualify for action.

All NHS employers in Northern Ireland and Scotland will be included and all bar one in Wales met the relevant legal thresholds.

According to union chief Christina McAnea nurses are quitting their roles for better-paid jobs in supermarkets.

“I was on a TV programme recently with the chairman of Tesco and he was actually apologising for the fact that his company, his shops, are taking on ex-NHS workers because people are leaving the NHS to go and work there because they can get more money,” she told Committee Corridor, the podcast from House of Commons select committees.

“That’s a dreadful situation to be in where people can leave what is a stressful job as a healthcare assistant or a nurse and go and get more money because you can go and work in a supermarket.”

Meanwhile, it has been reported that nurses are being forced to go without meals or eat patient’s leftovers to get through the day.

Speaking to the Mirror, nurse Esther said she is often left exhausted and hungry and unable to afford lunch in the hospital canteen, where a mac and cheese can cost over £8.

She said she has resorted to eating patients’ leftovers during her shifts.

It’s not allowed. When she’s been caught she’s been reprimanded, and she certainly doesn’t want to be eating the dregs left on stained plastic trays.

But if it staves off the lightheadedness and the pangs, gives her energy so she can finish her shift, she’ll do it.

“Nurses have been left with little choice but to consider striking,” she explains. “Although I do worry it will not work.”