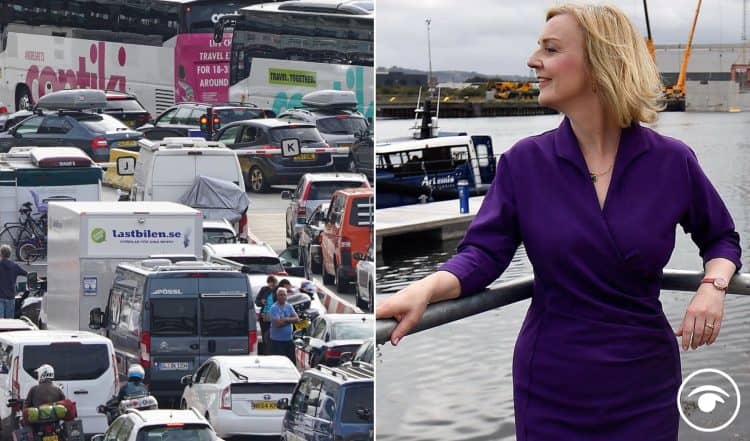 Yesterday the Sunday Express was in a positive mood about the benefits of Brexit.

The article claims that joining the Trans-Pacific Partnership will bring a huge benefit to the UK economy, as households face eye-watering energy bills.

However, this has been debunked in a new video by filmmaker Peter Stefanovic.

Truss is fully behind the plan, and said: “As Prime Minister I would make accession to the Trans-Pacific Partnership a top priority. I put the UK at the front of the queue as Trade Secretary, and I will double down as Prime Minister to ensure that our economy can continue to benefit from increased trade across the world.

“This will create huge opportunities for our businesses to boost their exports to some of the fastest growing markets on the globe. And it will help keep prices on the shelves low for consumers too, through increased choice and competition.”

Ms Truss added: “Joining the Partnership will put the UK at the centre of a growing partnership of like-minded economies, strengthening our and our allies’ hands against an increasingly assertive China on the world stage. This is a perfect example of the type of benefit that Brexit offers our country and I intend to grasp it with both hands.”

But is this claim actually going to make any real difference to people struggling right now to pay their bills and simply survive?

Not according to Peter Stefanovic’s new video or the government’s own predictions.

He shared the video and wrote: “THIS IS RIDICULOUS! Boris Johnson & Liz Truss now want us to believe a new post Brexit trade deal will be good news for hard up families. They forget to mention the Governments own forecast anticipates it leading to just a 0.08% increase in GDP in the long-term (~15 years!)”

He also shared this article in the thread below from the government outlining the potential benefits of this new partnership.