Beijing has found its villain in its multi-fronted conflict with the United States: Secretary of State Mike Pompeo. The former CIA chief has been singled out for scorn, in Chinese state media and even at the foreign ministry, over his criticism of everything from Chinese tech giant Huawei to its record on human rights. During […] 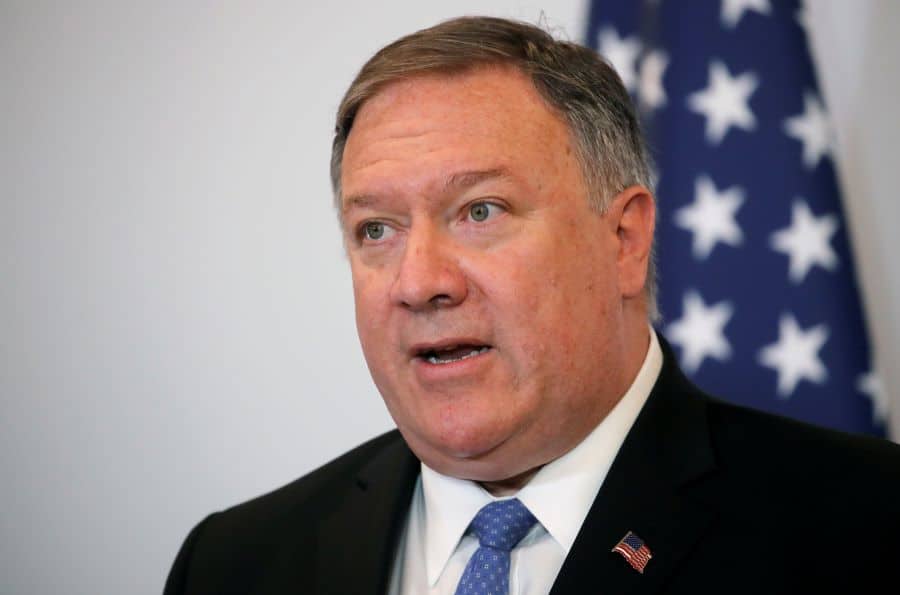 Beijing has found its villain in its multi-fronted conflict with the United States: Secretary of State Mike Pompeo.

The former CIA chief has been singled out for scorn, in Chinese state media and even at the foreign ministry, over his criticism of everything from Chinese tech giant Huawei to its record on human rights.

During a regular media briefing on Monday, China’s Foreign Ministry accused Pompeo by name of telling lies, a striking departure from its usual practice of referring to foreign officials as “the relevant person”, or using similar wording.

Relations between the world’s two largest economies have nosedived amid a bitter trade war, U.S. sanctions on Huawei Technologies Co Ltd, Washington’s support for Chinese-claimed Taiwan and criticism of a China’s treatment of Muslims in its western region of Xinjiang.

Pompeo has also angered Beijing with warnings about Chinese activity in the Arctic and President Xi Jinping’s signature Belt and Road infrastructure programme.

On Monday, China’s Foreign Ministry took Pompeo to task for an interview with Swiss media where he criticised Huawei.

“For some time, Mr. Pompeo has been talking about China wherever he goes. Unfortunately his remarks are filled with lies and fallacies,” ministry spokesman Geng Shuang told reporters.

“Mr. Pompeo should understand a plain truth. That is, every smear campaign with rumour-mongering and discord-sowing will only whittle down further his credibility and that of his country, the United States.”

One Chinese official acknowledged to Reuters the “rare direct mention” of Pompeo by name at the ministry’s daily briefing, its main venue for getting messages out to the rest of the world.

Chinese state media, given a long leash by propaganda authorities to lash out at the United States since the latest trade talks failed last month, has also not minced words.

Strongly nationalistic tabloid the Global Times last month called Pompeo a “gossipy woman” who is trying to “foment dissension”, in a piece that was widely re-published by other media outlets.

On Wednesday the same newspaper called Pompeo “harsh and unreasonable” with a “gangster style”.

Last week, the foreign ministry targeted Pompeo for his remarks on the 30th anniversary of Beijing’s bloody June 4, 1989, crackdown on pro-democracy demonstrations in Tiananmen Square, in which he said “ghosts” had yet to be laid to rest and urged a full accounting of the victims.

One foreign diplomatic source told Reuters that China was responding to the harder line coming out of the State Department on China, and might be testing the waters to try to work out whether this was also representative of what Trump thought, especially ahead of the G20 meeting later this month.

A second foreign diplomatic source said that in private meetings the Chinese are even harsher about Pompeo.

“They rant. They hate him,” said the source, who, like the first source, spoke on condition of anonymity.

Wang Yiwei, a professor of international relations at Beijing’s elite Renmin University, said China viewed Pompeo against the backdrop of his CIA heritage and does not like his direct attacks.

“China feels this is unprofessional and has been upset by it,” Wang said. “Generally China wouldn’t react so intensely, but this man has gone too far.”

The rancour comes ahead of the G20 summit in the Japanese city of Osaka, which Chinese President Xi Jinping and U.S. President Donald Trump will both attend.

China has not cut off communications with Pompeo, though. Last month, he and the Chinese government’s top diplomat, State Councillor Wang Yi, spoke by telephone, with Wang saying the United States must “change its course”, according to the ministry.

Trump himself has largely been spared in the foreign ministry blasts, at least directly, and in Russia last week Xi referred to Trump as his friend.

More acrimony could lie ahead, with U.S. Vice President Mike Pence, who gave a hard-line speech on China in November, expected on June 24 to give a China-focused speech at Washington’s Wilson Centre.