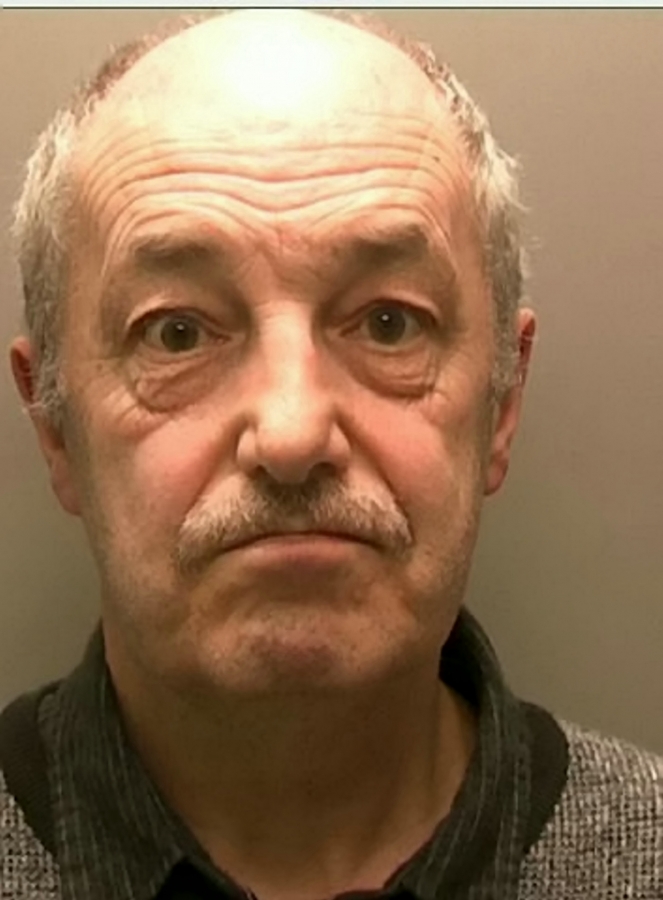 Sick Maurice Berry, 64, who was in his early 20s at the time, preyed on several victims including one girl aged just ‘seven or eight’ while in his role as deputy officer-in-charge.

The children homes’ boss who raped and sexually abused vulnerable young girls in his care in the 1970s has been jailed for 13 years at York Crown Court.

Berry raped one of the girls, who cannot be named for legal reasons, following a “grooming campaign” in which he showered her with compliments and pretended to be her boyfriend.

He also sexually abused two younger girls after sneaking into their room at night or luring them to his own sleeping quarters at May Lodge Children’s Home in Scarborough, North Yorks.

The live-in careworker was by his own admission a strict disciplinarian and on one occasion allegedly ordered one girl to sleep on the floor of the laundry room.

Berry, now a married father-of-two, was arrested at his home in Lincolnshire after one or more of the victims, now middle-aged, finally came forward to police in 2017.

Berry, of North Somercotes, denied all the allegations but was jailed on Tuesday for 13 years at York Crown Court after being found guilty of all but one count following a trial.

He was the second former care worker to be jailed for their wicked crimes at May Lodge.

Last month, Raymond Vasey, 72, from Darlington, was jailed for 17 years for raping and sexually abusing young girls at the children’s home in the 1970s.

Vasey, who was also a live-in care worker in his 20s at the time, preyed on at least three young girls – one just six years of age.

Prosecutor Dan Cordey said one of his victims was just seven or eight years’ old when Berry started coming into her room at night “under the pretence of reading a bedside story” before sexually abusing her.

He told a court that the two instances where Berry had full sex with the older, teenage girl were rapes because “it wasn’t proper or genuine consent (on her part)”.

“The defendant would tell her she was his girlfriend and when she said she didn’t want to have sex with him, he would take the mick out of her and laugh at her,” added the prosecutor.

One of the victims described Berry as “pretty snidey” and said he would come into her room “every opportunity he got”.

“He used to walk around like the Gestapo,” she added.

One of Berry’s victims, now a mother, said her life had been “turned upside down”.

Another victim, who ended up having a nervous breakdown, said that while abusing her, Berry would tell her that “thousands of dads” did that sort of thing.

The third victim, also a married mother, said: “I remember how petrified I would be when I went to bed at night.”

Berry had also worked at a school for handicapped children, a Dr Barnardo’s school in Scotland and Scawby Grove Children’s Home in North Lincolnshire before moving to May Lodge in the 1970s.

After leaving May Lodge, a Methodist institution, he never worked with children again.

Berry, described as “quite arrogant” by former colleagues, moved back to Lincolnshire to work as a bus driver and then as a housing-liaison officer with Grimsby Borough Council.

He then found work as a chartered surveyor providing property and valuation advice to public-sector organisations.

“They were all alone in the world… in a big, rambling Victorian children’s home.

“And you were wandering around, with your keys, taking your pleasure from these little girls in their beds at night. It was wicked.”

He said Berry had “conditioned and manipulated” the rape victim “to such an extent that it was submission”.

The judge said although Berry had “moved on” in his life and had not offended since he had “left damaged lives behind”.

Berry was also placed on the sex offenders’ register for life.

Last week, John William Laister, 77, currently of York, pleaded guilty to 14 sexual offences, including indecent assault and gross indecency, against young girls at May Lodge in the 1960s and 70s.

He will be sentenced on September 3.