Theresa May’s Chequers plan has fallen at the first hurdle after the EU’s chief negotiator ruled out allowing the UK to collect customs duties on its behalf. Michel Barnier said the UK wanted to “take back control” of its money, law and borders – but so did the EU. He said the EU would not delegate […] 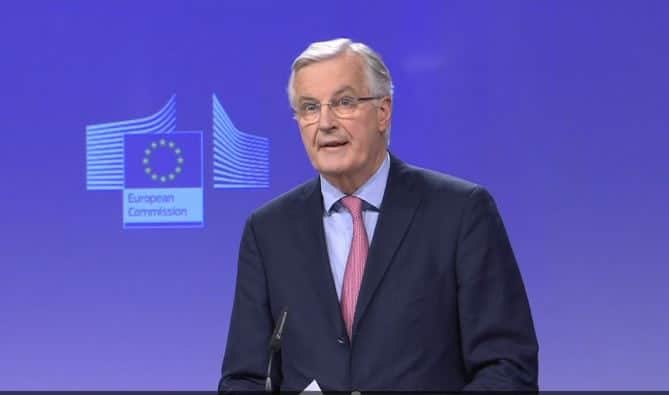 Theresa May’s Chequers plan has fallen at the first hurdle after the EU’s chief negotiator ruled out allowing the UK to collect customs duties on its behalf.

Michel Barnier said the UK wanted to “take back control” of its money, law and borders – but so did the EU.

He said the EU would not delegate “excises duty collection to a non-member”, effectively sabotaging the compromised plan May put to the cabinet earlier this month.

Although both he and the new Brexit Secretary Dominic Raab said progress had been made in negotiations, clear “obstacles” remain if a deal is to be reached in October.

Raab said they will meet again in mid-August to move plans forward, but May now faces a battle on two fronts between her own party and the EU.

According to the BBC’s Brussels reporter Adam Fleming Michel Barnier wants the UK to make a choice.

“If it wants to have frictionless trade with the EU’s single market then it will have to join a customs union, or something like it, which will mean applying the EU’s tariffs and reducing the scope for doing free trade deals with others.

“If it wants more freedom, it will have to agree arrangements with the EU that will reduce friction but not eliminate it altogether.

“It’s an old tune that sounds different after the publication of the UK’s White Paper, which was supposed to have solved this dilemma”.