For decades, the Soviet Union was the staple movie boogeyman. Spy films, sci-fi, action movies and more often had an accented bad guy from mother Russia (or an alien analogue for one), the spectre of the all encompassing evil of communism. Then Rocky punched communism and over the next few years it began to crumble, […] 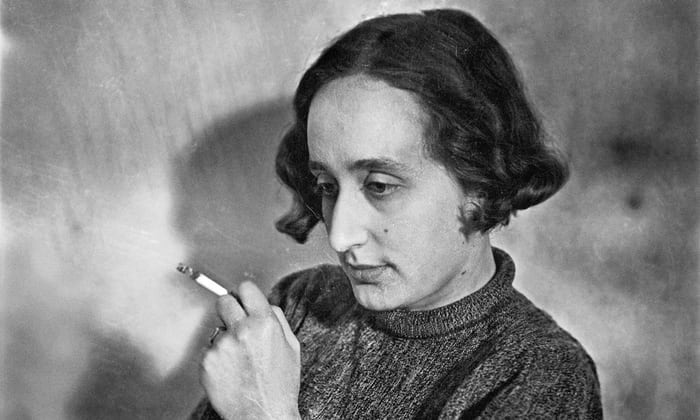 For decades, the Soviet Union was the staple movie boogeyman. Spy films, sci-fi, action movies and more often had an accented bad guy from mother Russia (or an alien analogue for one), the spectre of the all encompassing evil of communism. Then Rocky punched communism and over the next few years it began to crumble, first the Berlin wall, then the USSR itself. Culture moved on, we found new boogeymen. Now though, Russia is back in the news, espionage is at the top of the agenda, on our front pages most days. There couldn’t be more fortuitous timing for the release of this documentary about photographer and Russian spy Edith Tudor-Hart.

If you have an interest in the Cold War or the history of espionage, you’ll likely know at least a part of the story of Edith Suschitzky, born in Austria to left wing parents, she grew up to be a dedicated member of the communist party, loyal to Moscow even though she never went there. From 1933 onwards she lived in England, initially in London with her husband Alexander Tudor-Hart. Edith was clearly a fascinating character, pulled in two directions; the artistic and the ideological. As an artist she created brilliant photography, with her journalistic work producing especially striking imagery of working class people in Britain. As an ideologue she worked hard to benefit the USSR; she was instrumental in recruiting at least some of the Cambridge Five, and for some time she de-facto ran the London Rezidentura. This film, by her great nephew, attempts to provide a comprehensive overview of Edith’s life and to put equal focus on both sides of that life.

For the most part, Tracking Edith is a fairly bog standard documentary; talking heads and archive imagery alternating to show and tell us about Edith and her work. Occasionally, director Jungk shows a little more visual ambition, silently dramatising a few key moments with animation highly reminiscent in its look of Marjane Satrapi’s Persepolis. It’s a pity Jungk doesn’t expand on these moments, which are easily the film’s most arresting and, for me, the only part that got me truly caught up in Edith’s story. Often I would find myself listening to the episodes being related and imagining how much more dynamic they would seem, even with the same narration, through that animation.

As it is, this is seldom a dull film, but it’s very often a dry one. The other aspect of the film that counteracts this is Edith’s photography. Her images are beautiful, stunningly and often unusually composed, but they capture something desperate that feels like it would feed in to her politics. Her camera sees injustice and inequality and, at least I suspect in her rationale, her political activity seeks to help correct that injustice.

The range of knowledgeable talking heads means that we get what is likely as comprehensive a picture of Edith as is possible. Most interesting, especially in what he doesn’t say, is her brother Wolf Suschitzky (a cinematographer, and the father of the great cinematographer Peter Suschitzky). There are, you sense, still secrets that nobody is likely to give up.

Tracking Edith is mostly a film for people with an established interest in the broad strokes of its subject. Even at 90 minutes it can be a slog listening to all this information which, for the most part, isn’t very dynamically presented. If you’re interested in the Cold War, this is worth catching, if not very cinematic. For me, and I suspect most other audiences, we’re more likely to come away thinking that Edith’s story would make a great spy movie. Casting ideas anyone?