Students were left fuming after an anti-abortion charity set up a booth at a university fresher’s fair – with models of foetuses. Undergraduates complained to organisers about the tasteless demonstration by charity Life, and they were told to remove their foetal models because they were too “political and offensive”. Brunel University London had stalls of […] 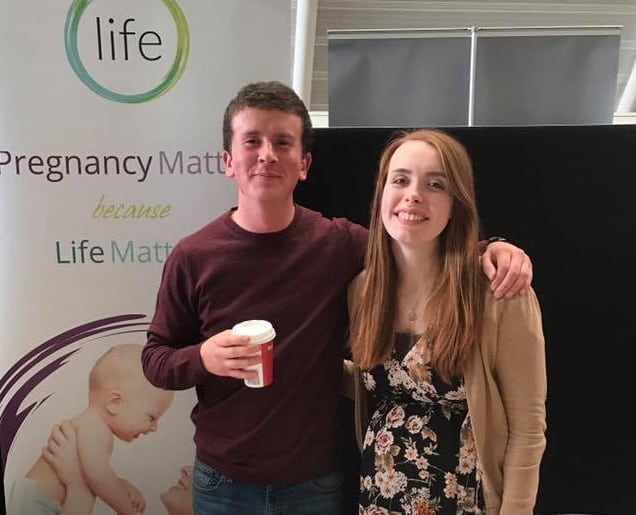 Students were left fuming after an anti-abortion charity set up a booth at a university fresher’s fair – with models of foetuses.

Undergraduates complained to organisers about the tasteless demonstration by charity Life, and they were told to remove their foetal models because they were too “political and offensive”.

Brunel University London had stalls of societies, clubs and support groups at the fayre designed to welcome new students and help them settle into university life.

Life, a pro-life organisation offered support to woman during unwanted pregnancies and counselling for woman who have had abortions – and even had a pregnant volunteer manning the stall.

They had rented a stall at the west London uni to give leaflets and information to new students and were placed on the stall next to the Christian Bible Study group.

The University said that the choice to allow them to go was a “mistake” and they were donating the charity’s fee to their Woman’s Officer Organisation.

Anne Scanlan, Director of Education and Media at Life said: “Freedom of expression has become a huge issue in universities.

“Surely in this day and age if you cannot discuss controversial issues in university then where can you?

“The average woman isn’t happy about having an abortion.

“But if she does find herself pregnant then people need to reach out and help.

“We want young women to know that there are other options.

“We anticipated problems because we have been deemed controversial and have been asked to leave at previous universities.

“But not one student who spoke to us had a problem with what we were doing.
We don’t agree with abortion but we weren’t there to promote a hard line issue we were there to promote our care services.

We paid to be at the fayre and had every right to be there to promote our care services.”

Life had three foetal models on the table of a foetus from 12 weeks to 32 weeks, which they say show the development of an unborn child.

Brunel University Student’s Union asked them to put the models away, out the view of passing students.

Anne said: “The Student’s union came up to us up in arms and said they didn’t want us to leave but asked us to put away our models because people were finding them offensive.

“The people saying this wanted people to believe that an unborn child is just a clump of cells.

“Children love them in primary schools so I don’t understand how they can be offensive to university students.

“We were not showing any graphic images of abortions, it is Life’s policy not to show images like that.”

Masters student Mehvish Maghribi, 23, who studies international relations said: “They were forcing pamphlets into people’s hand but that was like every other stall there.

“I am happy to debate people if the platform was there but this was not that platform. I’m happy to have both sides represented but there’s a time and a place for this kind of thing.”

Phoebe Sullivan, 20, an International Politics student and President of Brunel University Politics Society said: “I was at fresher’s fair this year and they were not hurting anyone.

“In my opinion anyone should be able to discuss their point of view and they weren’t stopping people from doing anything.

“They didn’t offend me but I believe in freedom of expression.

“If you don’t like it then don’t look at it.

“Personally I am pro-choice but just because you don’t agree with something doesn’t mean that it shouldn’t be there.”

Rachel Kerslake, Vice President of Brunel University’s Students Union said, “We are very sorry that we accepted this booking at our Fresher’s Fayre, this was a mistake.

The booking was taken through a transitional period between staff and was not scrutinised with the level of depth that would normally be expected, and the staff did not fully realise what the stand would involve.

“We want to support students with their health and well being with the objective support and advice and will be gifting any money raised from the booking, along with matching funding from the Union to our Women’s Officer’s Campaign budget.

“We will be updating and delivering appropriate training to ensure that our staff have the necessary tools and experience to not let this happen again.”