An interview with NFU Scotland president was conveniently edited so there was no mention of the 'B' word in the dispatch. 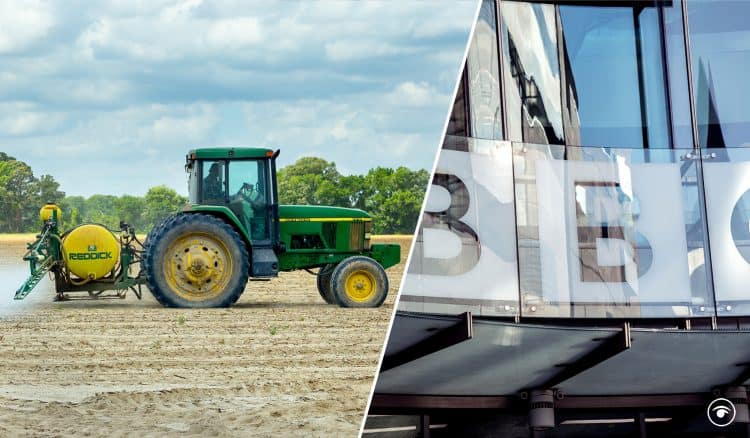 The BBC has once again been accused of editing out references to Brexit in a report on farming and food shortages in Scotland.

According to National reports, the national broadcaster left out comments from National Farmers Union (NFU) Scotland president Martin Kennedy which had already been published in full on their own news site.

Kennedy was talking about the “perfect storm” that farmers had been going through.

In the clip aired on BBC Scotland, Kennedy stated: “We’ve heard the time period earlier than a few ‘perfect storm’, however I’ve by no means seen something like this earlier than.

“And it really is a perfect storm, on the back of the Covid issues where we had a real lack of labour.”

The article reads: “NFU Scotland president Martin Kennedy instructed BBC Scotland the influence of Russia’s invasion, after a two-year interval which introduced Brexit and the Covid pandemic, was ‘absolutely devastating’.

It’s not the first time the BBC has been caught editing out Brexit from their news bulletins.

Last year a trader in Manchester appeared on the channel bemoaning the rapid price increases of fish in the aftermath of the UK’s split from the EU.

A clip shared on social media went viral, with Alastair Campbell saying the shift in price is being “called out by those paying the price, but not by the politicians who are supposedly there to serve the public interest.”

But according to eagle-eyed social media users, when the clip aired on BBC later that evening any mention of Brexit had been edited out!