Retailers will have “nowhere to go other than to raise the price of food.” 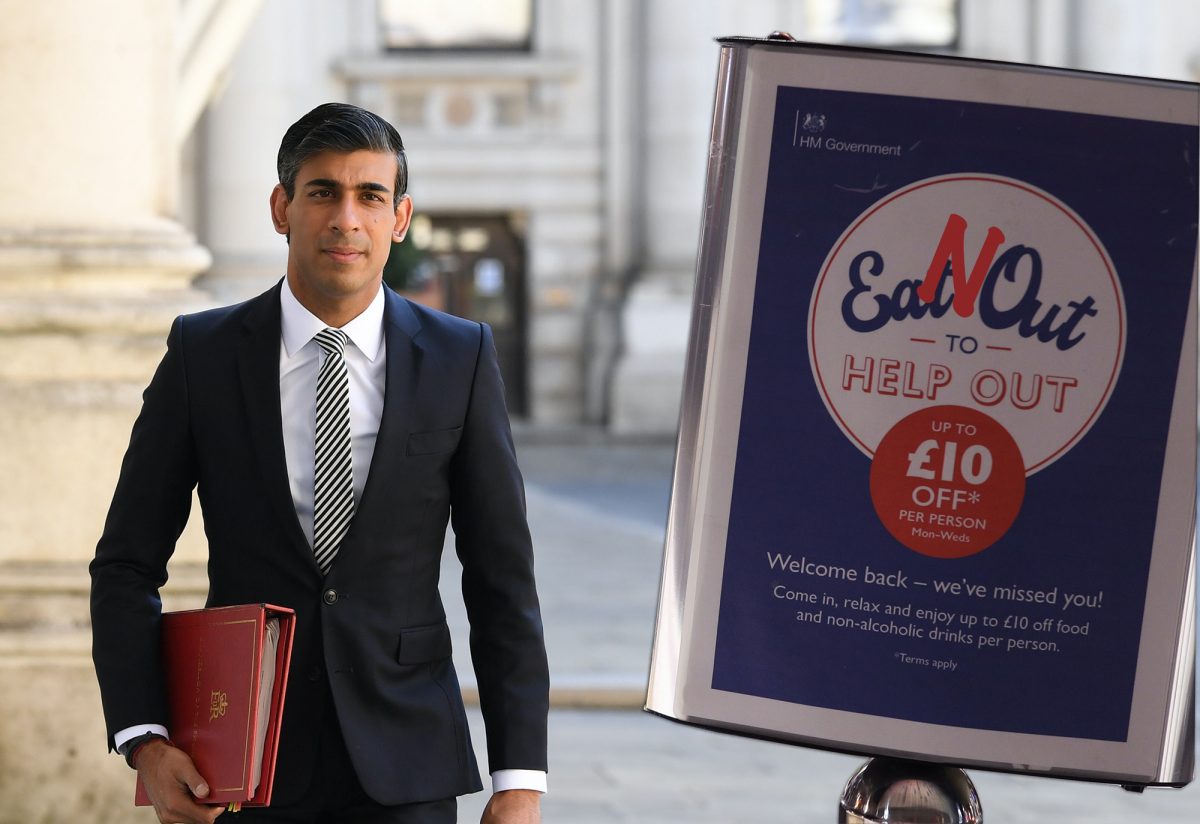 The public could be hit with a double whammy of high unemployment and higher prices if the UK leaves the EU without a deal.

The multibillion-pound Job Support Scheme, which will last for six months from November, will see the state and employers top up the wages of staff working at least a third of their normal hours.

A worker doing a third of their normal hours will still receive 77% of their usual pay, up to a cap – 33% from their firm for the hours worked, a 22% top-up from the employer and a further 22% from the state.

Other measures included in the package include an extension of the VAT cut for tourism and hospitality and more flexible terms for the repayment of Government-backed loans.

But sectors including the performing arts have warned there was little to help their venues remain open.

Can’t save every job

Steve Barclay, who is Mr Sunak’s deputy as chief secretary to the Treasury, defended the measures as being targeted to roles that remain “viable” but warned “we cannot save every job”.

Sectors hardest hit by the restrictions in place to slow Covid-19’s spread continued to raise warnings despite the Chancellor’s Job Support Scheme to help pay wages for employees able to work at least a third of their hours.

Lord Wolfson told BBC Radio 4’s Today programme that the seemingly permanent shift to online shopping means that a lot of “unviable” jobs are in retail.

Asked if a lot of those roles are in retail, he replied: “I think that is right. I wouldn’t want to underestimate the difficulty that is going to cause a lot of people who work in retail.

“I think it’s going to be very uncomfortable for a lot of people. We will inevitably, and have already, reduced the number of people working in our shops and I’d expect that to continue over the coming five or six years as the demand for retail goes down.”

Shoppers will face higher prices for their weekly shop due to mammoth tariffs unless a free trade deal is secured with the EU, a leading trade body has warned.

The British Retail Consortium (BRC) said supermarkets and their shoppers will face an annual £3.1 billion tariff bill for food and drink.

The industry group said retailers will have “nowhere to go other than to raise the price of food” to mitigate the tariffs if there is no deal before Christmas.

It said many non-food retailers will also face “large tariff bills” for EU-sourced products, increasing the cost on struggling shops and their customers.

Andrew Opie, director of food and sustainability at the BRC, said: “Unless we negotiate a zero-tariff deal with the EU, the public will face higher prices for their weekly shop.

“This would prevent harm to shoppers, retailers and the wider economy.”

n May, the UK published its new tariff schedule, which will be implemented by January 1 next year if a deal is not agreed.

The figures revealed that we are likely to see a 48% tariff on beef mince, 16% on cucumbers and 10% on lettuce.