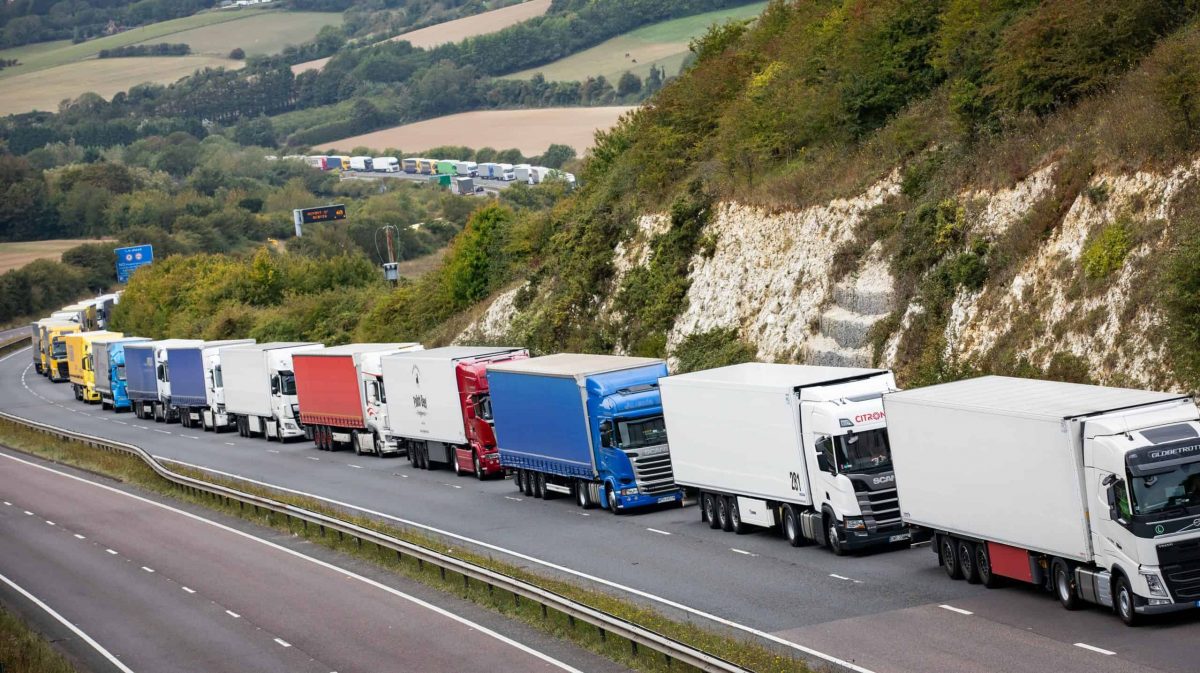 British hauliers got a taste of what’s to come after the Brexit transition ends as Operation Stack was activated in Kent in response to industrial action in Calais.

Freight traffic is being held on the coastbound carriageway of the M20 between Junctions 8 and 9.

Operation Stack is now in place on the coastbound carriageway of the #M20 between Junctions 8 and 9 due to industrial action in #Calais. Read more at: https://t.co/ZZ9M1QdlbX

Ferries between Dover and Calais are suspended due to a 24-hour strike by staff at the French port, which began at 8am on Thursday.

Ferry operators DFDS and P&O Ferries normally run a total of up to 50 sailings per day on the route.

Industrial action by French port workers in Calais continues and our services remain suspended. We are transferring our customers to other providers where possible. If you wish to postpone your trip, amend via your online account or our amendment form.: https://t.co/L2gmBMqmFX

DFDS has switched one of its Calais ships to the Dover-Dunkirk route to provide extra capacity.

Freight vehicles and passengers due to travel between Dover and Calais with DFDS on Thursday were shipped onto Dover-Dunkirk sailings instead.

The Port of Dover said in a statement: “We will continue to monitor the situation closely in liaison with our ferry partners and the Port of Calais in order to resume normal operations as soon as possible.

“Please note that there may be delays to services when the Port of Calais re-opens.

“We apologise for any delays or inconvenience as a result of the industrial action in France.”

Earlier this week Michael Gove warned of 7,000-truck-long queues in Kent if hauliers fail to prepare for the end of the Brexit transition period.

The reaction to a de-facto internal border in Kent was far from complementary.