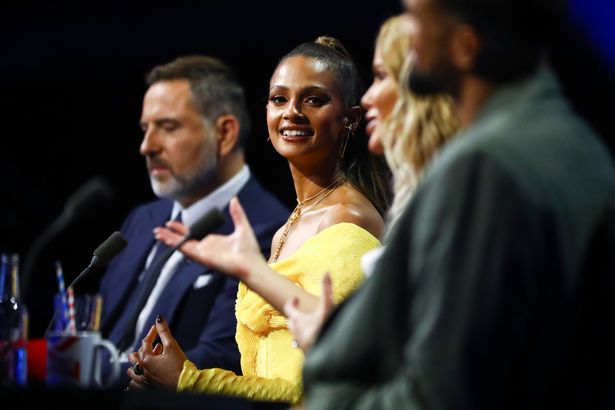 More than 1,900 angry viewers complained to Ofcom over an episode of Britain’s Got Talent in which Alesha Dixon wore a Black Lives Matter necklace.

The episode on Saturday saw Dixon, a judge on the show, sport a necklace with the letters BLM outlined in gold.

Ofcom said the vast majority of complaints it received about the episode related to Dixon’s choice of necklace.

The sketch saw Lucas – who has lampooned Johnson throughout the coronavirus crisis – standing behind a mocked-up lectern bearing the slogan: “Stay Alert, Bake Cake, Save Loaves”.

Purely by coincidence, the broadcast of the episode was delayed by 15 minutes to make space for the prime minister’s address to the nation, in which he announced a string of new coronavirus restrictions.

Earlier this month more than 24,000 people complained to Ofcom after previous BGT winners Diversity performed a BLM-inspired routine on the show.

The performance saw a man in a police uniform kneel on star Ashley Banjo, echoing the killing of unarmed black man George Floyd, while other dancers performed with police riot shields.

Dixon wore her BLM necklace in response to the incident. Speaking to the Daily Mirror as the Diversity controversy unfolded, she said: “On the day of the performance, the camera didn’t actually pan to the judges and I was sitting there in floods of tears.