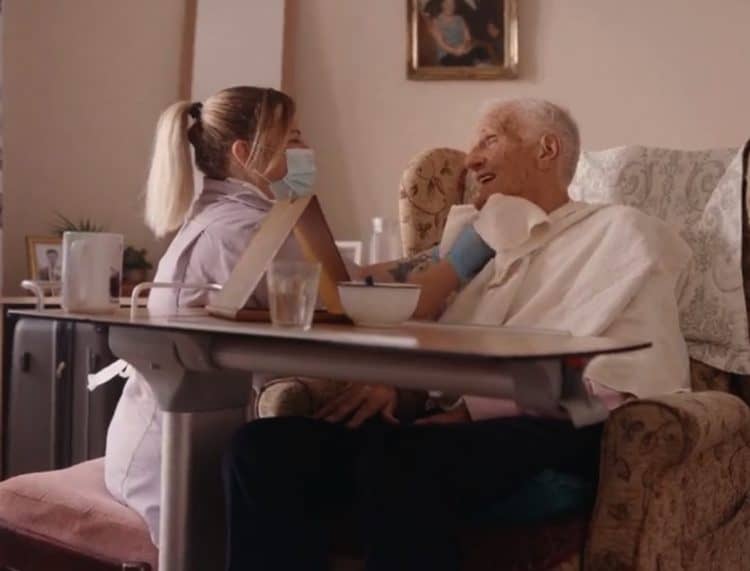 The Tories have launched a massive campaign to fill more than 100,000 social care vacancies, praising a care career as “exciting and rewarding”.

A social media campaign will accompany a TV advert telling UK residents that there is “no better time to become a care worker”.

The government advert will run from today (Wednesday, November 3) on ITV, Sky and Channel 4, as care workers have been leaving their jobs in droves because of burnout, low salaries and vaccine requirements.

‘We need more people who have these core values’ – Sajid Javid

But health secretary Sajid Javid insisted a career in social care is “rewarding”, adding: “We need more people who possess the core values this workforce embody so strongly – kindness, compassion and resilience – to look after our friends and family with dignity and respect.”

Almost seven per cent of adult social care jobs have been vacant on any given day since 2020, amounting to 105,000 roles up for grabs, according to Skills for Care.

But a report by the workforce body found turnover in the industry has also been high over the past year, at almost 30 per cent, equivalent to around 410,000 leaving their UK care jobs, according toThe Independent.

It comes as care leaders have been urging the government to lift its post-Brexit visa requirements on low-paid EU workers to ease UK’s care crisis, as more and more EU workers have left Britain.

Currently, the qualifying salary to be allowed in the UK is £25,600 and care workers are not on the government’s occupation shortage list.

Earlier this year, the National Care Association said the care industry was hit by Brexit upon being urged to help fill staff shortages.

Nadra Ahmed, chair of the National Care Association, said: “It’s not something that we haven’t been warning about – for quite some time now. Before the pandemic hit, we had over 124,000 vacancies in our sector.

She added: “When people talk about the domestic workforce coming forward, I feel quite insulted actually. What do they feel we do? Our first preference when we advertise is for local staff. People are just not coming forward. They’re not seeing social care as a career option.

“We have to make some move that will enable people to come back to work in the UK if they want to. Some may have now decided they don’t want to, but actually we have to have that option.

“Without it, we will see more contracts being handed back. We’ll see more small providers that we care for become unstable. That’s the worry we have.

“The only people being let down by this lack of joined-up policy are the individuals we care for.”