Supporters of the new face covering rule in English shops believe it could help save lives. 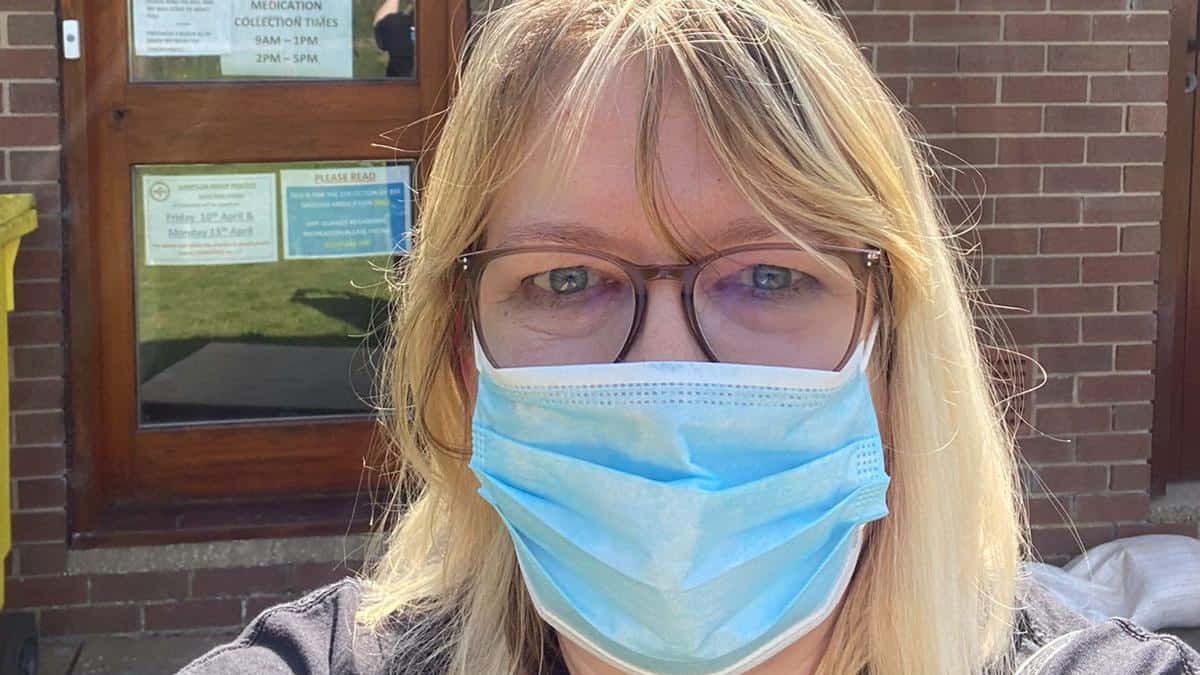 A cancer patient who has been shielding for four months has blasted protesters against the new mandatory face covering rule in English shops, describing them as “selfish and individualistic”.

Prime Minister Boris Johnson has faced a backlash over the new rule from Conservative Party members and former minister Sir Desmond Swayne, who claimed it goes against their libertarian values and that there is insufficient evidence that the measure has meaningful health benefits.

The new rule is a “way to make everybody safer”

For Angela Steatham, however, the new rule is “a way to make everybody safer”, as she describes sacrificing her freedom after shielding in her home in Powis, North Wales, for 122 days and counting.

Ms Steatham, 56, has chronic lymphocytic leukaemia and was also diagnosed with skin cancer while shielding.

“I’m old enough to remember seat belts being made mandatory and there was exactly the same sort of reaction,” she told PA news agency.

“Now, nobody would question wearing a seat belt except absolute idiots.”

In Wales, face coverings will only become mandatory for public transport when new rules come into force on July 27.

Ms Steatham said: “When I see people disputing the need to take precautions, when I have sacrificed my freedom and independence, it makes me so mad.

“It’s not about them catching the virus, it’s about them not transmitting it.”

“It’s not about them catching the virus, it’s about them not transmitting it”

One doctor at a London hospital told PA: “I wore an FFP3 (respiratory mask), some goggles, a hat, a full-length gown with the consistency of a bin bag and two pairs of gloves solidly for about two months.

“A bunch of Tories can wear a napkin over their face to go Waitrose.”

Spurgeon Smith, from Kings Heath, Birmingham, believes the Government was too late in imposing the new face covering rule, which comes into force in England from June 24 and carries a maximum fine of £100 for non-compliance.

His brother Alanzo Smith, 62, a mental health worker from Chingford in north-east London, died on May 10 after testing positive for coronavirus.

Speaking to PA, Spurgeon Smith said: “If we were told to wear masks in February or March, he (Alanzo) would’ve had a better chance of being saved.

“It’s a bit late to have this rule now but I think it’s a good idea.

“It’s better to do this now before a possible second wave.”

“For the public good”

He told PA: “We do it for the same reason that we no longer smoke in restaurants and public places and wear seat belts.

“In the old days people have a few drinks and go home driving in a car, the chances that they’ll kill somebody on an individual basis was not high but if everybody did it there’d be a lot of accidents.

“You have to look at it as a point of public good, anything that reduces the chances of disruptive surges and second waves is a good thing.”

Keith Neal, emeritus professor of the epidemiology of infectious diseases at the University of Nottingham, said the lack of strong evidence of the effectiveness of face coverings should not be considered a problem.

He added: “The evidence is accumulating that they have a part to play in reducing transmission and also in protecting the wearer.

“Issues may arise on exemptions apart from age as people can claim to meet one of the exemption categories without obvious evidence.

“Exemptions like for anxiety can easily be used as an excuse given the apparent reluctance from too many people.”