It comes as Dominic Raab was accused of going AWOL during an international crisis after he defied orders not to go on holiday. 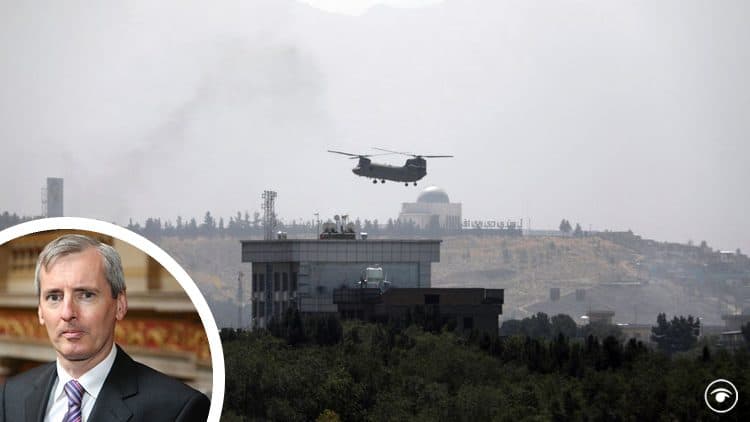 The UK’s ambassador to Afghanistan has remained at Kabul airport to help process the applications of those seeking to leave.

Despite the scramble to evacuateas the Taliban advances into the capital, the ambassador Sir Laurie Bristow was said to be remaining in the city last night to help out.

Boris Johnson said he was at the airport helping to process the applications of those seeking to leave.

So @Channel4News says the British Ambassador to Afghanistan remains at the airport in Kabul personally processing visas for interpreters. Respect.