The foreign secretary raced back last night after defying orders not to go. 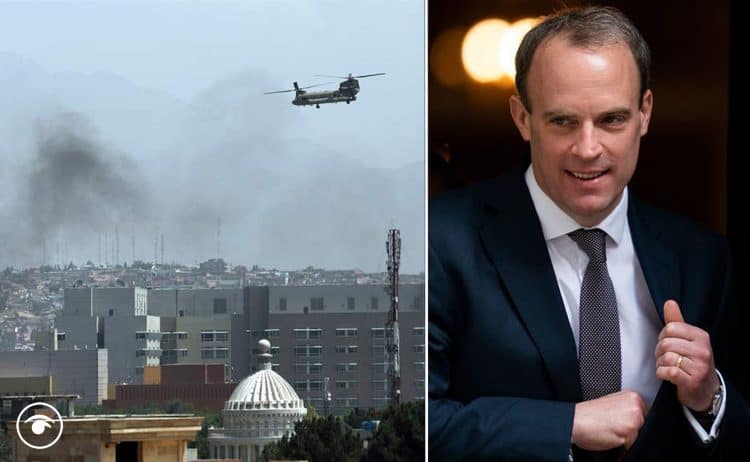 The foreign secretary was ‘missing in action’ as the situation in Afghanistan escalated, according to reports.

Dominic Raab was advised to not go on holiday as tensions in the country heated up, but he went anyway.

The Foreign, Commonwealth and Development Office (FCDO) said Mr Raab was returning to the UK on Sunday and was “personally overseeing” the department’s response to the crisis.

…and our Foreign Secretary, @dominicraab, has decided to stay on holiday.

However, Labour’s shadow foreign secretary Lisa Nandy said that his absence during a moment of major international upheaval was unacceptable.

“For the foreign secretary to go AWOL during an international crisis of this magnitude is nothing short of shameful,” Ms Nandy said.

“A catastrophe is unfolding in front of our eyes and while the foreign secretary is nowhere to be seen, hundreds of British nationals are being evacuated and his department is cancelling scholarships for young Afghans.”