"Show them a little bit of dignity. They’re all queuing up on High Street and everybody in the buses could see them, should be done in a community centre," one person said. 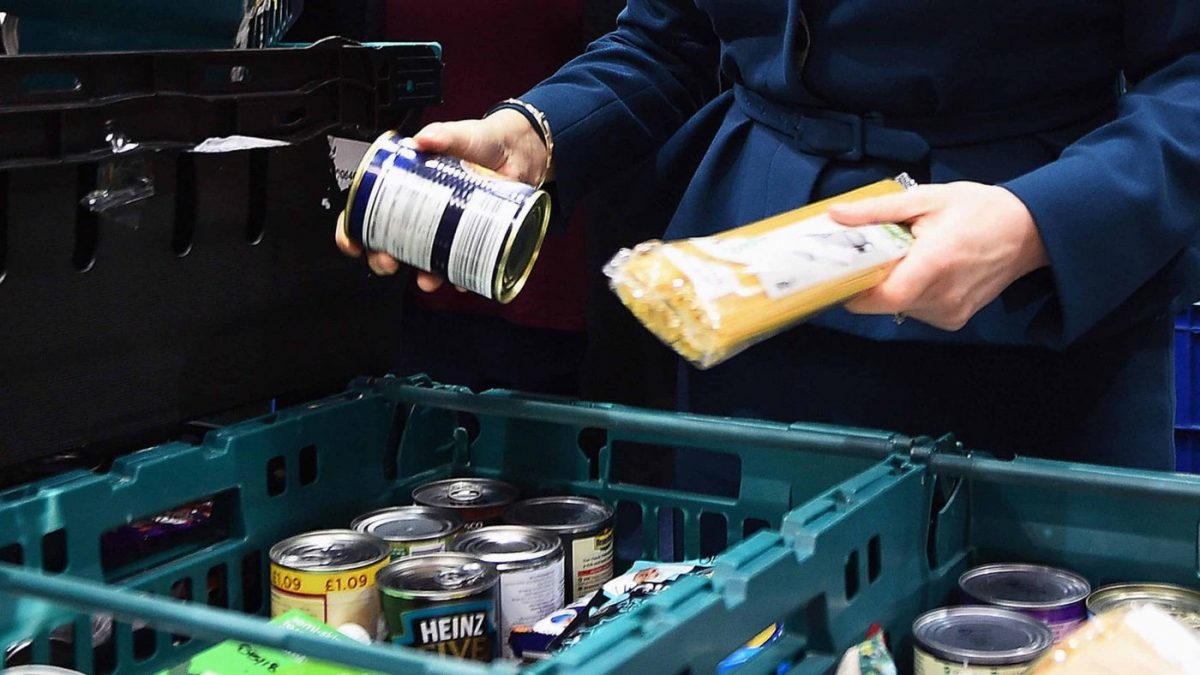 Pictures of long queues outside a food bank in Swansea have emerged as people struggle to cope with the cost of living crisis.

Scores of local residents were seen collecting items out of boxes on the pavement in Swansea’s Matthew Street, off High Street near Dyfatty, and filling their bags.

In another part of the city, a table of goods free to anyone to collect was stripped of much of its contents in just 30 minutes, Wales Online reported.

One person who saw the queue said they didn’t think it was fair people had to pick goods out of boxes on the ground.

“Show the people some dignity and surely there’s some room or office or even a church they can collect the food from, not a side of a pavement where everybody can see them”, they said.

“All I ask for is you show them a little bit of dignity. They’re all queuing up on High Street and everybody in the buses could see them, should be done in a community centre.”

According to reports, food bank use has hit an “all-time record” in 2022 – with April’s energy bills rise still on the horizon.

Citizens Advice head of policy Morgan Wild said xhancellor Rishi Sunak ’s £350 of help – £200 of which must be paid back – has not “grasped the challenge” and he will need to come back with more help for the poorest “over the coming months”.

Mr Wild told MPs on the Commons Work and Pensions Committee: “Over the past month Citizens Advice has seen a record demand since the pandemic began of people coming to us for advice.

Giving evidence to MPs, the Trussell Trust food bank charity blasted extra help through councils as a “postcode lottery” and warned many of its users don’t know it exists.

And the IFS think tank warned families on benefits will see a real-terms cut when rates are raised by only 3.1 per cent – £10.07 a month for Universal Credit – in April.

Not up to me

IFS Deputy Director Robert Joyce suggested benefit rises should be calculated on a more recent February inflation figure, not the figure from last September as is the case now.

Yet Work and Pensions Secretary Therese Coffey said no further support is currently planned and said it was up to Chancellor Rishi Sunak, not her.

She said: “It’s the Chancellor who put together that £9billion package on energy. I think that’s pretty substantial.”