By Joe Mellor, Deputy Editor The referendum campaign sinks lower and lower and I think many would just like it to be over now. Now a plane flying a Vote Leave banner flew over Trafalgar Square as Jo Cox’s husband paid an emotional tribute to her. The event this afternoon was arranged on what would […] 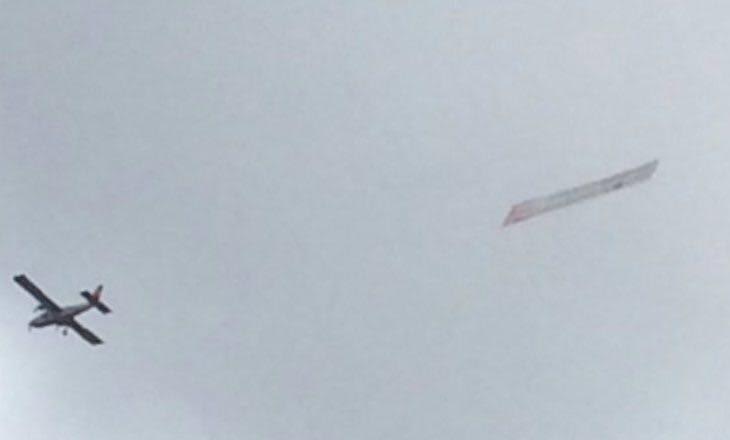 The referendum campaign sinks lower and lower and I think many would just like it to be over now.

Now a plane flying a Vote Leave banner flew over Trafalgar Square as Jo Cox’s husband paid an emotional tribute to her.

The event this afternoon was arranged on what would have been her 42nd birthday, until she was brutal murdered last week.

Mr Cox had been telling crowds his wife ‘lived for her beliefs’ and would have been spending the day campaigning for Britain to remain in the EU, as the plane flew over.

I hope that @vote_leave have condemned this. A disgrace which is the opposite of all #JoCox stood for #LoveLikeJo https://t.co/kBZ9OamBti

Just when you think this referendum couldn’t get worse, Leave fly a plane with banner over Jo Cox’s memorial. Three times. Three.

.@voteleave flying your plane over the memorial tribute to Jo Cox in Trafalgar Square is beyond low. Have some self respect and disappear!

The fly past had originally been scheduled to take off at noon today but was delayed until  3.30pm because of poor weather conditions. It was organised by Britten-Norman Limited, independently of the official Vote Leave campaign, who has since apologised for the actions of the company.