"It's possible that the impact of the pandemic, alongside other factors such as the UK exiting the European Union, may have influenced the behaviour and decisions of the non-UK population living in the UK." 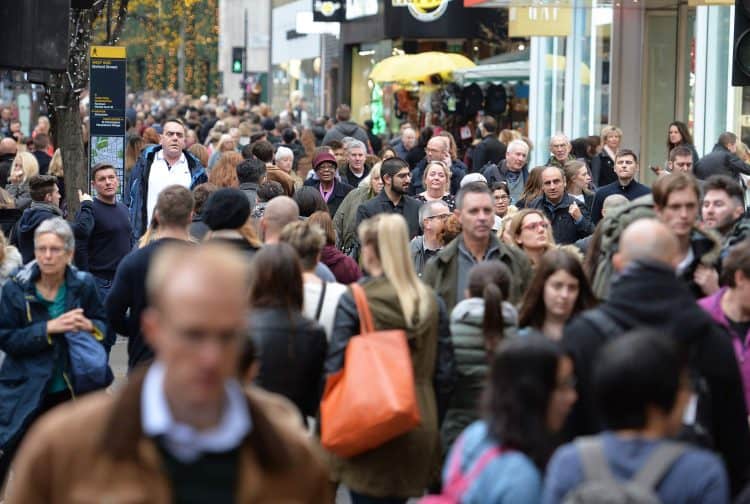 The number of European Union nationals who are living in the UK has fallen, figures show.

Office for National Statistics (ONS) data for 2020 shows that within a year, the population of EU nationals in the UK dropped by 200,000, from 3.7 million to 3.5 million.

Experts have said the Covid-19 pandemic and Brexit have likely been factors in people’s decision to move from or to the country.

An ONS spokesperson told the PA news agency: “Decisions to migrate are complex and a person’s decision to move to or from the UK will always be influenced by a range of factors, including social and economic reasons.

“It’s possible that the impact of the pandemic, alongside other factors such as the UK exiting the European Union, may have influenced the behaviour and decisions of the non-UK population living in the UK.

Other sections of the population have remained stable, including non-UK-born residents of which there are 9.5 million, and non-British residents who total 6.1 million.

The current population of the UK is estimated to be around 67 million.

Polish continues to be the most common non-British nationality, making up 738,000 of residents. Romanian is the next most common at 384,000, followed by Irish, Indian and Italian.

India is still the most common non-UK country of birth with 880,000 people, followed by Poland with 691,000, and then Pakistan, the Republic of Ireland and Romania.

London continues to be the region with the largest proportion of people who were not born in the UK and are not British.

Non-UK-born residents make up 37% of Londoners, and non-British people make up 22% of the capital’s population.

The local authority with the highest percentage of non-UK-born residents is Kensington and Chelsea (53%). This is a change from 2018 and 2019 when Brent had the highest.

Due to the pandemic, the way the ONS collects population data has changed which means it cannot be compared to previous years.

Jay Lindop, director of the Centre for International Migration at the ONS, said: “Our best estimates show that while non-UK born and non-British populations remained broadly stable in 2020, the number of people living in the UK with EU nationality fell.

“However, the impact of the coronavirus pandemic on how our survey data were collected and the statistics produced means there is a high level of uncertainty around numbers below EU and non-EU level, which should not be compared against previous years.”

There are three main reasons for differences between nationality and country of birth.

People who are born abroad who decide to remain in the UK often apply to become British nationals.

Some who are born abroad already have British nationality because, for example, their parents were in the military and were based abroad when they were born.

Some who are born in the UK to migrant parents also take the nationality of their parents.

Related: More than 60 per cent of EU citizens stopped at UK border are Romanians