French exports to the UK plummeted by 13 per cent in January compared to the average of the previous six months. 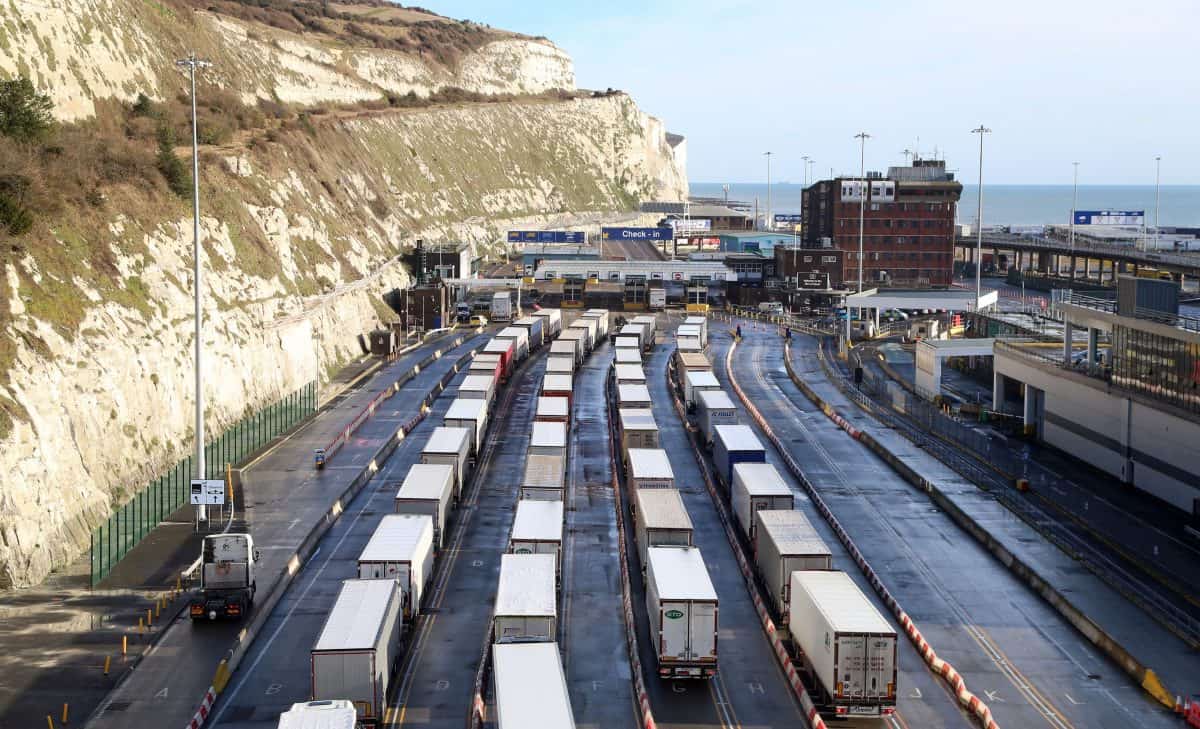 Brexit disruption has battered trade flows, with the first hard data since the implementation of Boris Johnson’s deal showing a steep decline in activity between the UK and a host of large EU countries.

French exports to the UK plummeted by 13 per cent in January compared to the average of the previous six months and French imports from the UK fell by 20 per cent, the French customs office said.

The figures are in sharp contrast with the volume of French exports and imports from other countries – which rose in January compared with the previous month, the Financial Times reported, in a sign that the barriers and uncertainty thrown up by Brexit have significantly impacted commercial activity between the UK and the EU, its largest trading partner.

Johnson’s trade deal avoided tariffs on most goods – but trade has still been disrupted by higher shipping costs, transport delays, health certificate rules and more complex customs requirements. Some tariffs are still in place on some goods that are imported into the UK and then re-exported to the EU.

German exports also tumbled in January, down roughly 30 per cent year-on-year – accelerating a decline in trade between the two countries since the Brexit referendum in 2016, figures released this week reveal.

Last month Italy reported a 38 per cent year-on-year drop in exports to the UK and a 70 per cent drop in British imports in January, among the steepest declines compared with other European nations.

However economists cautioned it was unclear how much the decline can be attributed to Brexit and how much has been caused by the coronavirus pandemic, which dealt a shattering blow to global trade in the first half of 2020.

“I have a hard time deciding what is the impact of Brexit and what is simply down to the impact of coronavirus, Gilles Moec, chief economist at French insurer Axa, told the FT.

The UK has unilaterally sought to ease aspects of the Brexit deal relating to Northern Ireland in recent days, acting to address another element of the controversial rules governing trade on Friday night.

A ban on importing plants potted in soil from Great Britain to the region has been temporarily lifted. While most agri-food goods are, or will be, subject to extra regulatory processes to enter Northern Ireland under the terms of Brexit’s Northern Ireland Protocol, some have been banned altogether.

That prohibited list includes plants or vegetables potted in British soil or with traces of soil still attached to them. This has caused problems for many businesses in Northern Ireland, particularly garden centres.

It has become somewhat of a touchstone issue in the public debate over the merits of the protocol, with its critics citing the ban on pot plants as evidence of excessive and disproportionate bureaucracy.

The move comes in a week when London has also unilaterally extended grace periods that currently limit regulatory checks on imports of agri-food retail goods and customs declarations on GB parcels sent to the region.

The European Commission is taking legal action against the government for those moves, accusing it of breaching the protocol.