NHS Providers is challenging the government over its defence of the recommendation for health workers to receive a one per cent increase, which Labour says is a “real-terms cut” to wages. 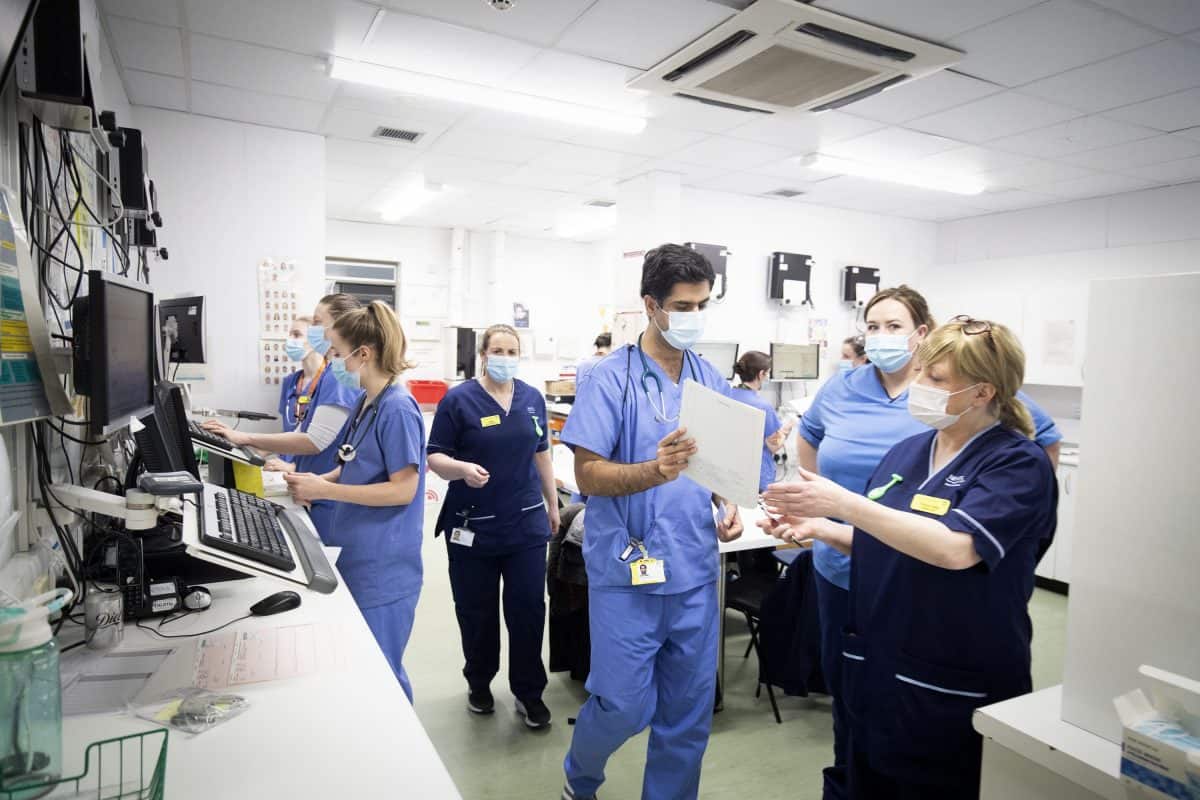 Ministers have recommend an NHS staff pay rise of half what was budgeted for, according to the organisation representing NHS trusts in England.

NHS Providers is challenging the government over its defence of the recommendation for health workers to receive a one per cent increase, which Labour says is a “real-terms cut” to wages.

The organisation said detailed work had been conducted by the NHS on a long-term plan in which it claimed the government assumed an NHS pay rise in 2021/22 of 2.1 per cent, not one per cent.

Saffron Cordery, deputy chief executive of NHS Providers, said a pay rise had been “baked in” to spending assumptions.

“We are really clear that the government had already budgeted for a pay rise of 2.1 per cent, so what we are saying is – given where the NHS is at, given what frontline staff have been through – it seems absolutely wrong to take from their pocket right now a pay rise that was due to them,” she told BBC Radio 4’s Today programme.

Health Secretary Matt Hancock told a press conference on Friday that the government had “set out what is affordable” in the face of a challenging financial picture following £400 billion of borrowing in response to the coronavirus pandemic.

He argued that NHS staff had been “carved out” of a pay freeze affecting other public sector employees.

But Labour shadow health minister Alex Norris said the country was in “unprecedented circumstances” and NHS workers “deserve a pay rise” following a gruelling 12 months on the front line of the epidemic.

He told the BBC: “Choosing actively when trying to balance the budget to take money from the NHS pay cut seems a very strange set of priorities to us.”

On Friday, the council of the Royal College of Nursing (RCN) said it had decided to set up a £35 million industrial action fund to support its members should they wish to take action.

Unite, which represents tens of thousands of NHS workers, is also warning of industrial action, while Unison said people should stand on their doorsteps and balconies for a mass slow handclap at 8pm next Thursday to show what they think about the “derisory” wage proposal.

Sara Gorton, head of health at Unison, said if the government sticks to its 1 per cent pay offer to health service workers it will “cause widespread industrial upset”.

“What we need to focus on is the fact this is by no means a done deal,” she told BBC Breakfast.

“The issue is we want the chance to make the economic case. All of the trade unions have been working together to try and persuade the Chancellor of the benefits this could bring economically.

“It puts money into the pockets of people who live in every part of our country, every part of the UK – there isn’t a family I know who doesn’t have a friend or family member who works in the health service.”