"It is simply absurd. It is quite hard to comprehend or understand, or to even find out why this is even happening.” 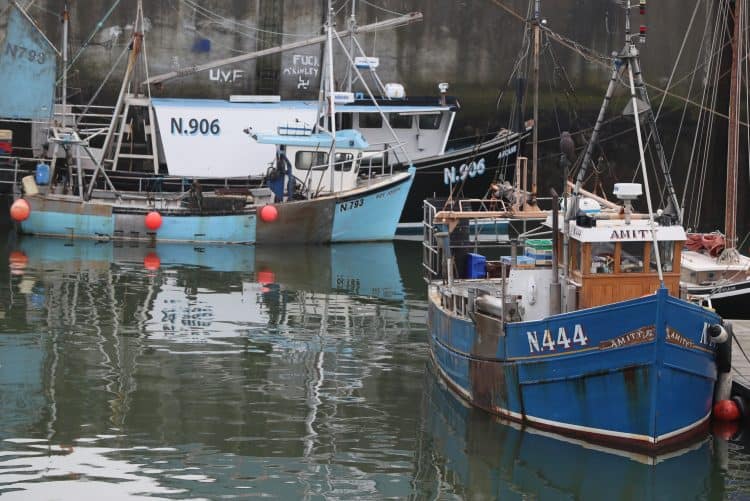 Mr Shannon told the Westminster Hall debate how fishermen have no problem catching a fish beyond the harbour at Portavogie, Kilkeel or Ardglass, but because of the protocol, when they bring it back in “they are subjected to all sorts of rules, tariffs and levies”.

The protocol, though, is not fully implemented, the MP for Strangford warned, and things could get worse.

Mr Shannon said: “Remember that what we currently have is implementation of some 20% of the protocol.

“It has permitted seamless trade between Northern Ireland and the EU, but what would the result be if the protocol was implemented in its entirety, as some would like?

“The irony we have is that if the protocol is implemented in its entirety, then every time a locally owned fishing vessel, based in a local harbour such as Portavogie in my constituency in Northern Ireland, returned to its home port in Northern Ireland, it would have to comply with EU regulations requiring it to act as though it came from a third country, my goodness, such as Iceland, Norway or Russia.”

He added: “Northern Ireland’s fishermen would be foreigners in their home ports. It is simply absurd. It is quite hard to comprehend or understand, or to even find out why this is even happening.”

She said: “The protocol is an agreement signed up to by this Government but heavily weighted in favour of the Irish Republic, which seeks to punish amongst others Northern Ireland fishers, because Brexit finally ended the discrimination suffered by our fishermen under the EU’s Common Fisheries Policy.”

During the debate, other issues were raised, such as the need for the Government to ensure the six to 12-mile limit becomes “UK-only” after the transition period.

Mr Mangnall said even France was surprised the UK agreed to give non-UK vessels access to fish in UK waters under certain conditions as part of the Brexit deal.

The MP for Totnes said: “On the six to 12-mile limit, we have the opportunity after the transition period to be very clear about what we want for that area.

“I really ask the Department for Environment, Food and Rural Affairs (Defra) now to start talking about its intentions. I used to be a negotiator in shipping, and I understand that you don’t want to reveal your hand, but it is important to give the clarity that we are going to go forward and ensure that that six to 12-mile limit becomes UK-only, which is what was expected before the deal.

“In fact, it was a great surprise to those it didn’t. Many of my fishermen in Dartmouth, Salcombe and Brixham also made the point that their counterparts in France could not believe that we had given away that part of the deal.”

Environment minister Victoria Prentis said the annual fishing opportunities negotiations are under way and the Government’s aim is “to secure a package of fishing opportunities and access arrangements for 2022 for fisheries which are consistent with our fisheries objectives, set out in the Fisheries Act 2020, which are informed by the best available scientific evidence”.

She added: “We are currently working very hard to deliver this through negotiations with the EU, with Norway and with the Faroese. We are determined to be a pragmatic negotiating partner.”