The NHS Confederation says the Government ‘should be under no illusion that the NHS will be harmed’ by the potential failure to agree a deal. 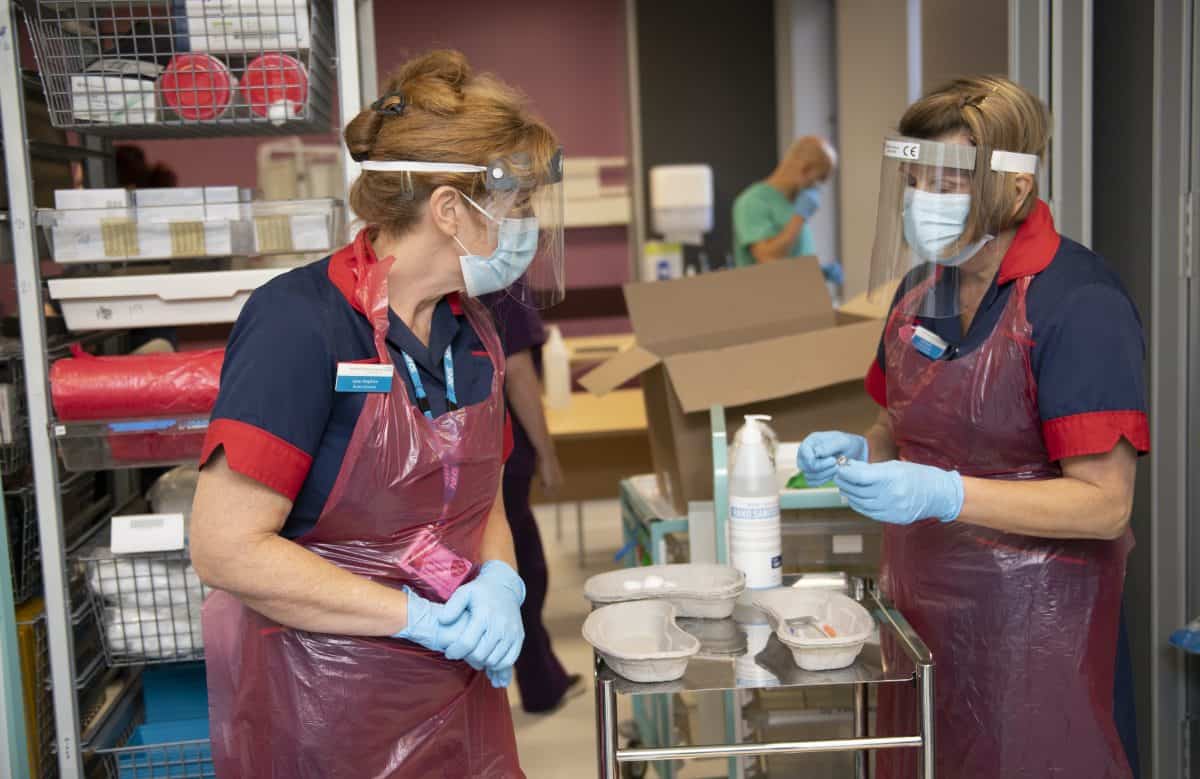 NHS leaders have called on the Prime Minister to extend the Brexit transition period by a month, as it warns that no-deal could risk the health of patients during the Covid-19 crisis.

Faced with an alarming rise in Covid-19 infections, they say that a month delay will take the NHS out of “the immediate danger zone, and it will enable the NHS to continue to focus on fighting the pandemic without having to contend with disruptive changes brought about by a no-deal outcome”.

Talks are continuing on Wednesday as EU chief negotiator Michel Barnier said there is a “final push” to reach a post-Brexit trade deal before the December 31 deadline.

The NHS Confederation warning comes in a letter telling the Prime Minister that “tough” action similar to the new Tier 4 rules are needed to avoid a disruptive cliff-edge moment on January 1 and help protect the NHS.

It says: “Come January 1, the NHS will be battling the greatest challenge in its history during what is traditionally its busiest time of year.”There are now nearly 19,000 patients in hospital with Covid-19, close to the first-wave peak, and the conveyor belt is picking up speed as we head into the festive period.”

The warning came as a negotiated Brexit deal looks increasingly unlikely and  Health Secretary Matt Hancock described the new variant of coronavirus as being “out of control”.

Health leaders say the NHS faces having to make  significant adjustments in a short timespan as new rules, guidance and information will be introduced  from January 1 without a deal.

On Sunday the rate of recorded positive cases in the UK doubled over a week and the number of non-Covid patients waiting more than a year for treatment now stands at 160,000, according to the NHS Confederation.

All this is happening as the vaccine rollout has begun while the workforce is tired and depleted, they said.

The letter says: “The NHS might not be perceived to be on the Brexit negotiating table, but the disruption shockwaves from a no-deal outcome could push the NHS’ ability to function over the edge.

“Given we are days away from the cliff edge, we urge you to extend the transition period by a month, buying the NHS a precious few extra weeks and enabling the UK to leave the EU after a one-year transition period.”

Fears have already been raised by NHS Confederation members in the South East that a no-deal Brexit will see ambulances struggling to reach patients and medics being delayed for their clinics due to major congestion on the Kent roads.

They could have these barriers while facing some of the highest levels of Covid-19 infections and the additional risks that the increased traffic, lorry parks and congestion could bring to NHS services in the South East, it is suggested.

The letter adds: “With Operation Stack implemented with borders closed to the continent and rampant Covid-19 infections meaning the region has already breached the safe level of hospital bed occupancy, the South East will face disruption even if a deal is reached.

“Should a deal not be reached, the magnitude and extent of disruption will be of a much greater order.”

It also warns the Prime Minister “your Government should be under no illusion that the NHS will be harmed by the potential failure to agree a negotiated deal”.

NHS Confederation chief executive Danny Mortimer said: “The Prime Minister’s decision at the weekend to introduce tougher restrictions in light of the deteriorating situation facing the NHS was the right one.

“The UK has just recorded its highest ever daily rise in infections and over the next few days patients in hospital with Covid-19 will breach the peak of the first wave.

“The virus has found another gear and will leave the NHS in its wake, so we support the actions the Government has taken to protect the NHS.

“But a similarly tough stance is needed in the event of a no-deal outcome.”

A Government spokesman said: “Our healthcare system will thrive after the transition period and we continue to explore every route to a deal.

“We are on our way to delivering 50,000 more nurses by the end of this parliament and providing a record cash funding boost of £33.9 billion extra a year for the NHS by 2023-24.

“We have worked closely with the health and care system, suppliers, industry and the devolved administrations to put in place robust measures to ensure the continued supply of medicines and medical products so everyone can receive the highest quality care.”