More than 700 people have bought the 'Brexit Box', which contains enough food for one person to survive without anything else for a month

by Ben Gelblum
in Food and Drink, News, Trending 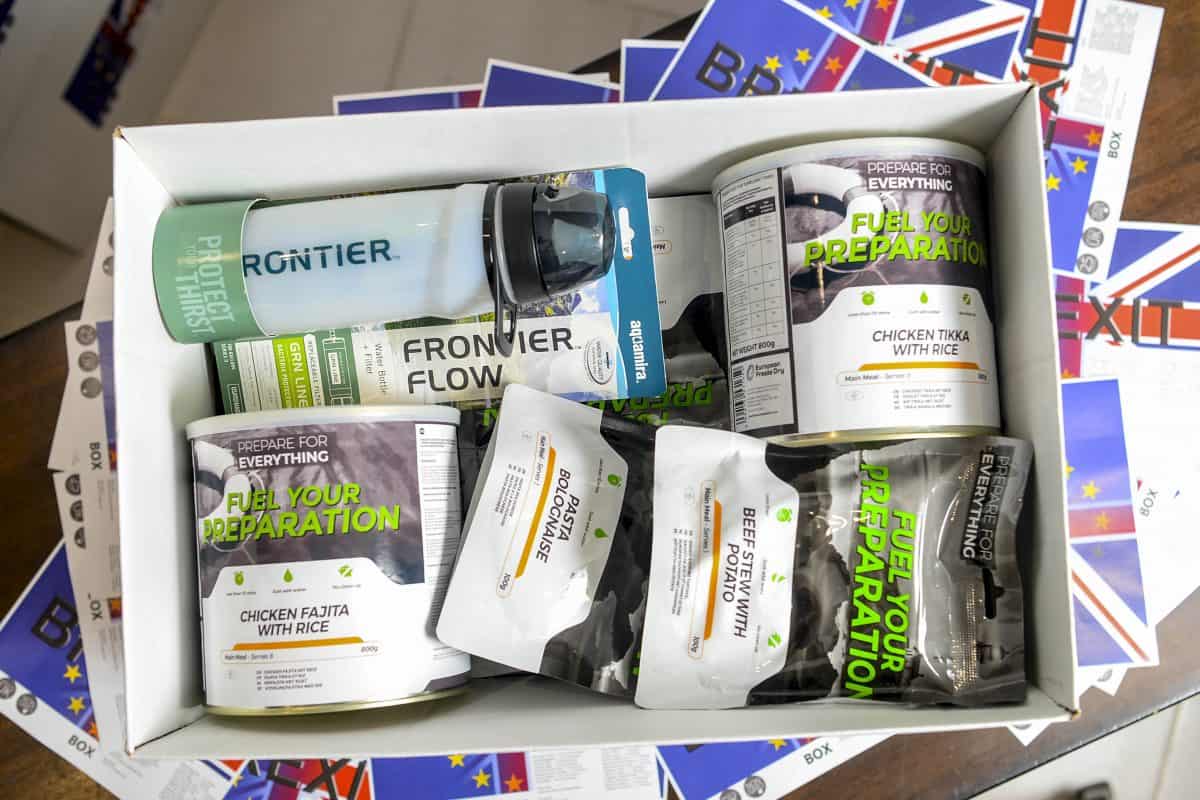 A survival kit costing £300 preparing Britons for the possibility that food imports will be hampered if the UK leaves the EU with a no deal Brexit has been launched.

More than 700 people have bought the ‘Brexit Box’, which contains enough food for one person to survive without anything else for a month.

Inside the package, which has a shelf life of 25 years, there are 60 freeze dried meals, 48 portions of meat, a water filter and fire starting gel. 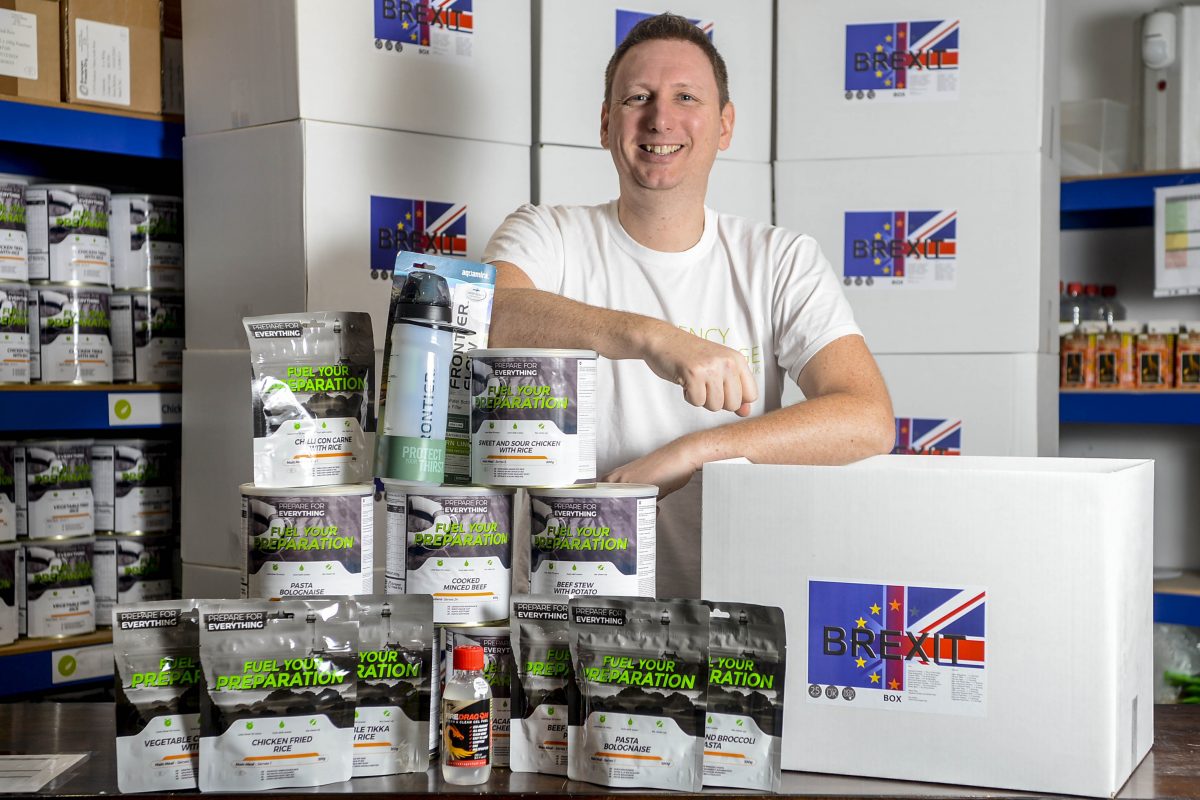 In the wake of the launch a government spokesman reassured Britons that there’s no need to stockpile food. Though the Sunday Times today revealed the government has been gaming plans for martial law, a state of emergency, curfews, and other drastic measures in the event of disorder after a no deal Brexit.

He added: “We’re hearing that there could be some problems at the ports and this could affect food imports.

“If that’s the case then you need something in place to protect yourself.

“We want people to be prepared.

“I think there’s a definite possibility people will need these kits, things are so chaotic at the moment.” 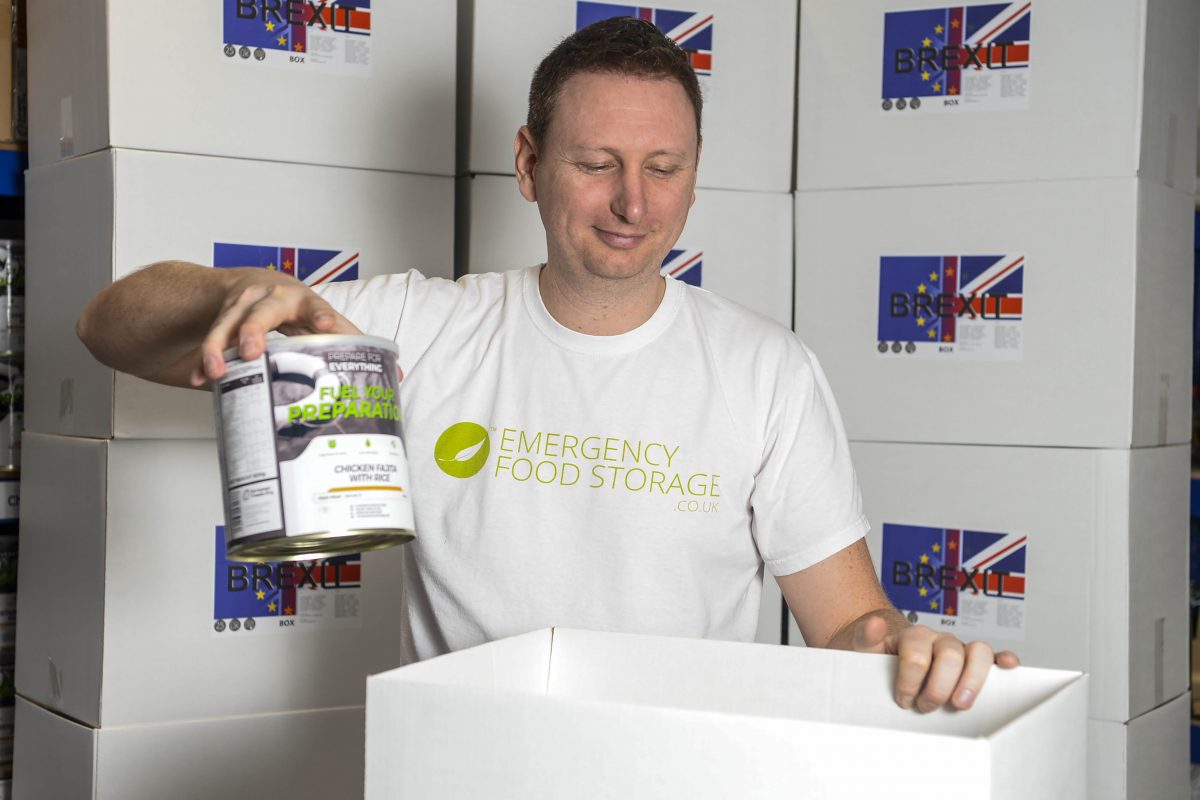 Some of the meals included in the Brexit Box are beef and potato stew, chicken tikka and pasta bolognese.

“The UK has a strong level of food security built upon a diverse range of sources including strong domestic production and imports from third countries. This will continue to be the case whether we leave the EU with or without a deal.”