A Scottish pub group said some businesses “will go bankrupt this week and next week because of this distribution chaos”. 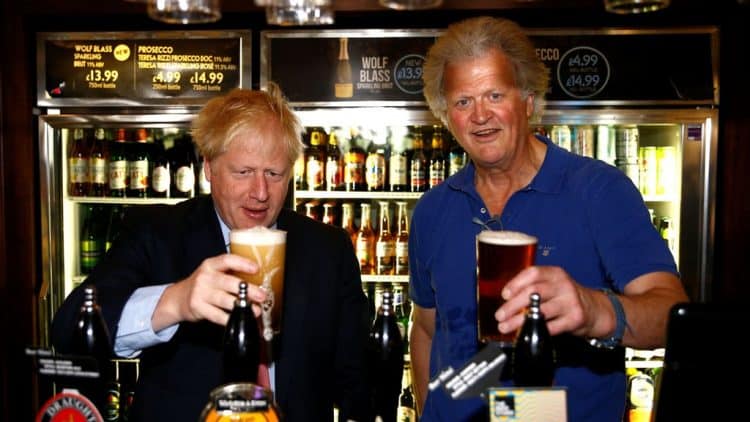 Pubs are struggling with beer supplies because of lorry driver shortages, with many having to stop serving until supply chain issues get resolved.

Watering holes across the country are at risk of drying up completely over the back end of the summer, with large pub chains hit particularly badly, according to reports.

Emma McClarkin, chief executive at the British Beer and Pub Association, has urged the government to put lorry drivers on the list of occupations facing shortages post-Brexit.

Scottish pub group Mor-Rioghain has said that some businesses “will go bankrupt this week and next week because of this distribution chaos”, with the Scottish Licensed Trade Association adding that deliveries have either reduced or stopped over the past week.

It comes as EU citizens were prevented from coming back to work in the UK, or decided to move back to the EU post-brexit.

“The HGV driver shortage is being felt by our sector like so many others”, McClarkin told the Daily Mail.

The Fox and Hounds Pub in Clavering, a village in the Tory and Brexit voting Saffron Walden constituency, said some customers shouted and swore at staff after facing beer shortages.

And The Rising Sun in Rochester, Kent, also admitted it is struggling with shortages “on many items”, which they said is ‘out of their control’.

But the move is meant to help replace a shortage of 100,000 truck drivers, previously made up primarily of Eastern Europeans, who have been unable or unwilling to work in the UK because of post-Brexit rules and UK’s Covid travel restrictions.

Earlier this month, a lorry driver explained why he is thinking of following in the footsteps of his colleagues and moving back to Romania to work across Europe.

Viorel Alexandru Onu, from Transylvania, Romania, used to work from his home country across Europe, and he thinks his previous work conditions were better than the ones he has in the UK.

He said there is now more risk, tiredness and pressure on lorry drivers delivering to UK supermarkets, because they are expected to cover for Brexit-related drivers shortages under even longer working hours approved by the government.

“The problem is there are the same drivers left in the UK. To cover for the shortages, you have to bring drivers from abroad.”

But transport minister Grant Shapps insisted he does not support “using foreign labour to tackle a long-standing issue in the haulage industry”, whilst admitting the road freight sector is facing “historic shortages”.