"How long until portable toilets are out on the A20 ? There are NO facilities for drivers waiting for hours. Forced to p*ss in bottles like animals." 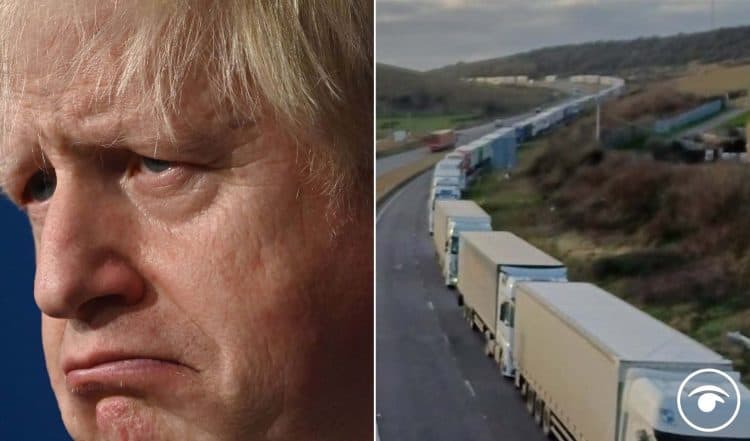 Huge lorry queues building up at the Port of Dover have been blamed “entirely” on extra controls which have come into force from Brexit, and it is only going to get worse

One person tweeted: “THIS IS INSANE… 17km Brexit lorry queue on the M20, but the government have seemingly turned off the traffic cameras so you can’t see it!!”

Actor David Schneider shared his tweet, added: “If you want to know how the sunlit uplands are looking they’re literally turning off cameras on the M20 so people can’t see the damage.”

Going to get worse?

Sadly it looks like it will be getting worse later this year.

Passengers from non-EU countries will have to carry out biometric checks at the border.

“I’m worried about EES,” says Doug Bannister, the chief executive of the Port of Dover.

“It works great at airports, where you have single passengers presenting themselves one at a time in an orderly fashion in a nice well-lit hall.

“Where it doesn’t work here, is there is no process, no technology, no design for a car-load of passengers transiting a busy ferry terminal on a dark stormy night. It just doesn’t not exist.”

Between them, the Channel Tunnel and Port of Dover carry more than 30 million passengers a year.

They also account for more than £260 billion of trade. 59% of all trade in goods between the UK and the EU.

“All the dire predictions of what would happen in a hard Brexit scenario didn’t happen,” says Mr Bannister.

“Now what’s at stake though is a repeat of that. EES could create the same challenges.”