In a surprise statement outside Number 10 Downing Street Prime Minister Theresa May called for a snap General Election on June 8, going back on repeated promised not to. With Conservatives around 20 points ahead of Labour in opinion polls, many Tory figures have been urging the PM to go ahead with this U-turn despite […] 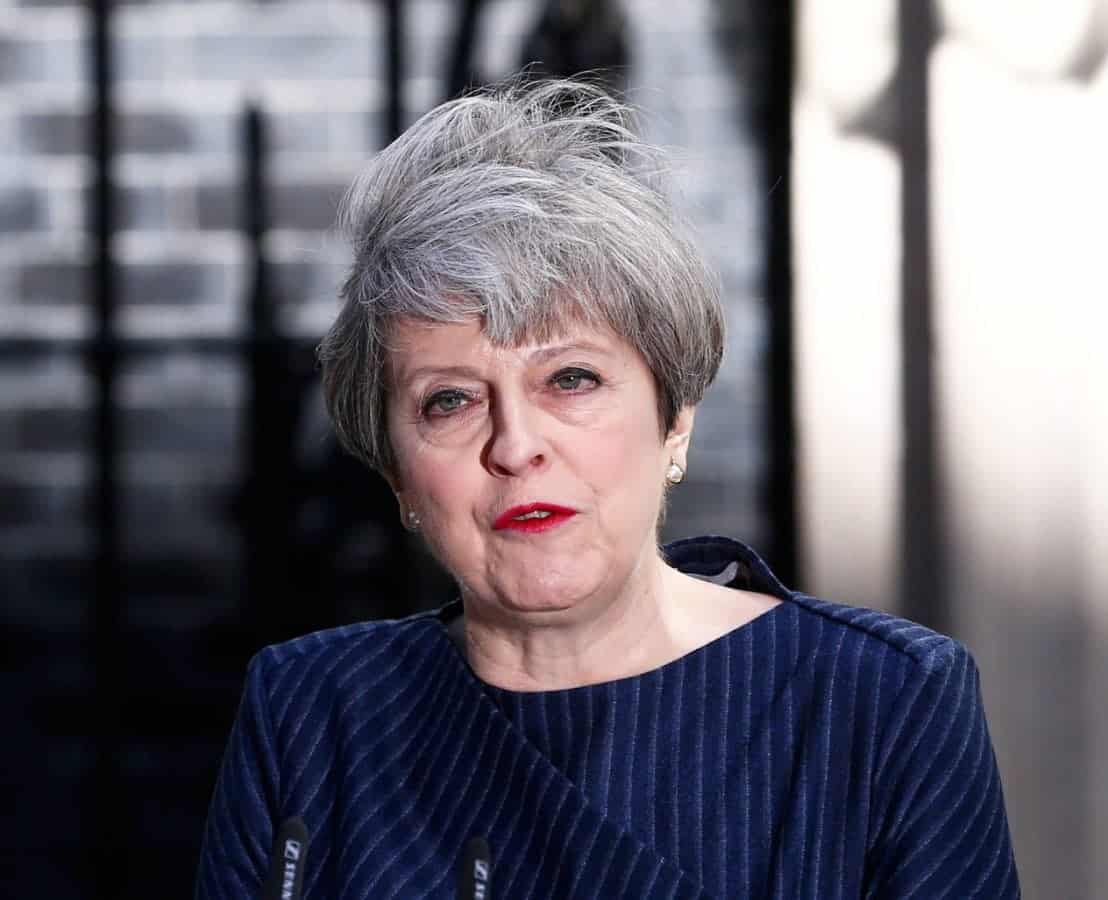 In a surprise statement outside Number 10 Downing Street Prime Minister Theresa May called for a snap General Election on June 8, going back on repeated promised not to.

With Conservatives around 20 points ahead of Labour in opinion polls, many Tory figures have been urging the PM to go ahead with this U-turn despite David Cameron’s Fixed Term Parliament Act guaranteeing five year parliamentary terms, as she has faced recent parliamentary rebellions and is unlikely to ever have such an advantage over Labour again in polls.

The average of recent polls has the Conservative Party at 42% and Labour at 27%. And Labour look very unlikely to win seats back in Scotland and very divided on their Brexit position.

Theresa May announced this morning, “I have only recently, reluctantly come to this conclusion,” and blamed the opposition parties’ criticisms of her Brexit negotiations for forcing her hand. She vowed “to seek your approval for what comes ahead,” adding, “every vote for the Conservatives will make me stronger when I negotiate.”

According to the Fixed Term Parliament Act, Theresa May will need a vote of two-thirds of MP’s to allow her to call an early election, but if Jeremy Corbyn was to vote against an early election it would weaken him significantly and open him for accusations of running scared.

The Lib Dems, pretty united against leaving the EU, were customarily quick of the mark. Immediately commenting on the Prime Minister’s call for a General Election, Liberal Democrat leader Tim Farron said: “This election is your chance to change the direction of our country.

“Only the Liberal Democrats can prevent a Conservative majority.”

Minutes later, Labour leader Jeremy Corbyn, facing more disunity within his party both on his leadership and on what the party’s stance should be on Brexit, reacted to the shock announcement, saying: “I welcome the Prime Minister’s decision to give the British people the chance to vote for a government that will put the interests of the majority first.

“Labour will be offering the country an effective alternative to a government that has failed to rebuild the economy, delivered failing living standards and damaging cuts to our schools and NHS.

“In the last couple of weeks, Labour has set out policies that offer a clear and credible choice for the country. We will look forward to showing how Labour will stand up for the people of Britain.”

Other early reactions have accused the Prime Minister of political opportunism as the prospect of devastating the opposition, winning a potential extra 100 seats would make her vision of domestic politics and Brexit negotiations unassailable. The facts don’t tally with her accusations this morning that the opposition have rebelled against her Brexit position and weakened the “national interest”. Mainly as the opposition don’t seem to have troubled Theresa May at all in parliament so far, making practically no difference to her Hard Brexit stance of leaving the single market and customs union.