Officials have been forced to remove tributes to the Queen at a Holocaust Memorial site in London, following a major public outcry. 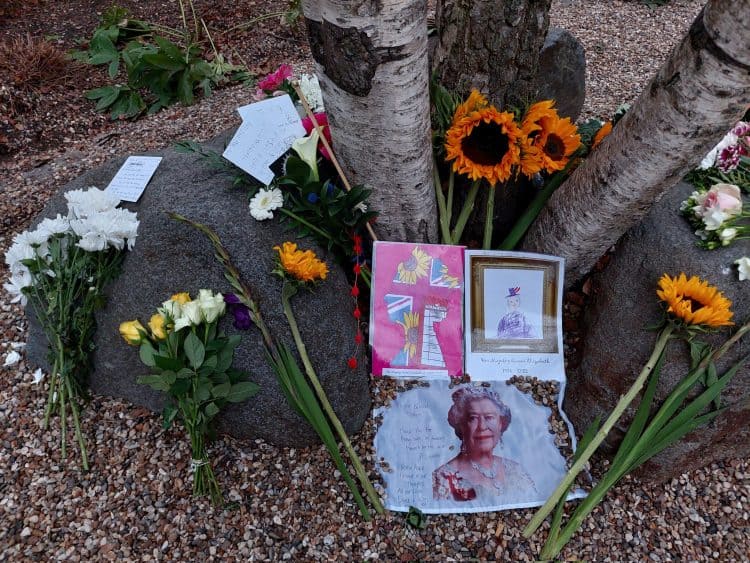 Well, this is highly unfortunate. There has been an almighty backlash on Monday morning, after the Holocaust Memorial Garden in Hyde Park was flooded with items paying tribute to The Queen. This public exhibit of grief, however, has been largely condemned.

Thousands of mourners are expected in London this morning, as Queen Elizabeth’s funeral gets underway. A massive security operation is in place, as the nation pays its final respects to the long-reigning monarch. Alas, some people appear to have taken things too far.

The Holocaust Memorial Garden is one of the most poignant and solemn venues in the whole country. It exists to remind us all of the horrors and atrocities committed against Jewish people during the Second World War. Using this site to grieve The Queen is, at best, extremely inconsiderate.

Social media users have been vocal in their criticism – and officials for London’s Royal Parks have reacted swiftly. They have confirmed that the tributes to The Queen – including children’s drawings and printed images – have been removed from the memorial site.

“Good morning… the team are carefully removing the tributes from the Holocaust Memorial and laying them with the others in the official floral tribute area. There is also a steward placed there permanently to direct people to the floral tribute area.” | Royal Parks

Daniel Sugarman is a Director of Public Affairs for The Board of Deputies of British Jews. He has described the ‘defacing’ of the site as ‘completely inappropriate’. He also believes that King Charles III himself would be ‘horrified’ by this mourning faux-pas…

“This is completely inappropriate, there is no doubt in my mind that the King – who has been a trustee of the Holocaust Memorial Day Trust for many years and has regularly taken the time to meet survivors – would be absolutely horrified to hear about this.” | Daniel Sugarman