They were also protesting against "coerced vaccinations" as new figures show half of the UK population have received their first jab. 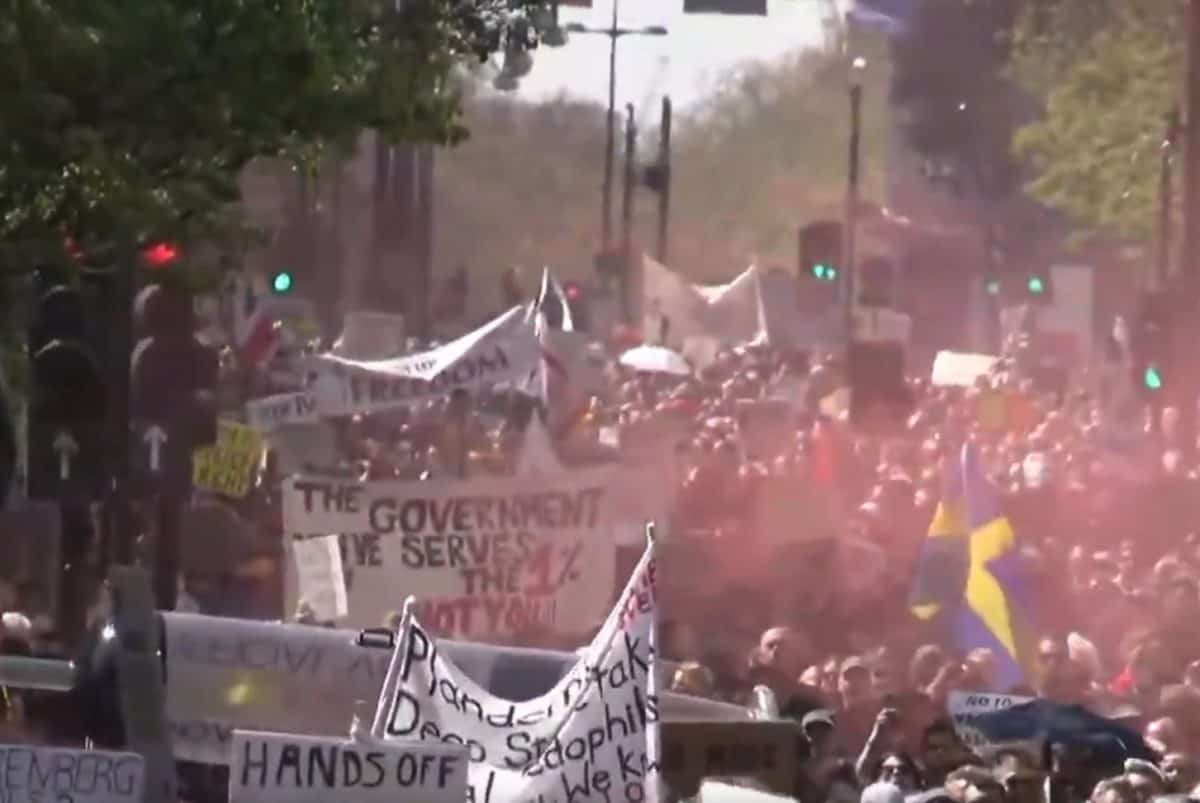 Thousands of anti-lockdown protesters took to the streets in London today – despite pubs, shops and gyms reopening.

Crowds wielding banners such as ‘United for Freedom’ and ‘Say no to medical tyranny’ made their way through Oxford Street, with some people letting off brightly coloured smoke bombs.

Activists also carried giant inflatable syringes to fight against what they call “coerced vaccinations” – with not a single face mask in sight.

Meanwhile, more than half of the UK’s total population has received a first dose of a coronavirus vaccine, according to the latest figures.

It means the UK first dose total so far is now 33,496,293, with more recent figures still to be reported by Wales, Scotland and Northern Ireland.

The UK population is estimated to be 66,796,807, so the latest figures show that more than half the population have now had a first dose of a coronavirus vaccine.