Labour former frontbencher Jon Trickett said the wedding was “a good way to bury this week’s bad news” on Mr Cummings’ testimony, the spread of the Indian coronavirus variant and the row about funding of the Downing Street flat. 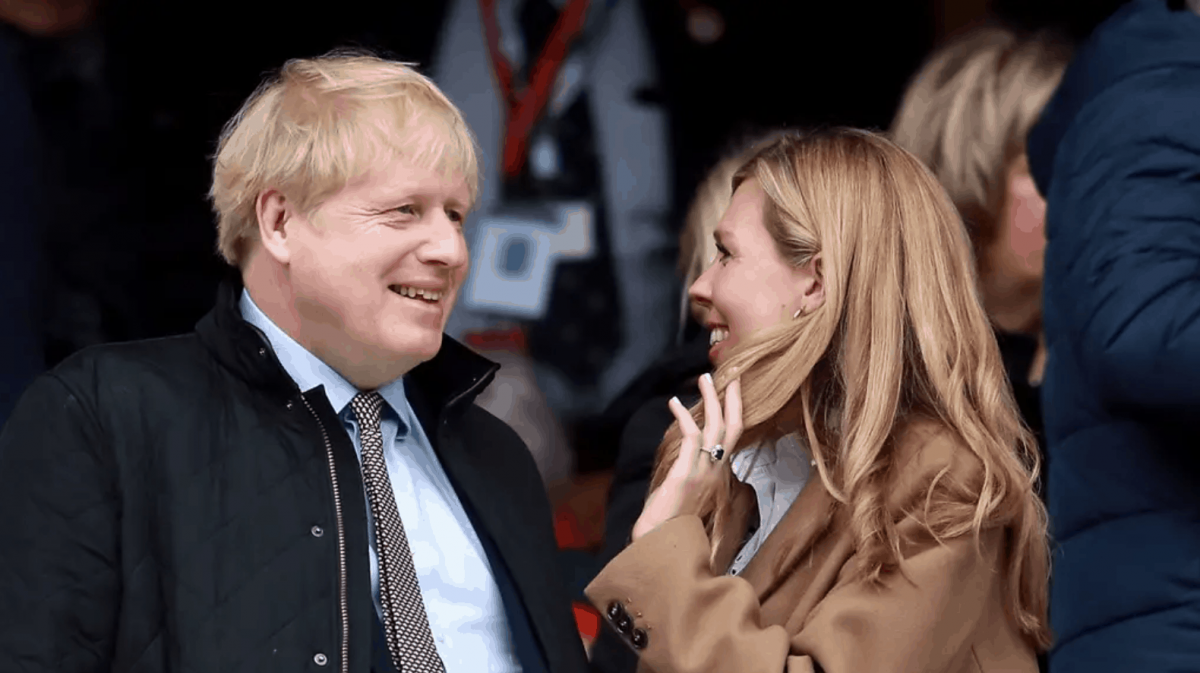 The wedding comes at the end of a difficult week for Johnson, in which his former aide Dominic Cummings branded him unfit for office.

The pair are said to have exchanged vows in Westminster Cathedral in front of a small group of close friends and family.

Downing Street would not comment on the reports, but Tory MPs and ministers sent their congratulations to the couple.

One No 10 aide said: “I have been strictly told not to comment.”

The Sun reported that even senior Downing Street aides were totally unaware the couple were about to tie the knot on Saturday.

The couple announced their engagement – together with the news that they were expecting their first child – in February last year.

It is Mr Johnson’s third marriage, having finalised his divorce from his second wife Marina Wheeler in 2020.

Shortly after 1.30pm, the cathedral was suddenly cleared of visitors, with staff saying it was going into lockdown, the newspaper said.

Half an hour later, a limousine carrying the bride swept into the piazza outside the main west door.

Ms Symonds wore a long white dress but not a veil, while Mr Johnson was described as wearing a “very dapper” suit.

The marriage comes just days after the couple were said to have sent save-the-date cards to family and friends for a celebratory event on July 30 2022.

Mr Johnson’s father Stanley was spotted in Downing Street after the ceremony, while guests and musicians were seen leaving No 10 on Saturday night.

The Prime Minister’s former aide said Ms Symonds had been desperate to oust him from his role as Mr Johnson’s right-hand man, and had sought to put her own friends in key positions.

Mr Cummings also claimed that in February 2020, when the pandemic was becoming a major global crisis, Mr Johnson was “distracted by finalising his divorce, his girlfriend wanted to announce being pregnant and an engagement, and his finances”.

Cabinet minister Therese Coffey sent her congratulations to the couple.

Minister for children and families Vicky Ford sent her congratulations and “big love to Wilf”, adding: “So many weddings have been delayed and disrupted by Covid. Life is always better with love”.

But Labour former frontbencher Jon Trickett said the wedding was “a good way to bury this week’s bad news” on Mr Cummings’ testimony, the spread of the Indian coronavirus variant and the row about funding of the Downing Street flat.

She added: “They know he won’t be able to plan one in Chequers because he won’t be PM next year…”

Related: The pandemic response was ‘lions led by donkeys’ – Cummings