“Boris Johnson, please, show some humanity," the man, who experienced the devastation of the Second World War as a child, said. 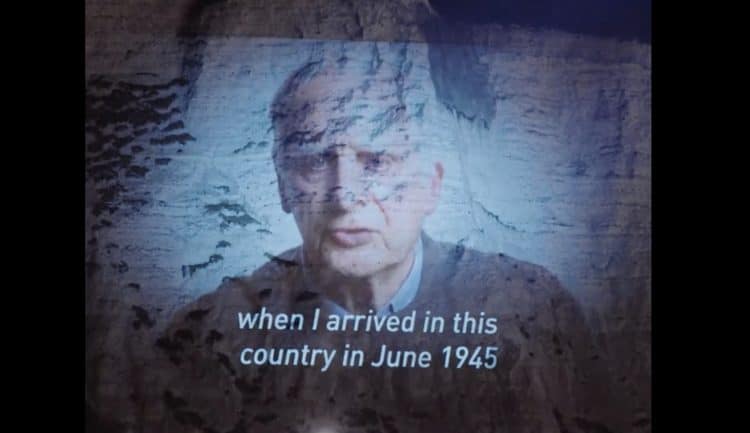 A man who experienced the devastation of the Second World War as a child has called for Boris Johnson to “show humanity” and let Ukrainian refugees come to the UK.

In a video by Led By Donkeys, the man has also confessed that the Nationality and Borders Bill would not have allowed him to come to Britain in 1945. The new legislation is being pushed by the Tories to change the UK’s asylum system.

“If the Nationality and Borders Bill had been in place when I arrived in this country in June 1945, I would have come off that plane, I would have gone to the RAF reception centre, and I would have been denied entry into the United Kingdom,” he said, adding: “I would have been sent no doubt to a detention centre somewhere and then put on a plane and sent back to Holland.”

He added: “When you see these Ukrainians fleeing, you imagine yourself with the bits of clothes we had on and a little rucksack and if we had a blanket we had it tied over the top of the rucksack when we went off to the camps.

“It’s a sort of strange fear because when you’re only nine, well I was only seven when I first went into the camps, but that sort of feeling when people you don’t like who have come into your country.

“And you’re not really quite understanding why are they there what are they doing? But you’re frightened because you see the fear and the fright in your parents and you cling onto them and hope for the best, that your parents get you out.”

He then went on to praise Eastern and Central European countries for their response to the humanitarian crisis in Ukraine.

Whilst EU has been allowing to come to the bloc’s countries visa-free and access housing and healthcare for up to three years, it is Ukraine’s neighbours have have received most of the over three million people who have fled Russia’s invasion.

‘Humanity shown by all those countries around there’

Poland has received almost two million of them, whilst Romania took in almost half a million. Moldova came third with over 350,000 Ukrainian refugees received, despite the country being a small one struggling with poverty.

“You see the humanity that’s shown by the people of Poland, the people of Slovakia, Hungary, and all those countries around there,” the man said.

He added: “I mean I saw that the other day on the news, a woman from Heidelberg hires a coach with forty seats and comes to Poland and says: ‘Are there women and children here who have nowhere to go? Come with me. I have beds and houses and homes for you to come to so that you can sleep and you can be free of fear.’”

He concluded by appealing to the UK prime minister to follow the example set by the other side of Europe: “Boris Johnson, please, show some humanity. Let some of these people in, let a lot of these people in, these people will only show you gratitude as so many refugees did when they escaped from Nazi Germany and came to this country. And their contribution to what they’ve done in this country has been absolutely enormous.

“Don’t turn them away. That’s not humanity at all.”