A certain amount of bacteria is allowed under USDA rules, but companies routinely exceed that—and don’t have to recall their products. 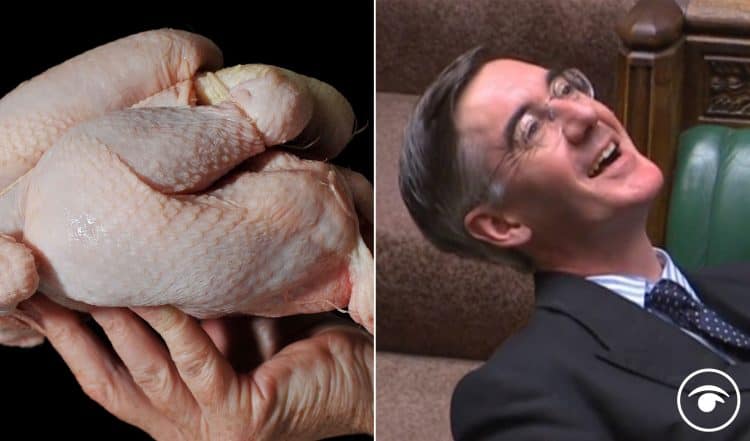 In news that makes chlorinated chicken sound appetising, new US government records have shown that superbug-infected poultry was sold widely across the country between 2015 and 2020.

A report out from London-based non-profit The Bureau of Investigative Journalism cites US government records which reportedly show that companies like Perdue, Pilgrim’s Pride, Tyson, Foster Farms and Koch Foods, which are giants in the industry, all sold a huge amount of poultry products contaminated with campylobacter and salmonella.

Vice News cited government records reportedly showing that between January 2015 and August 2019, those same 12 major US meat processors broke safety rules at least 145,000 times, or an average of 80 times per day.

A certain amount of bacteria is allowed under USDA rules, but companies routinely exceed that—and don’t have to recall their products.

Over half of the meat sampled showed that it was contaminated with antibiotic-resistant strains of the pathogens, according to government records.

Major grocery stores and fast-food restaurants across the US are supplied by these poultry giants on a regular basis.

Meanwhile, in the UK, the majority of consumers have been found to be against imports of lower standard food as part of any future UK-US trade deal, a survey has suggested.

In a poll of more than 2,000 people carried out for consumer group Which?, 86 per cent were worried that a weakening of standards under a post-Brexit free trade agreement could lead to currently banned products appearing in the UK.

Supermarket chain Aldi has vowed to never sell chlorinated chicken or hormone-injected beef amid fears they could be imported under a potential UK-US trade agreement.

The food retailer, which describes itself as the UK’s fifth-largest supermarket, has ruled out selling the products regardless of any future trade deal.