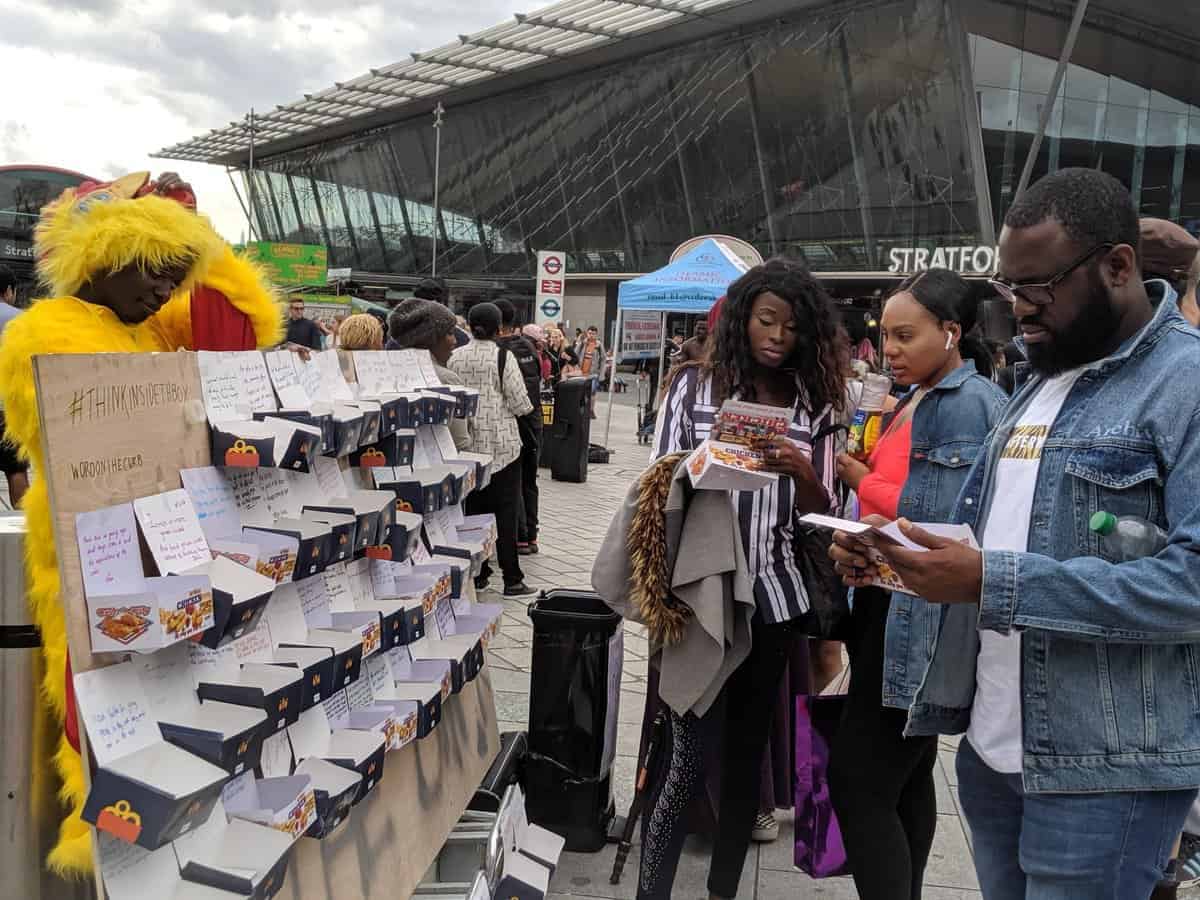 A youth-focused trio will lobby the Government with knife crime solutions written on chicken boxes distributed by the Home Office.

The move by Word on the Curb is a response to the Government’s #knifefree chicken box, which was branded “embarrassing”, “stupid” and “borderline racist” by critics after being unveiled last week.

The Home Office spent more than £57,000 distributing 321,000 chicken boxes to 210 outlets in England and Wales that were printed with real-life stories of young people who have chosen to pursue positive activities instead of carrying a knife.

In response, Hayel Wartemberg, Ndubuisi Uchea and Shiva Parbhaker took to the streets of London and gathered responses from members of the public, including practical solutions to knife crime.

The trio, a part of content agency Word on the Curb, came up with the plan after discussing the campaign on Friday night.

Mr Uchea said: “It was really beautiful to see people coming up with ideas and then other people coming over and reading those ideas.”

Solutions offered by members of the public included interest-free business loans for young people at risk, specialised officers in schools and investing in education and youth services.

Mr Uchea said: “A lot of the time, the policymakers are so far removed from those people living the reality.

“An interest-free business loan would help turn someone who is running a business as a drug dealer, which does take some business sense, into something with a better purpose.

“People find it (the Home Office campaign) offensive and think it’s a waste of money. How can they justify spending £50,000 on chicken boxes when youth services have been cut so drastically?”

She said: “(The Home Office) would do better to invest in our communities, not demonise them.”

Mr Uchea said: “A lot of the time people miss the mark because they do not speak to young people, or the people in their target demographic.

“We wanted to get on the street and get some real insight into the issue.

“I can see why they chose this campaign, but if they had just talked to anyone, they would have been told it’s offensive and they had missed the mark completely.”

Word on the Curb plans to present the boxes to the Home Office on Tuesday morning.