The singer-songwriter received six F grades from the Academy of Contemporary Music after dropping out to go on tour, before he went on to global stardom and an estimated wealth of £160 million. 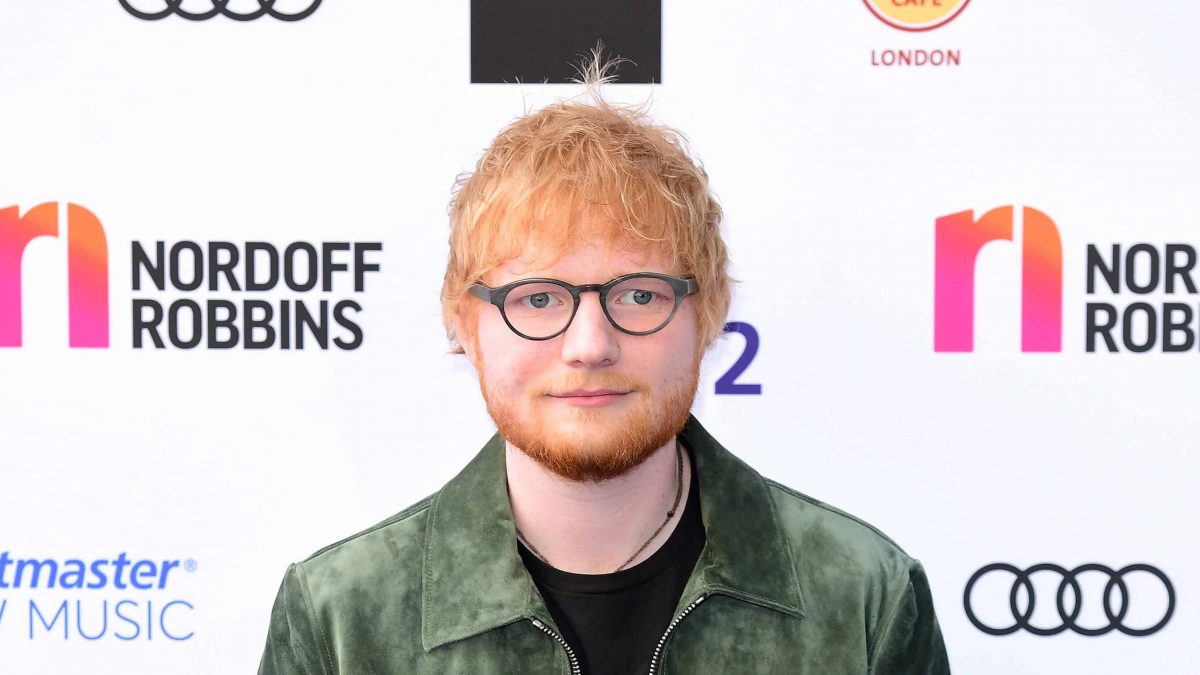 Ed Sheeran failed his music college course before he went on to global stardom and an estimated wealth of £160 million.

The singer-songwriter’s F grades in all six of his music subjects, including songcraft and professional musicianship, are set out in a letter from the Academy of Contemporary Music (ACM) in Guildford in 2010.

The document forms part of a free exhibition, called Ed Sheeran: Made In Suffolk, which opens in Ipswich on Tuesday.

The 28-year-old’s father, John Sheeran, who curated the exhibition, said the teenage Ed became “disillusioned” with the course after just three weeks.

He was invited to be the support act on a tour with Just Jack in 2009 so dropped out to pursue his big break.

A year later he got a letter with his resulting F grades, and told his father and mother, Imogen Sheeran.

“Just three weeks into the course, and already disillusioned with it, he asked his tutors for permission to go on the tour but they refused,” said Mr Sheeran.

“He then rang us to say that he was determined to go on the tour, even if it meant him leaving college.

“Neither of us were surprised.

“Imogen and I caught up with him supporting Just Jack at the Shepherd’s Bush Empire.

“The following August, Ed showed us a letter he received from ACM, which included his final results: Fail for Musicianship and Fail for Songcraft – hardly surprising as he never returned.”

Ed Sheeran named ‘most likely to be famous’ at school prom

The exhibition also includes a certificate presented to the singer-songwriter at his Year 11 prom at Thomas Mills High School in Framlingham, naming him as “most likely to be famous”.

A 2004 school report describes the form 8JE student as a “natural performer”.

“Obviously at the moment his voice is beginning to change although he still has quite a lot in his higher register,” it said.

“Ed has made good progress and is learning to work more with the others as a team.

“It’s great to be entertained in a lesson.”

There are also photographs of Sheeran before he found fame, busking in Galway in Ireland aged 14 and performing in a school production of Grease in 2005.

He performed his first public gig at the Royal British Legion in Framlingham, where he grew up, with tickets costing £3.

Around 30 people attended the 14-year-old’s show in April 2005 and he played more than 40 songs including several of his own.

His father wrote: “Songs just flowed from him. It was extraordinary to witness.”

Photographer Mark Surridge has been friends with Sheeran since they met on an Example tour around 2012, when Sheeran was a support act.

Mr Surridge has gone on to document some of the intimate moments on Sheeran’s tours and his work features in the exhibition.

“There’s not really airs and graces.

“I know it’s all got a bit stratospheric and everything’s so wild, but really when it’s just you and him, he’s just a normal bloke with the same normal things that everyone thinks and worries about and enjoys.

A photograph he took of Sheeran in his dressing room is his favourite, he said.

“That’s straight after… I think it was the first Wembley show,” he said.

“I think it just shows the realities of it.

“It isn’t just glamour, it’s just sitting on a sofa, imagine how tired you’d be.”

Ian Johnson, who worked for Access for Music, said he was “blown away” when he saw a 16-year-old Sheeran perform a gig in Norwich.

He said he introduced Sheeran to his first management company, although he did not think anybody could predict his level of success.

“What Ed had other than talent was he’s completely likeable, very normal, but he had the best work ethic,” said Mr Johnson.

“He did a show in Manchester for us once.

“I went up with a colleague and there were eight people in the audience, so there were only six strangers if you like.

“He spent the whole coach journey burning CD-Rs on his laptop so he could sell them at the show to get the bus money to come back and that was a very typical Ed work ethic.

“He would do any show and just worked very hard to make it work.”

The exhibition on Sheeran, now aged 28, will run until May next year and also includes artwork and some of his records.

It is free but due to the expected level of demand, people are asked to book at www.made-in-suffolk.co.uk

The exhibition has been timed to coincide with four home-coming concerts in Ipswich.

MORE ED SHEERAN NEWS: Ed Sheeran is putting up something rather odd for a charity auction