The Border Force cutter HMC Vigilant has been active in the English Channel. 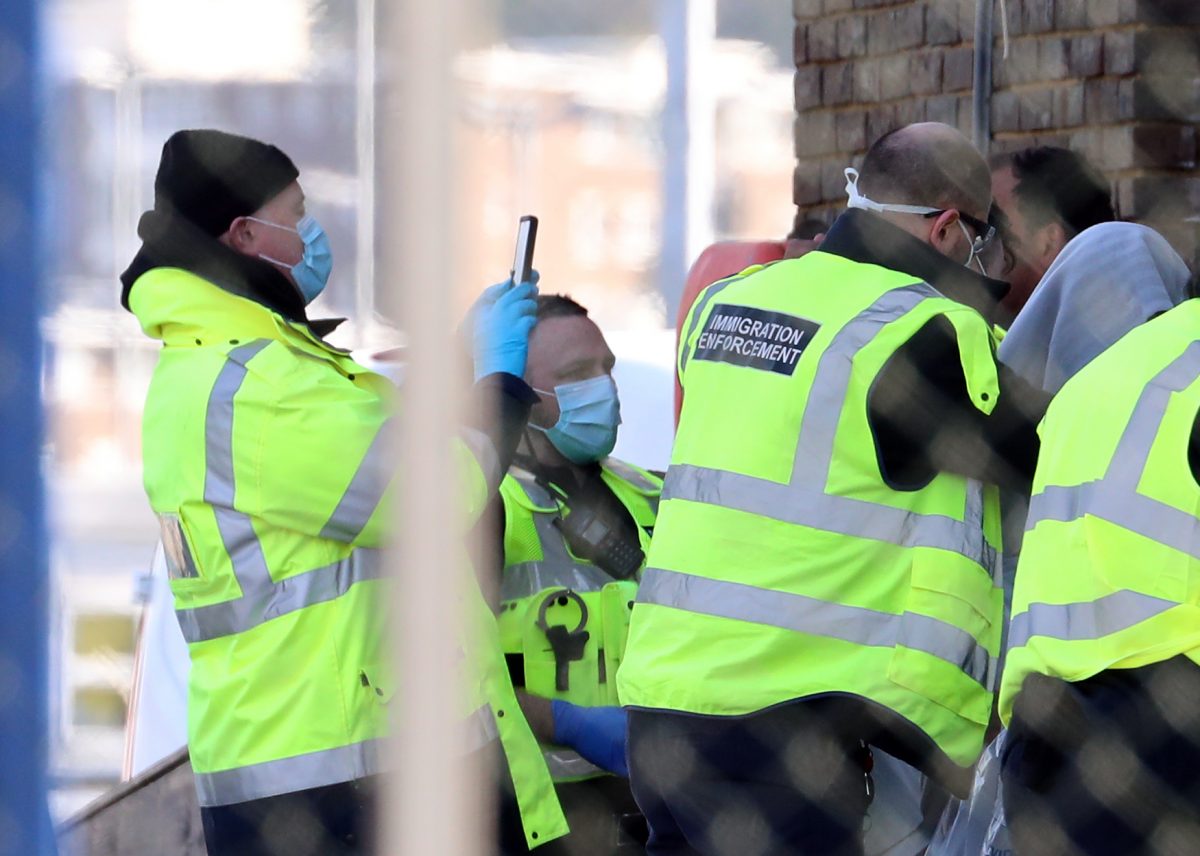 Border Force officers have been seen fitting face masks to people believed to be migrants at Dover on Friday.

Temperatures at the Kent port on Friday morning were a chilly 8C with winds picking up to 21mph.

The Border Force cutter HMC Vigilant has been active in the English Channel this morning, the PA news agency understands.

The latest incidents come as the growing Covid-19 threat, a lack of food and the mass exodus of volunteers has left migrants in northern France in a perilous position, according to a humanitarian charity.

Nearly 400 migrants are known to have risked their lives in small boats to try to cross the English Channel since lockdown measures were put in place in the UK on March 23.

Following the latest confirmed crossing attempts on Sunday, the Home Office reiterated that the pandemic has had “no impact” on its ability to respond to migrant activity.

It said: “Border Force and Immigration Enforcement will always have the resources needed to tackle these illegal and dangerous crossings.”