"We still have all of the tensions in certain areas around identity, paramilitarism, flags, bonfires, they are still all there." 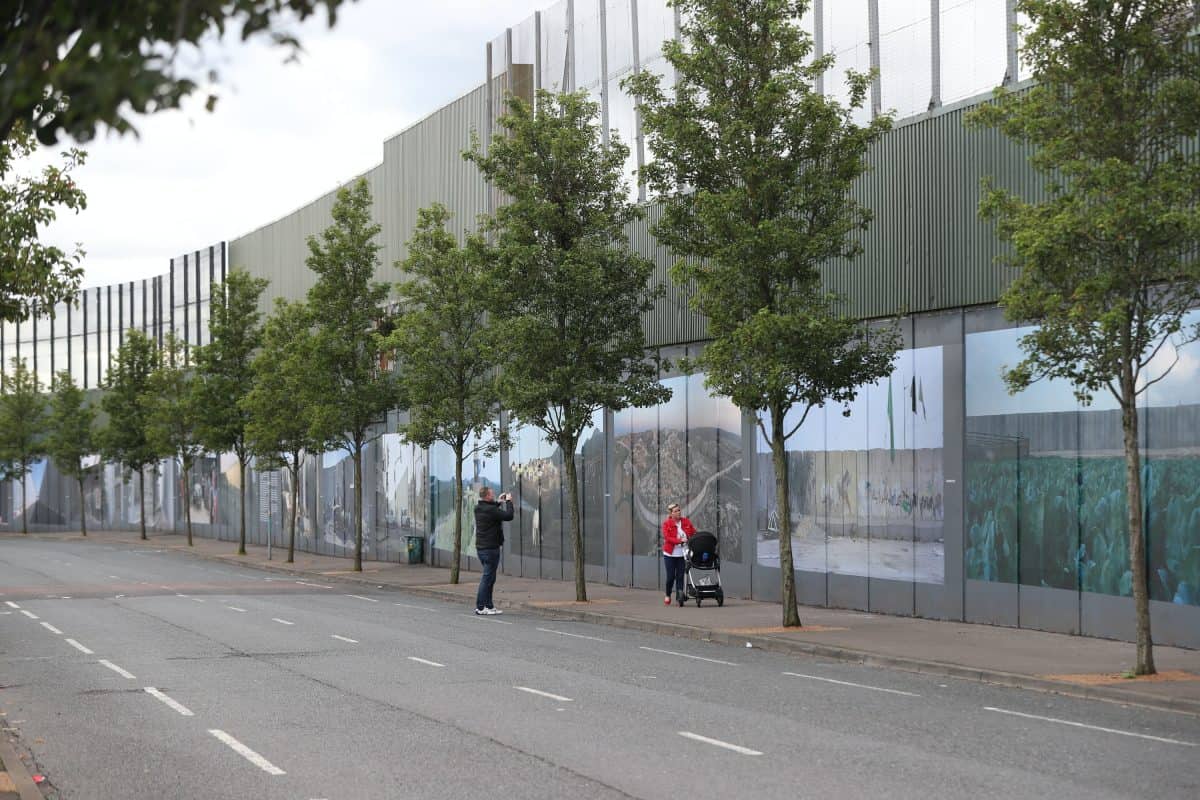 The number of times that army bomb experts have been called out in Northern Ireland has hit a three-year high. It comes as the new year has been forecast to be “particularly challenging”, with Brexit, the coronavirus pandemic and a number of significant centenaries, says Peace fund chief.

Ammunition Technical Officers (ATO) based in the region can be requested to assist police where it is believed there may be explosives.

Officers from explosive ordnance disposal and search regiments were called out 229 times between August 1 2018 and July 31 2019 according to the most recent available government figures.

This period includes the bombing of Londonderry court house by dissident republicans in January 2019, as well as the planting of a bomb under a police officer’s car at Shandon Park Golf Club in east Belfast in June 2019.

Previously the number of calls outs had been steadily dropping from the last peak of 460 in 2009/10.

Army personnel were described in a report to parliament last year by David Seymour, the independent reviewer of justice and security in Northern Ireland, as “concerned” that EOD activity is “ramping up” and the devices with which they have to deal are showing “signs of a growing sophistication”.

ATO were described as being a “significant number” of personnel involved in EOD work, available on 10 minutes notice.

These officers were described as being on “permanent duty for the whole of their four month tour of duty”.

“It is very concerning that dissident republicans are becoming more frequent in the use of explosive devices and that these devices are increasingly more sophisticated,” he told the PA news agency.

“We have seen that such devices used as under car IED’s, anti-personnel ‘booby traps’ or as car bombs are capable of causing loss of life and destruction.

“The increasing number of call-outs for ATO teams in Northern Ireland highlights the continuing terrorist threat that is aimed at undermining peace and creating political instability.

“The Government must continue to provide the necessary resources and expertise for the police and Armed Forces in Northern Ireland to ensure this threat is dealt with robustly and our fragile peace is protected.”

The new year has been forecast to be “particularly challenging”, with Brexit, the coronavirus pandemic and a number of significant centenaries.

Paddy Harte, chair of the International Fund for Ireland (IFI), said those challenges come on top of ongoing tensions.

However looking back over 2020, he said in many areas the orange and green faded away as communities came together to support each other through Covid.

He also hailed “notable successes” over peace walls in some of the most divided areas of Belfast.

As the Brexit transition period ended on New Year’s Eve, Mr Harte described the new arrangements as “an unknown”.

He told the PA news agency: “It’s important to acknowledge that the border on the island looks like it is not going to be there, and that is a plus, but there is a bit to go before we know how it will affect communities we work with.”

Meanwhile the ongoing coronavirus pandemic is set to have a socio-economic and mental health fall-out, he said, and a number of major dates including the centenary of Northern Ireland approach.

“2021 is the centenary year, we have big commemorations, 50 years since internment, 40 years since the turn out, the NI Census is coming out and discussions that that triggers in terms of border polls etc, and we still have all of the tensions in certain areas around identity, paramilitarism, flags, bonfires, they are still all there.

“2021 is going to be a particularly challenging year, we’re trying to make the best of the lessons we have learned.”

Looking back over 2020, he said a lot of peace building work undertaken by the groups which the IFI funds had to be postponed.

But he said the pandemic also brought people together.

“The communities responded outstandingly,” he said.

“The first thing we noticed was the orange and green disappeared, people were now dealing with something of common concern. More than 100,000 food parcels were given out, 30,000 pieces of personal protective equipment was made and delivered. An amazing amount of work was done.

“As a result of that, there are relationships that were fast-tracked because of the pandemic due to the urgency to make sure the community were safe – people were much keener to work across traditional community lines.”

However he expressed concern about the potential for high levels of unemployment and mental health issues from the effects of the pandemic.

“We have an advantage in being an independent organisation, we have flexibility to move without having to go through the rigour that public bodies rightly have to go through,” he said.

“Communities have dealt with lots of very challenging things through the years so we’re confident we’ll work with them and that we’ll get through it.”

Mr Harte said there were some notable successes in the ongoing work on peace walls.

Dozens of barriers which separate unionist and nationalist communities remain in place across Northern Ireland, mostly in Belfast, ranging from tall walls and steel gates to fences.

They were erected at different stages from 1969 to the 2000s to stem disorder.

Plans for an interface resource centre beside the site of the former Finlay’s factory, in the Black Mountain area of west Belfast, have been termed an “iconic success”.

Mr Harte said: “It will open up that entire area right along the wall, that will open up a walk way and cycle ways, I’m really excited about that one. It is an iconic success.

“Ourselves, the Special EU Programmes Body (SEUPB), Belfast City Council and the department of justice see this as being the example of very best practice in terms of how you go from a very intractable interface to one where you have a shared community space.”

Agreement has also been reached over social housing and a retail unit on the Crumlin Road in north Belfast, which Mr Harte said would not have happened even five-six years ago.

“We have been working with groups on peace walls for 13 years, we have built up very strong relationships, there have been some notable successes and they have given the confidence to other groups to say ‘we can do this’,” he said.

Related: ‘United Ireland’ trends as Dublin commits to funding EU health cards and Erasmus for citizens north of the border