After four young men were stabbed in London in one night on New Year’s Eve, former Senior Investigating Officer at the Metropolitan Police Peter Kirkham was invited onto Sky News to explain the appalling events, as well as the shocking upturn in violent crime in recent months. His candid response is an appalling indictment of this […] 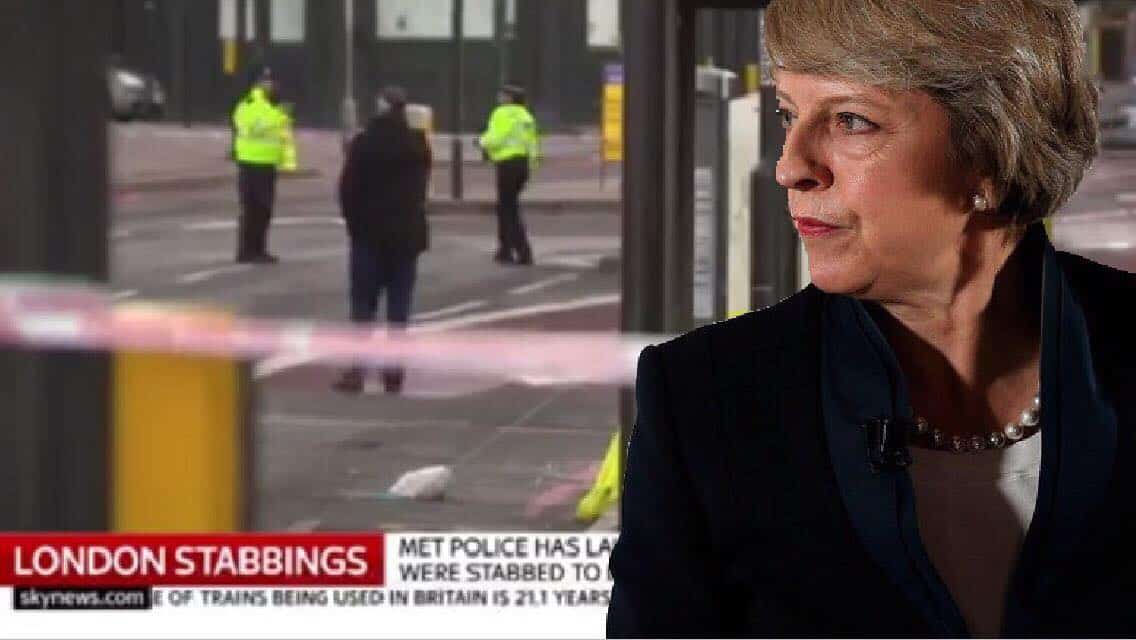 After four young men were stabbed in London in one night on New Year’s Eve, former Senior Investigating Officer at the Metropolitan Police Peter Kirkham was invited onto Sky News to explain the appalling events, as well as the shocking upturn in violent crime in recent months.

His candid response is an appalling indictment of this Government, ignored warnings on police cuts, “institutional racism” that has turned a blind eye to the regular deaths of young men in inner cities and needs to be seen in full.

Kirkham insisted that Theresa May had “the blood of these young people on her hands,” and condemned as “criminal” the Government’s wilful ignorance of “a public disaster happening in slow motion in front of our eyes.”

The full no holds barred transcript will make uneasy reading for the Prime Minister and former Home Secretary:

Sky News’ Rebecca Williams: “Is this particularly rare – that four men have been killed in one single night?”

Peter Kirkham: “It is unusual for four to die.

“Sadly it is anything but unusual for a number of things to happen on the same night. That is now absolutely typical of a Friday and Saturday night across London.

“I hate to think what the death toll would be if it weren’t for the great skills of the ambulance service, the helicopter medics and the air ambulance. It is horrendous out there.”

Rebecca Williams: “Do you think there’s a reason that such horrific events like this are happening?”

Peter Kirkham: “Yes it is very obvious. Theresa May has cut the service so that there are no longer police officers on the street and the control of public space has been lost. This is just one symptom of that. There are numerous others. –

“It is very simple. It is entirely down to Theresa May and her cuts to the police. She has the blood of these young people on her hands.”

Rebecca Williams: “I suppose her argument would be that the role of policing has changed a lot in recent years because now there is the ongoing threat of extremism and terrorism and of course, that was something that she looked into in the New Year celebrations because it was heightened.”

Peter Kirkham: “Theresa May has been Home Secretary and then Prime Minister for the last nearly eight years now. She is entirely responsible for this state of affairs.

“She has refused consistently to listen to professional police officers that have told her that crime and the demands on policing have changed. They haven’t gone away – they have changed. Last night we saw, I’m told, three thousand armed officers drawn into central London to police the New Year’s Eve celebrations.

“Those officers haven’t come from somewhere else. They have come from elsewhere in London. They are not magic box officers just brought out for the night. That means there are fewer officers elsewhere. There is no surprise for me to hear that stabbings took place in the suburbs and not in the centre of London – where all the police officers were drawn to last night.

“There are too few police officers to keep the public safe. – She has been told that repeatedly and she is ignoring it. – It is criminal.”

“It is entirely down to Theresa May and her cuts to the police – she has the blood of these young people on her hands…There are too few police officers to keep the public safe – she has been told that repeatedly and she is ignoring that" This must-watch interview with Peter Kirkham a former Senior Investigating Officer at the Met Police pulls no punches:#ShareThis #Policing #TheresaMay #Austerity #CutsHaveConsequences #TheLondonEconomc #TLE

Posted by The London Economic on Tuesday, 2 January 2018

Rebecca Williams: “Knife crime seems to be going up. – Is there something that can be done to try and tackle it?”

Peter Kirkham: “Loads of things need to be done simultaneously. Cressida Dick [Commissioner of the Metropolitan Police] in an interview during the week said that if she had more resources she’d put them onto aspects of dealing with knife crime.

“Stop and search and police patrols and presence in public places – that is what keep people safe at the pointed end.

“There are a thousand things that need to be done. – You can’t do them without officers.

“And no matter how much this Government goes on and on about making more use of technology – an iPad is not going to prevent a single stabbing.

Rebecca Williams: “And we have seen in recent years some very sad but very high profile cases. – Ben Kinsella – his sister Brooke Kinsella who was in Eastenders – raised a lot of awareness about it and she still continues to do so. Has that helped raise awareness about the problem, would you say? – And tried to cut the number of knife crimes that there are?”

Peter Kirkham: “Nothing seems to be raising the awareness of this Government. They just seem to be ignoring everything.

“I really don’t understand why they are not treating this as the emergency that it is. It’s a public disaster happening in slow motion in front of our eyes.

“If these young people were white and they were on the streets of Maidenhead in her constituency and in Windsor, there would be an utter uproar.

“It would not be ignored. This is institutional racism at the heart of Government. – It’s a simple as that.”

Rebecca Williams: “So is it particular areas that are most affected, I presume?”

Peter Kirkham: “It’s inner cities. It’s not just a London thing – there were five people stabbed in Sheffield last night for instance. There were stabbings all around the country just like there are every Friday and Saturday night.

“This is an inner city problem – it goes with inner city crime, and unfortunately, the demographics of inner cities are not white and well off.

“They are poor and black and minority ethnic, there is institutional racism at the heart of this government, and that, I think is the source of the problem.”