Hutchinson, from south London, was pictured carrying a far-right demonstrator to safety when protests became violent in June. 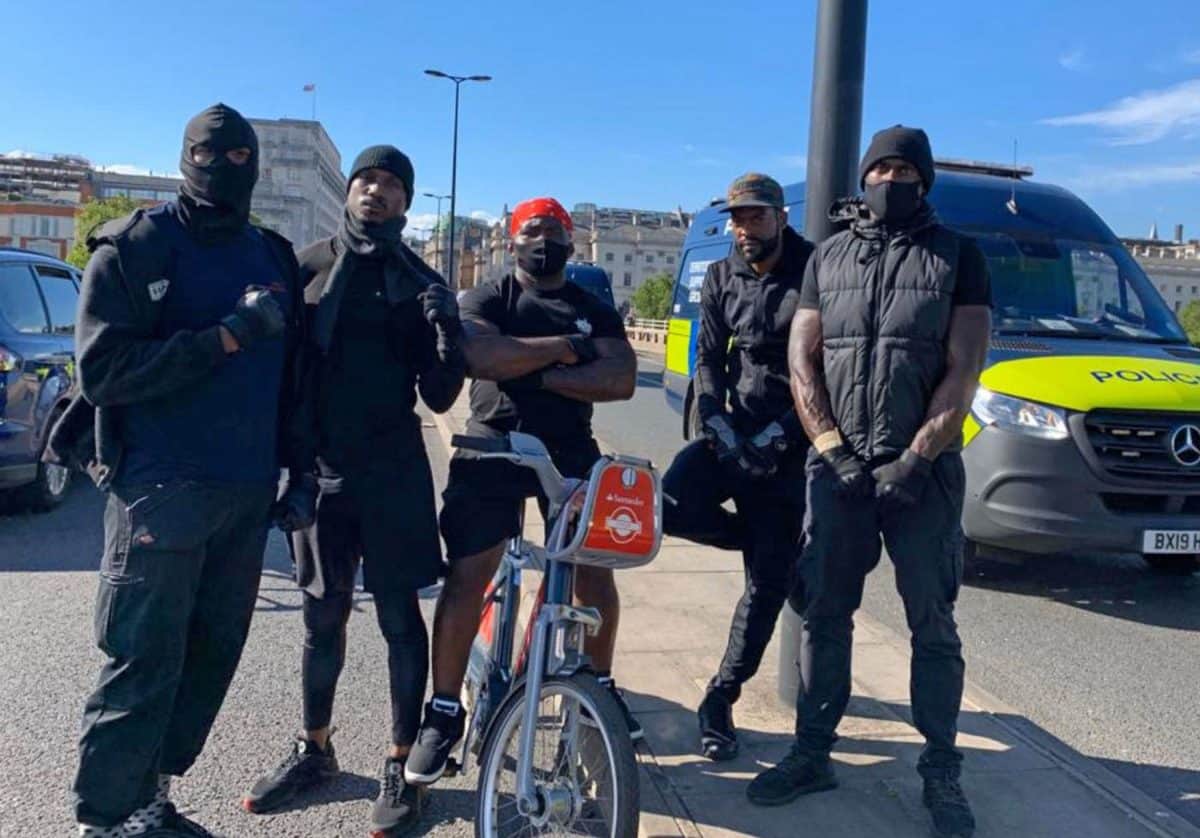 Patrick Hutchinson, who carried an injured far-right demonstrator to safety at a Black Lives Matter protest last year, has been honoured with a bronze statue.

Hutchinson, from south London, was pictured carrying the man to safety when protests around Waterloo station became violent in June

The grandfather – who had been due to babysit on the day of the protest – said he feared “the man would have probably ended up being killed” when he witnessed the violence.

Speaking to the BBC at the time, Hutchinson said: “The news and the stories and the narrative would have just switched to ‘Black Lives Matter demonstrators kill white man’.”

Hutchinson, a personal trainer, added that he was keen to teach his daughters about the importance of equality. “It’s one of those things where you try to explain to them that we’re all equal, we’re all one race, nobody is superior over anybody else, we all need to get along together,” he said.

“Unfortunately for us as black people, we’ve had the short end of the stick and equality hasn’t been there for all as it should be. You have to help them understand that, but this is not going to be the situation for them, it will be better for them as they get older and wiser and they have to believe, like I believe, that one day there will be true equality.”

Now Hutchinson has been honoured with a bronze statue recreating the iconic moment. In a post on Instagram, he described it as “incredible news” – adding that the “life-changing moment where we just did what we felt was right will be preserved fro generations to come in this breathtaking bronze”.