By Nathan Lee, TLE Correspondent  Protein World’s ‘Beach Body Ready’ campaign has kicked up such a big fuss of late you would have thought body-shaming was a new concept, but the reality is that the girl in the yellow bikini has merely drawn people’s attention to a more prominent body shaming platform, one that is […] 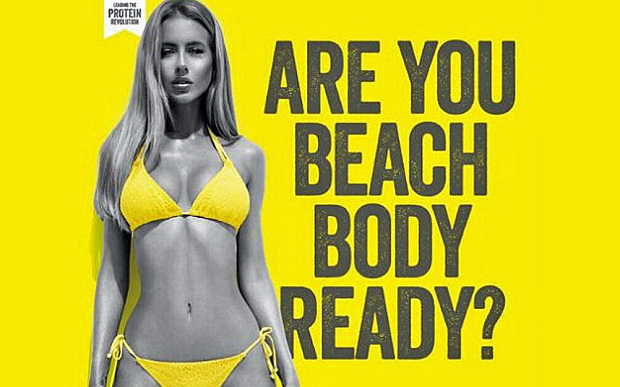 Protein World’s ‘Beach Body Ready’ campaign has kicked up such a big fuss of late you would have thought body-shaming was a new concept, but the reality is that the girl in the yellow bikini has merely drawn people’s attention to a more prominent body shaming platform, one that is far more pronounced and more destructive than any London Underground billboard ad.

Social media compounds body image issues in ways no other platform has ever managed to achieve. A study by Proud2BeMe, a website run by the National Eating Disorders Association (NEDA), found that 86 per cent of respondents think social networking sites like Facebook and Twitter hurts their body confidence, typically causing some girls to strive for a “thin ideal” and some boys to seek an unrealistically muscular physique.

With role models posting stick-thin or rock-solid pictures from their pages, brands using models in an array of campaigns and a stream of beach selfies filtering through Facebook walls and Twitter feeds, it is hardly surprising that children, teenagers and young adults of today are body conscious when their worlds are full of picture perfect people. With 725,000 people in the UK are affected by an eating disorder, is it time to stop barraging people with images that portray what is considered to be the “ideal body” on social platforms?

Here’s four reasons why social media is the real body shamer, as demonstrated by Protein World’s very own Twitter feed.

Glamour and gossip magazines, long-standing sources of negative body image and weight issues, now have a platform upon which they can project their harmful messages to wider social media communities. Certain brands with strong social media presence are, ashamedly, more than happy to get involved. The “Selfie” Culture has, arguably, been born of this desire to be body perfect. UConn Health’s child and adolescent psychologist Karen Steinberg-Gallucci explains that the “selfie culture is another example of being excessively concerned with physical attributes to the neglect of other, more meaningful qualities about a person.” Again, Protein World is more than happy to convey these harmful images on its own Twitter feed. And finally we have the fanatics. The gym and diet obsessed are both products and purveyors of the social media-led body consciousness crisis. Again, our kudos goes to Protein World for projecting the result.