Like all powerful, female forces of nature, London’s Feminist Library is just getting better with age. To celebrate its 40th year, here are some of the arts highlights from its programme. Women and Tattoos 25th April 2015 With the amazing discussion-starter “Why you should never, ever get a tattoo (but having a baby is fine)”, […] 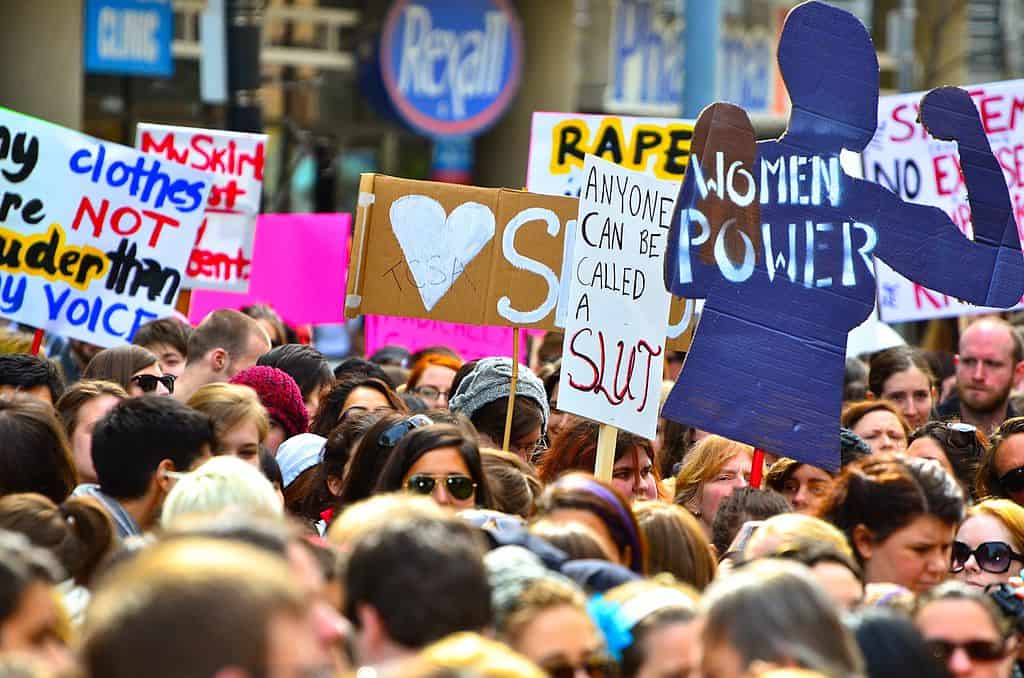 Like all powerful, female forces of nature, London’s Feminist Library is just getting better with age. To celebrate its 40th year, here are some of the arts highlights from its programme.

With the amazing discussion-starter “Why you should never, ever get a tattoo (but having a baby is fine)”, pop along to the Library to debate the contradictory nature of what society says women should and shouldn’t do with their bodies.

Here’s something for starters:

“A tattoo will ruin your body.”

“It totally will, right?  Also what will sort of ruin it is carrying another human inside your body for the better part of a year and then pushing it out an opening ten centimetres wide and then attempting to breastfeed it.”

Inspired by Laura Mulvey’s essay written in 1973, ‘Visual Pleasure and Narrative Cinema’ this afternoon film screening takes the main elements of Mulvey’s theory and explores their relevance to today’s perception and depiction of women on screen.

Employing the methods and techniques of psychoanalysis, the gaze and pleasure in looking which Mulvey discusses in the essay, participating artists show a piece of work that reflects this.

With an introduction by Dr Margherita Sprio (Senior Lecturer in Film History and Theory at University of Westminster), this is well worth a Saturday afternoon: here’s the event page.

The first ever Female Playwrights Project will feature five 10 minute plays written, directed and produced by women, performed throughout the Feminist Library’s many spaces in a celebration of female creative talent.

Things and Ink and the Feminist Library 31st May 2015

A celebration of tattoos, female liberation and feminism in all their glory, not at the Library itself but at the King of Hearts tattoo studio in New Cross.

The day will include a feminist tattoo flash available on a first come first served basis, followed by a panel discussion on tattoos and the body in the feminist movement.

The Feminist Library will be running a book shop all day at the event and displaying historical artwork from the feminist movement.

Sailor Jerry will also be on hand to provide some post tattoo cocktails…which surely must seal the deal. Here’s the event page for more information.

A celebration and conversation focusing on the Library’s collection of radical feminist magazine, Spare Rib, and its design.

Spare Rib featured illustration, lino cuts, etching, painting and print, using female artists. The pages were a visual call to arms, as well as being beautiful, striking and engaging.

Check out the event’s website for more details and to attend.

Ok so strictly not an event, but who wouldn’t want some commemorative art hanging on their walls? The Library asked artists to design a series of commemorative posters to mark each salon. Each poster is a numbered limited edition of 50 (size A3) and are available to buy in the Library bookshop or online.