"So did child chimney sweeps and slavery," wrote one Twitter user. 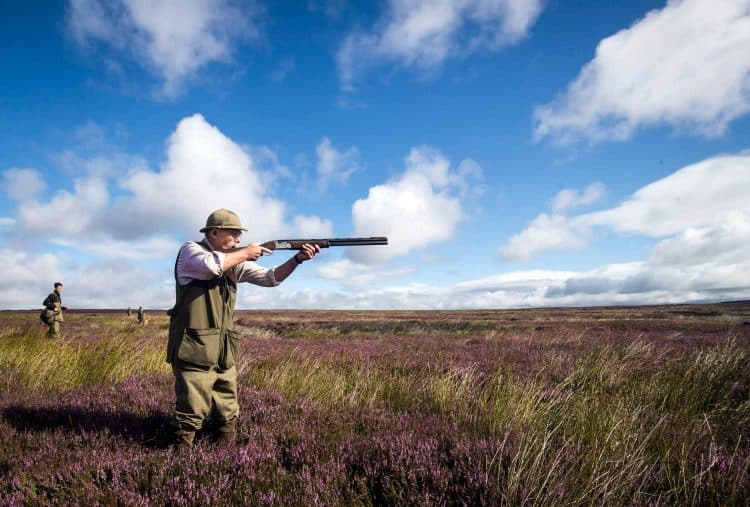 It was reported last week that National parks supposedly at the heart of efforts to tackle the climate crisis and boost nature are dominated by intensively managed grouse moors. Now it has been claimed that shooting Grouse brings different classes together, The Times reports.

Driven grouse moors, which are associated with the controversial burning of vegetation and the illegal persecution of birds of prey, make up 44% of the Cairngorms national park, 28% of the North York Moors and a fifth of the Peak District, a study by the charity Rewilding Britain has found.

Mark Avery, the wildlife campaigner and co-founder of Wild Justice, said: “Is this really what national parks are for? We should ban driven grouse shooting anyway but let’s start with inside our national parks.

“The current trend is for rewilding upland habitats to make them more nature-rich but 44% of the Cairngorms national park is dewilded because of a rich man’s hobby.”

The review into sustainable driven grouse shooting was designed to look both at the sustainability of grouse shooting, and the various alternative uses of moorland that others suggest. The 242 page report concludes that under the IUCN definition of sustainability – underpinned by three major elements: the economic, the social and the environmental – there is no evidence that any alternative use would deliver the same benefits for some of the most remote parts of the UK.

Because grouse shooting can be an emotive subject, it was vital that the authors of the report collected all of the available scientific evidence and evaluated it objectively. The independent chair of the report, Professor James Crabbe, was chosen because he was truly objective. He explained:

“We’ve looked at all sides of an argument in an attempt to be as objective as possible, and to remove any emotional and political elements which driven grouse shooting has in the past engendered. We feel that the report will be very important in making sure that negative environmental, economic and social impacts will not be used in this important part of our land and our heritage.”

They conclude The range of economic benefits that integrated moorland management brings to some of the most remote parts of the UK are vast, affecting the agriculture sector, tourism, human and animal health, and carbon sequestration and flood control through moorland management and restoration practices. Their long-term financial impact is clearly important both for local communities and the wider UK population.

This led to The Times to report on the findings and lead with an interesting take, the headline reads “Grouse shooting ‘brings different classes together’“

Grouse shooting brings social benefits because it allows mixing between shooters and the people who cater for them, the piece suggests.

They then write: “The paper defends the sport against calls for it to be banned, saying that it also has economic and environmental benefits. The report, funded by the shooting industry, has been released before the grouse season opens on Thursday, the Glorious Twelfth of August, although a cold, wet spring means many moors have few birds to shoot.”

Surely there are better ways of "bringing different classes together" than grouse shooting? Spurious research commissioned by the Uplands Partnership, which includes the British Association for Shooting & Conservation, cited in The Times today. pic.twitter.com/N8biO6FrXj

Grouse shooting bringing together different classes is an *interesting* take to say the least… pic.twitter.com/KjbuIQxl6L

Very enjoyable article. If I could be (Sir) Percy Pendant for a moment…grouse shooting brings little economic benefit to our dale. Despite what the owners of the moors like to pretend, its farming & tourism that produce income , not the bizarre sport of a tiny minority.

it's called "the united kingdom" because we're all united in one thing: our love of shooting those pesky grouse https://t.co/6FB9tnnrfN

So did child chimney sweeps and slavery https://t.co/5d0H5VbsOu

Grouse shooting is one of Scotland's most harmful land uses and stifles the potential of our uplands.

In a time of climate crisis it's time to unlock our land's potential instead – for people, wildlife and the environment. https://t.co/EfoiAqkWAI