The Government’s role is to help broadcasters ‘be better prepared to meet the challenges of the digital age,’ Baroness Morgan says. 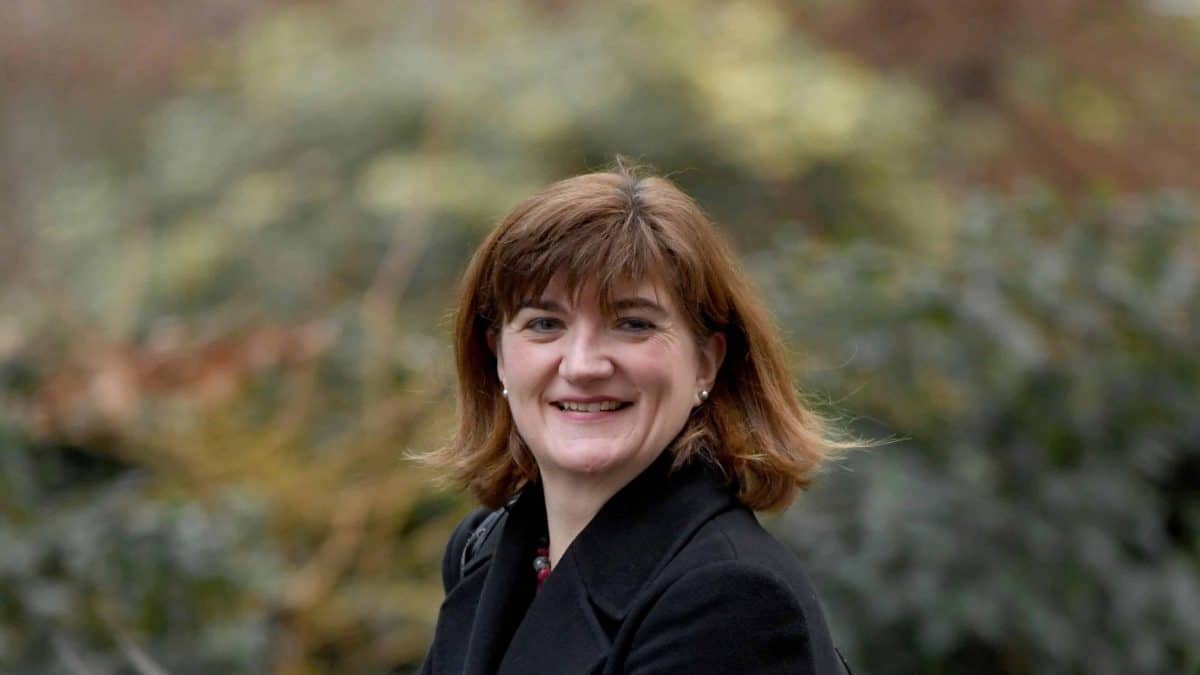 The BBC needs to “move with the times” or it could go the same way as collapsed video rental firm Blockbuster, the Culture Secretary has said.

Baroness Morgan said “accountability and value for money must be at the heart of how the BBC is funded”, as her department launches a consultation on evasion of the licence fee.

People will be asked for their views on whether criminal sanctions for the non-payment of the licence fee should be replaced by an alternative enforcement scheme.

Move with the times

Baroness Morgan wrote in the Daily Mail that the Government’s role was to “help public service broadcasters be better prepared to meet the challenges of the digital age”.

Referring to Blockbuster, which fell into administration in 2013, she wrote: “As the world around us changes, our laws must change too.

“It will require the BBC to be innovative and to move with the times.

“We don’t want a beacon of British values and world-class entertainment ending up like Blockbuster.”

Baroness Morgan will also announce a flexible payment scheme for the TV licence, which will allow “vulnerable people, including those over the age of 75” to split the bill into instalments.

From June this year, the current scheme of all over-75s receiving free TV licences will be restricted to those who claim pension credit.

The BBC has previously said it cannot afford to take on the financial burden from the Government.

The move towards allowing flexible payments has been criticised by Age UK’s charity director Caroline Abrahams, who said that the new payment scheme will not necessarily help those who find it difficult to afford a licence.

She said: “If you are a pensioner in the position of struggling to pay an extra £157.50 a year for a licence, being able to spread out your payments will not change the fact that the sum is simply unaffordable on your low fixed income.”

In 2018, more than 121,000 people were convicted and sentenced for licence fee evasion and issued with an average fine of £176.

Last year there were about 26 million active TV licences in the UK, generating an income of £3.69 billion for the BBC.

No way to “switch off” the BBC

John Whittingdale, former secretary of state for Digital, Culture, Media and Sport (DCMS), said it could be considered unfair to prosecute people for not paying the licence fee when there is no way to “switch off” the BBC.

Speaking on Radio 4’s Today programme, he said: “The question is whether or not it is right that someone who perhaps can’t afford to pay the licence fee could possibly face a criminal conviction, rather than have it enforced through the same means as many other charges.”

Mr Whittingdale, who served as a minister in David Cameron’s government, denied the debate over the licence fee was anything to do with the Government’s current stand-off with the corporation over allegations of bias.

“The reason the Government is looking at decriminalisation in the long-term funding of the BBC is nothing to do with its political coverage, it is because the broadcasting world is changing so rapidly,” he said.

“People will write things that you don’t always like.”

On Wednesday morning, chair of the DCMS select committee Julian Knight tweeted: “Ending prospect of a criminal record for TV licence evasion would have huge implications for BBC.

“It’s time for an open conversation about how we consume and pay for media. What we need is a new, sustainable BBC funding model which will protect the most vulnerable in society.”

Any move to decriminalise licence fee evasion will not come into effect until April 2022, according to the Department for Digital Culture, Media and Sport.

The department said: “The consultation does not ask for views on any other changes to the TV licence and is clear decriminalisation of TV licence fee evasion would have an impact on BBC funding.”

Did not recommend change

A spokesman for the BBC said any proposals to decriminalise non-payment of the licence fee should be considered at the time of the settlement.

He added: “A detailed Government-commissioned review found the current system to be the fairest and most effective.

“It did not recommend change – in part because the current system is effective in ensuring payment with very few people ever going to prison.”

In 2018, five people in England and Wales went to prison for not paying fines, he said, adding: “There is a question about what issue this repeat consultation is trying to solve.”

Any changes “must be fair to law-abiding licence fee payers and delivered in a way that doesn’t fundamentally undermine the BBC’s ability to deliver the services they love,” he said.