Financial institutions lobby for loose rules that allow them to profit from crashing the system. But they don’t like it when it hurts their pockets. 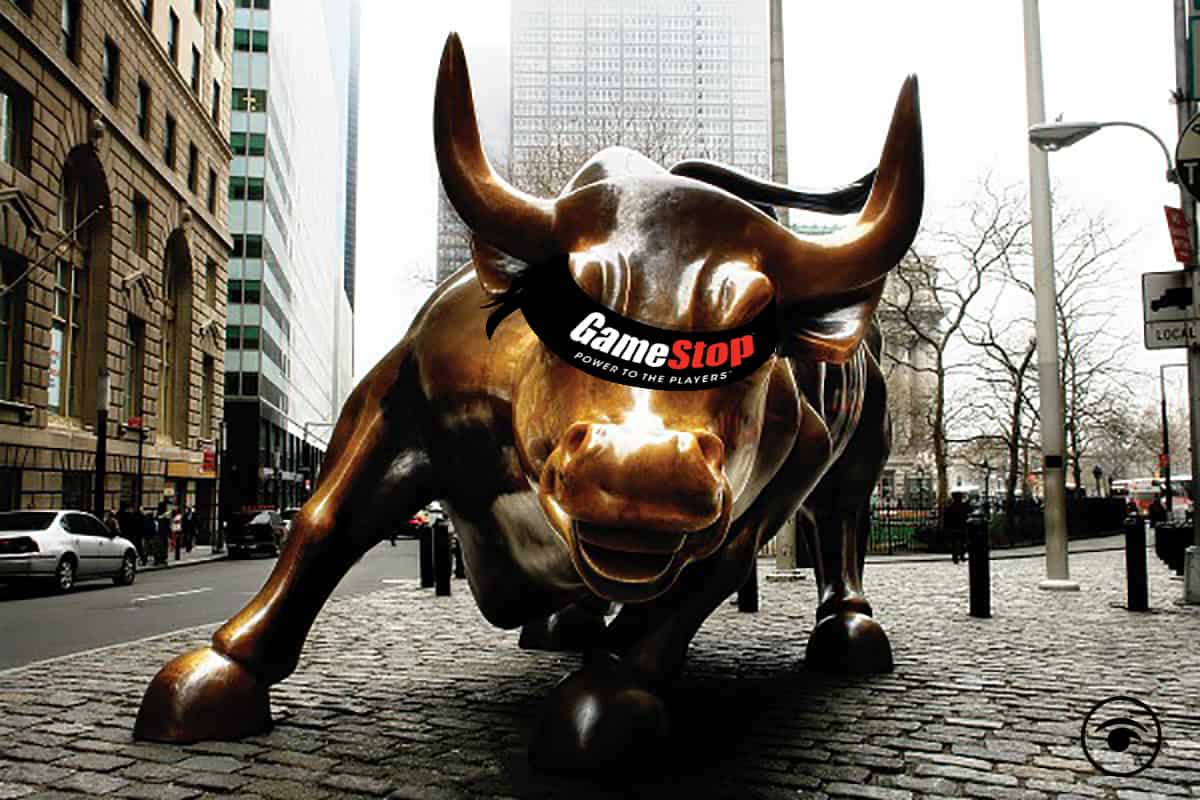 Economic pundits in mainstream media are whining about the poor, multimillion-dollar hedge funds taking a beating from a network of online investors linked to Reddit’s forum, WallStreetBets.

The informal pool used viral memes (“momentum trading”) to drive the stock price of the failing retailer GameStop back up (“going long”) after hedge funds and equity firms appeared to be trying to crash it for short-term profit (“going short”). Now the hedge funds are losing money.

But if WallStreetBets’s behaviour is bad as the pundits claim, what is to be said of the hedge funds that cause brick-and-mortar stores to close in order to sell their land, profit from stock collapses, and even cash in during a pandemic?

Since the Financial Crisis of 2007-09, the influence of disaster capitalist hedge funds has increased. Loose financial regulation means that asset firms and hedge funds buy unprofitable brick-and-mortar retailers and make money shorting their stocks when the businesses collapse.  When a few mega-investors profit, hundreds of shop-floor workers and low-level managers lose their jobs.

A report from half a dozen NGOs notes that private equity companies own firms, including retail outlets, which employ 5.8 million Americans. The greedy practices of the former have led to 1.3 million job losses in the US over the last decade.

Using the legal mechanism for which they lobby, hedge funds have been making billions out of the pandemic. Last March when COVID hit hard, firms bet against the likes of BHP Group, Hargreaves Lansdown, and Rolls Royce.

By November 2020, Ortex Analytics had made $1 billion. Bill Ackman of Pershing Square saw 100-fold returns. Universa Investments saw 4k-percent returns. In the UK, Jonathan Ruffer of Ruffer Investment reportedly made his shareholders £2.4bn richer when the stock market collapsed. Last year, Bloomberg reported that hedge funds were trying to claim bailout money from the US CARES Act, which was reportedly passed as a COVID relief package. Even the Daily Mail alleges that Chancellor Rishi Sunak, who is linked to Theleme Partners, may profit from the Moderna vaccine, as Theleme owns $500m-worth of stock in the company.

GameStop started life as Babbage, a software retailer in Texas that sold Nintendo and Atari. In the 1980s, it merged with another company before being bought by the bookseller Barnes & Noble and later spun out in the 2000s as an independent company.

But changes in online retail sent GameStop into crisis. It went from being one of the world’s largest entertainment software retailers, with around 5,000 stores, to store closures in 2019 that were predicted to be “just the beginning of a major culling of GameStop retail locations.” Closures were caused, in part, by the growth in online game-buying.

In 2019, hedge funder Michael Burry, who made his money shorting subprime mortgages during the Crash of ‘07-09, advised GameStop to buy back its own stock in an effort to “go long.” Burry reasoned that in a few years’ time, Sony and Microsoft would roll out next-generation consoles that would attract customers back into the stores. But in 2020, as the stocks continued to tumble, a team of shareholders including Hestia Capital and Permit Enterprise were getting nervous and demanded that GameStop appoint a member to the board. With enforced lockdown closures, COVID put the finishing touches on GameStop’s stock.

Beating them at their own game

Earlier this month, hedge funds and asset firms—including Citadel, Citron Research, Melvin Capital, and Point72—were allegedly hastening the company’s crash by going short. WallStreetBets and co. decided to save GameStop by generating share-price-connected viral memes (“momentum trading”) and encouraged small- and first-time investors to buy the retail stock. In a single week, the shares soared by 400 percent to $347 a share, driving gains to $685. This helped to push the company’s market cap to $24 billion.

Referring to the Financial Crisis, one GameStop-investing Reddit user posted an open letter: “To Melvin Capital: you stand for everything that I hated during that time … You’re a firm who makes money off of exploiting a company and manipulating markets and media to your advantage.” The investor also said: “Your continued existence is a sharp reminder that the ones in charge of so much hardship during the ’08 crisis were not punished.”

Another wrote:  “hey mom i can’t come up for dinner …  i’m bankrupting a 10 figure hedge fund with the boys.”

Chamath Palihapitiya of Social Capital says that WallStreetBets are merely playing the system at its own game. “At the top of the pecking order” was Melvin Capital and the like. Referring to the hedge funds, he says that “just because you were wrong [i.e. lost money], you don’t get to change the rules.” Why is “momentum trading” now suddenly wrong? asked Palihapitiya on CNBC, when the host defended the hedge funds against the apparently amateur investors.

If ex-US President Donald Trump’s former adviser Steve Bannon says that something is good, we should be suspicious. When Bannon says “Wall Street’s been a casino for 30 years,” he’s right. But what is he up to? On his War Room: Pandemic podcast (28th Jan), Bannon championed the WallStreetBets action as a “populist revolt” against Wall Street. But Bannon said the same thing about his one-time boss Donald Trump, whose winning 2015-16 Presidential campaign was funded by asset managers and hedge funds.

Bannon was also one of the leading ideologues for Brexit via his Cambridge Analytica data mining/psychological warfare company that was funded by multimillionaire hedge funder, Robert Mercer. Brexit benefited few but the likes of Mercer, Nigel Farage who shorted his stock for profit,  and hedge funder Arron Banks, who funded Leave.EU.

Are WallStreetBets investors really socially conscious? Or are they being led by right-wing “libertarians” who support chaos capitalism instead of crony capitalism?

It is also worth noting that WallStreetBets popped up on a Reddit forum. Reddit was part-purchased by the pro-Trump, right-wing “libertarian” hedge funder and entrepreneur, Peter Thiel, who says he does not necessary believe in democracy. Using the handle NimbleRichMan, pro-Trumper Palmer Luckey (who made millions selling his devices to Facebook) posted influential, viral pro-Trump memes on Thiel’s Reddit threads. Not necessarily them, but perhaps some of the people around them know how to use the internet to make markets move.

One final thought: A few years ago, the US military published a document raising concerns about Generation Z (GenZ, i.e. people born between 1997 and 2012). Millennials (born between 1981-96), the document says, were brought up on the false dreams of prosperity and learned to use technology as their dreams crumbled in the real world. GenZ, on the other hand, were brought up during the War on Terror and Financial Crisis, and thus innately sceptical of the system. However, being brought up with technology gave them an edge over their generational elders. GenZ are more socially conscious than Millennials, the report says, and could leverage tech towards financial activism.

In a projected “Zbellion,” GenZ calls “for a global cyber campaign to expose injustice and corruption” and uses a “secure polling of ‘network delegates’” to affect online change. During the Zbellion, the military predicts, techies “target corporations, financial institutions, and political and non-profit organizations that support ‘the establishment’”.

Time will tell which way the WallStreetBets actions will go…