"In a world full of Scott Morrisons, be a Jacinda Ardern," wrote one Twitter user. 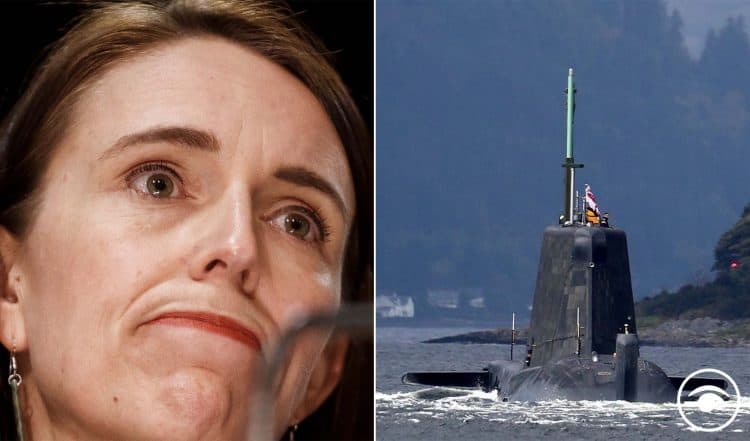 Jacinda Ardern has moved to ban so-called ‘Cold War’ submarines from New Zealand waters after Australia signed into a new defence pact with the United States and Great Britain.

Boris Johnson insisted the new pact is not intended as an “adversarial” move against China, but concerns have been raised over escalating tensions.

The ground-breaking agreement, dubbed Aukus, has seen the three allies agree to co-operate on the development of a fleet of nuclear-powered submarines for the Australian navy.

The move, widely interpreted as an attempt to check China’s growing military assertiveness in the Indo-Pacific, was swiftly condemned by Beijing as a “geopolitical gaming tool”.

Mr Johnson said the alliance, known by its acronym Aukus, would work “hand-in-glove to preserve security and stability in the Indo-Pacific”.

At a later press conference in Canberra, Mr Morrison said it was undecided if Australia would purchase British-built BAE Systems Astute class submarines or the Virginia class vessels constructed in the US.

Britain has denied it is seeking a new “Cold War” with China following the announcement of a defence pact with the US and Australia to check Beijing’s growing power in the Indo-Pacific.

The move drew an angry response from Beijing, with the Chinese embassy in Washington warning countries against building “exclusionary blocs targeting or harming the interests of third parties”.

Embassy spokesman Liu Pengyu said: “In particular, they should shake off their Cold War mentality and ideological prejudice.”

Defence Secretary Ben Wallace insisted the Chinese were “wrong” to see the trilateral agreement – dubbed Aukus – as an act of aggression.

“In the Cold War everyone was stuck behind fences and didn’t really communicate with each other and certainly didn’t engage in global trade, and I think it’s probably a Cold War view to describe it as a Cold War,” he told the BBC’s Radio 4 Today programme.

The Kiwis have been nuclear-free since the 1980s and have no interest in relaxing the ban.

“New Zealand’s position in relation to the prohibition of nuclear powered vessels in our waters remains unchanged,” Ms Ardern said on Thursday.

“New Zealand is first and foremost a nation of the Pacific and we view foreign policy developments through the lens of what is in the best interest of the region.”