“The barbed wires and fencing, and the regime of curfew and restrictions, served as recurring triggers for flashbacks to past torture and serious ill-treatment.” 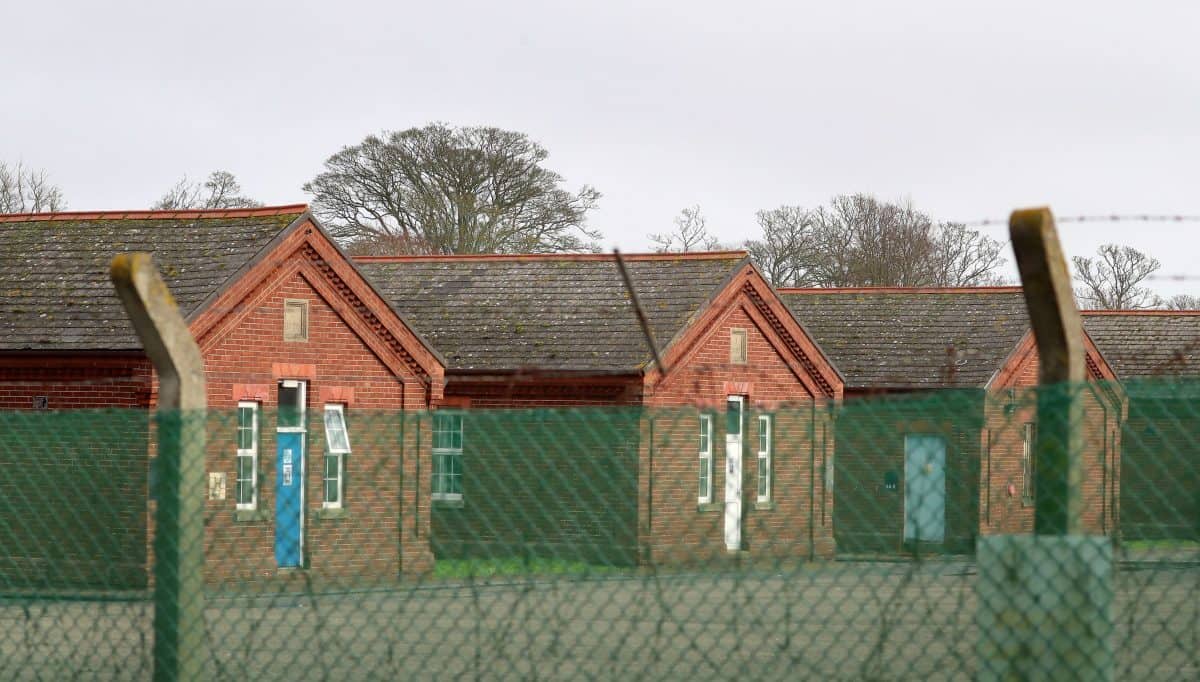 Asylum seekers housed at a former army barracks are left “powerless to protect themselves” because the Home Office has “failed to prevent the spread of Covid-19”, the High Court has heard.

The Napier Barracks in Kent has been used to accommodate hundreds of asylum seekers since last September, despite the Home Office being previously warned by Public Health England that it was unsuitable.

In January, more than 100 people tested positive for coronavirus during an outbreak at the barracks, where conditions are said to pose “real and immediate risks to life and of ill-treatment”.

Just 63 people are still housed at the site and none are currently “under isolation”, the court heard.

Six men who were previously housed at the site, all said to be “survivors of torture and/or human trafficking”, argue the Home Office is unlawfully accommodating people at the barracks, which are not “Covid-secure” as it is “impossible to socially distance”.

At a remote hearing on Tuesday, lawyers for the Home Office conceded that the majority of the men’s claims were “arguable” after documents which undermined its written defence were discovered shortly before the hearing.

The Home Office’s barrister Lisa Giovannetti QC told the court that, after reviewing “a large volume of internal emails” and other documents, she was “not satisfied that the factual foundation is sufficiently solid or clear” for her to oppose permission for their legal challenge being granted.

The asylum seekers’ case that conditions at the barracks breached their human rights and that the Home Office has breached its duty to provide adequate accommodation will be considered at a full hearing later this year.

Their lawyers earlier told the court that the Home Office “knew or ought to have known of the impossibility of effective means of controlling or containing infection at the barracks”.

Shu Shin Luh, representing two of the men, said in written submissions that there are “present and continuing” risks to asylum seekers at Napier Barracks because of the danger of Covid-19.

She added: “Yet, notwithstanding this, the defendant chose to accommodate asylum seekers during a Covid-19 pandemic in accommodation against the advice of Public Health England, and in numbers which made it impossible to socially distance or bubble as required.”

Ms Luh said asylum seekers had been “put in the barracks in these circumstances on a no-choice basis”, and were “unable to self-isolate” or “avoid close contact with someone who has tested positive”.

Asylum seekers housed at Napier Barracks “were entirely reliant on the defendant to implement measures to protect them from the risks of infection, with potential and unpredictable risks of fatalities”, she said.

Ms Luh also argued that the barracks were particularly unsuitable for vulnerable individuals.

She said: “The barbed wires and fencing, and the regime of curfew and restrictions, served as recurring triggers for flashbacks to past torture and serious ill-treatment.”

Tom Hickman QC, representing the other four claimants, said that Public Health England “warned the Home Office on September 7 2020” – before asylum seekers were moved into the barracks – that they were “not suitable for use” and said the “advice was rejected”.

He added that there was “a mental health crisis” among those housed at the barracks, with conditions having “triggered or exacerbated” his clients’ underlying mental illnesses.

He also said the Home Office had “no effective or adequate procedures” for identifying whether those housed at Napier Barracks were vulnerable and should not be accommodated there.

Ms Giovannetti told the court that “by the close of play today, there will be 63 people at the site” and that none of those housed there were currently “under isolation” as a result of coronavirus.

She added: “The Home Office is currently working with the outbreak control team, which involves representatives from Public Health England and the local Kent NHS bodies, and there is a scheduled meeting with them on February 18.”

Ms Giovannetti said the Home Office was “doing everything in the meantime, pending the full hearing, to make sure the accommodation is safe and adequate in the coming weeks”.

But she also said that “the kitchens are still not working in the aftermath of the fire” at the site in January, so food was still having to be delivered to the barracks.

At the conclusion of the hearing, Mr Justice Chamberlain granted permission for the six men’s claims to proceed to a full hearing in April.