“We have been enjoying ourselves – in spite of appearances," Boris Johnson replied. 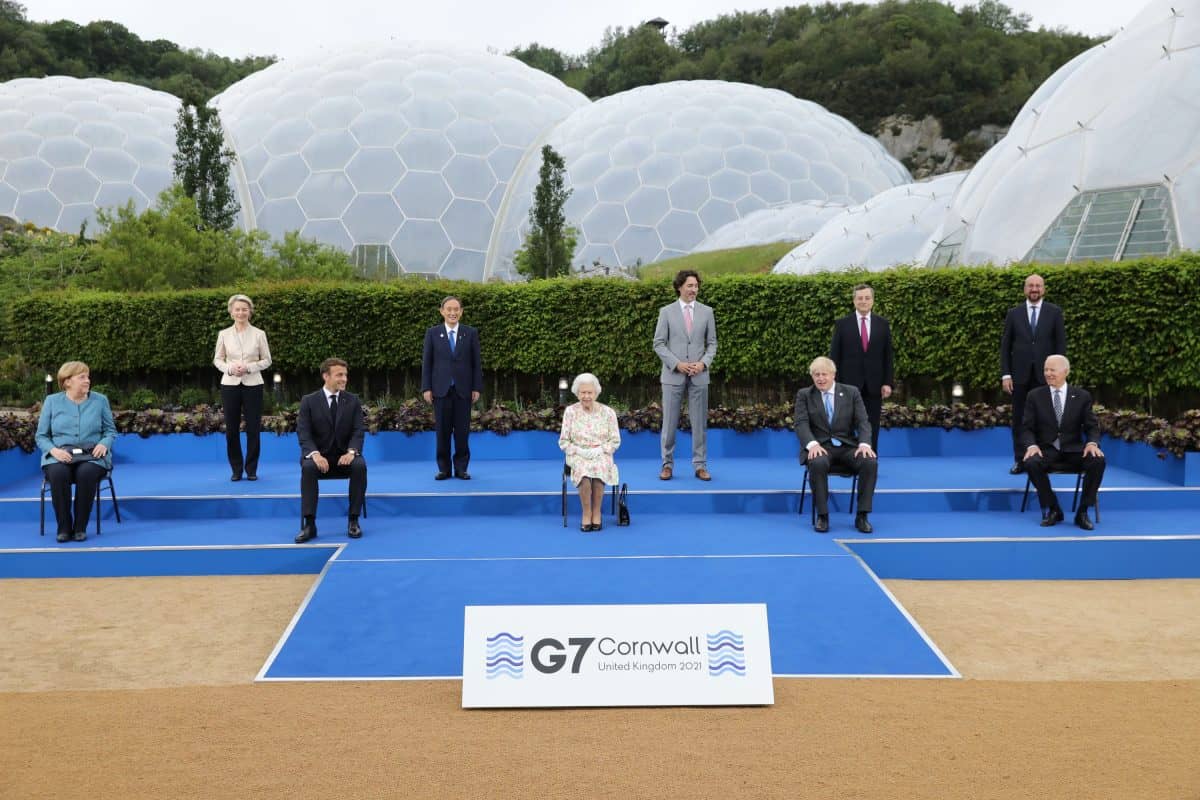 The Queen asked the question possibly on the mind of everyone observing pictures coming out of the G7 Summit in Cornwall – “Are you supposed to be looking as if you’re enjoying yourself?”

The quip came as presidents and prime ministers smiled for the camera during a family photo after an evening reception.

Following a day of political talks, the “soft diplomacy” of the monarchy was evident when three generations of the royal family gathered to welcome the leaders to Cornwall.

William and Kate are taking part in their first G7 events – another milestone in their progression as senior royals.

The leaders, from German Chancellor Angela Merkel to Canada’s Prime Minister Justin Trudeau and US President Joe Biden, many with spouses, were pictured chatting to the royals.

The monarchy does not wield power but has influence and uses what is known as “soft diplomacy” to help the UK renew and strengthen friendships with its allies and partners around the world.

‘Are you supposed to look as if you are enjoying yourselves?’ – the Queen makes the leaders laugh tonight, taking centre stage pic.twitter.com/5KvwzKh6g0

“Thank you for doing that for us”

After the 40-minute reception, they moved to an area to take a socially distanced group photo, and after taking their seats and posing for a few moments, the Queen said: “Are you supposed to be looking as if you’re enjoying yourself?”

Mr Johnson, who is hosting the summit in Cornwall, added: “We have been enjoying ourselves – in spite of appearances.”

Mrs Merkel walked over to the Queen and thanked her for posing for the picture, saying: “Thank you for doing that for us.”

Earlier in the day a smattering of pictures garnered some hilarious reactions on social media.

We have picked out some of the best below:

Worst ornamental chess board ever. pic.twitter.com/IeU1BCOhlE