One man was detained on suspicion of assaulting an emergency worker. 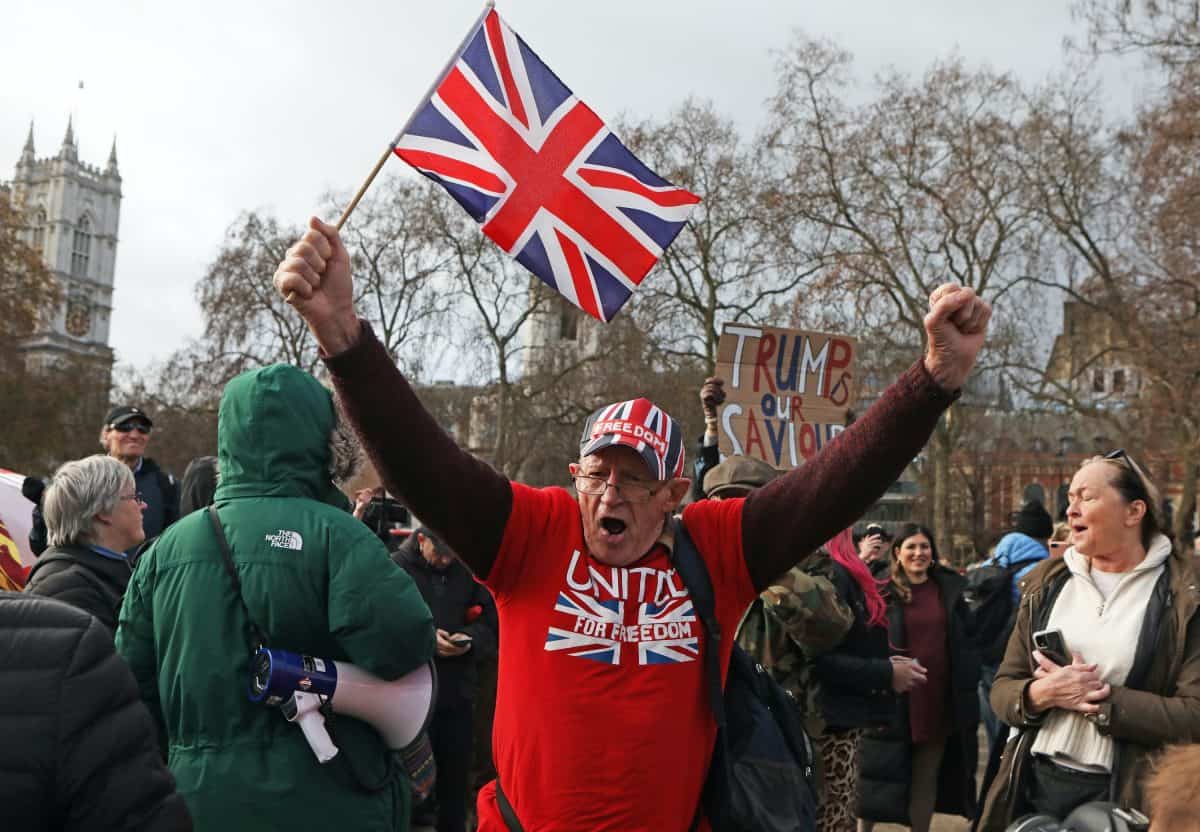 Almost a dozen people have been arrested after a demonstration by around 200 protesters in London’s Parliament Square.

Police said “a number of individuals became violent” during Monday’s gathering and 11 were arrested for a variety of alleged offences including breach of Covid-19 regulations, Public Order Act offences and assaulting an emergency worker.

The group marched together to a number of different locations, including Victoria Street, where two members of the public entered a business premises and were arrested for breaching coronavirus regulations, police said.

One man who became violent and was detained on suspicion of assaulting an emergency worker was taken to hospital under police custody after suffering a head injury when he was struck by a baton, the Metropolitan Police said.

The force said his injury is not thought to be life-threatening or life-changing.

The Met said officers were made aware of a planned demonstration in Parliament Square and that participants were spoken to and told to go home when it became clear they were not complying with Government guidance or their own risk assessment.

It would take almost a year to vaccinate the entire UK population against Covid-19, even with no interruptions in vaccine supply, leading scientists have said.

Sir Jeremy Farrar, director of the Wellcome Trust and a member of the Scientific Advisory Group for Emergencies (Sage), which advises ministers, said the rapid development of vaccines in response to the Covid-19 pandemic was a “remarkable achievement”.

But together with Professor Tim Cook, a consultant in anaesthesia and intensive care medicine from the University of Bristol, Sir Jeremy warned there was still a long way to go.

Writing in the journal Anaesthesia, they said: “The scale of the vaccination programme should not be underestimated: 1,000 vaccination centres each vaccinating 500 people a day for five days a week, without interruptions of supply or delivery, would take almost a year to provide two doses to the UK population.

“No country has mounted a whole population vaccination campaign in living memory and it will need to be undertaken with local leadership and cultural sensitivity.”