Contacts from city residents to estate agents about buying a home in a village increased by 126 per cent in June and July compared with a year earlier. 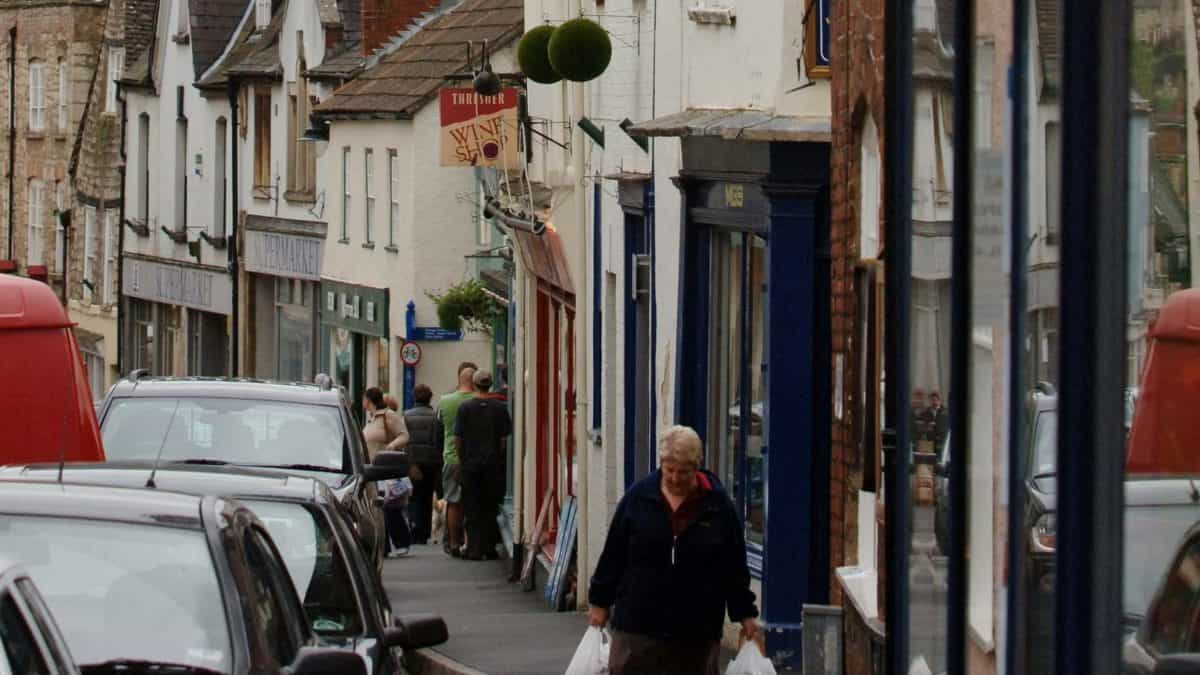 Home buyers currently living in major cities are planning their escape to the country, according to a property website.

Rightmove said it is seeing an uplift in city dwellers considering moving to villages – and this is outperforming an increase it is also seeing in home hunters looking to move from a city to a town.

Across June and July, the number of buyer inquiries from people living in 10 major cities increased by 78 per cent overall compared with the same period last year as the market picked up.

Contacts from city residents to estate agents about buying a home in a village increased by 126 per cent in June and July compared to the same period last year, outperforming a 68 per cent uplift from people in cities inquiring about towns, Rightmove said.

For example, the number of inquiries from Liverpool residents looking for a village lifestyle has almost tripled (275 per cent) compared with a year earlier, while there has been a 63 per cent increase in inquiries about towns.

In Edinburgh, village inquiries are up 205 per cent and in Birmingham they have increased by 186 per cent.

Only one out of the 10 cities analysed – Leicester – has seen a bigger increase in inquiries to move to towns than to villages, Rightmove said.

The website said many village locations city-based house hunters are interested in are still within commuting distance to the city they currently live in, suggesting people are being drawn to the appeal of a quieter way of life.

Money does not appear to be the main motive for moving, as average asking prices in villages are often more expensive than in cities.

Rightmove suggested some city home owners may have benefited from strong house price growth over the years and are now able to trade up and out to the country.

“The lure of a new lifestyle”

Rightmove’s property expert Miles Shipside said: “The lure of a new lifestyle, one that is quieter and has an abundance of beautiful countryside and more outdoor space, has led to more city dwellers choosing to become rural residents.

“We saw a shift as early as April in more people living in cities inquiring about moving out of that city, and this trend has continued.

“The most popular village moves are still within the same region the home hunters are currently in, as it’s likely they’ll keep their current job but may have the flexibility to commute less often and set up their working space at home.”

Mark Rimell, director in Strutt & Parker’s country house department, said: “A slower pace of life, outdoor space and tight knit communities come hand in hand with village living – something many have come to appreciate in recent months and have enduring appeal.”

Freddie Wright, partner, Knight Frank Bristol, said: “The city property market in Bristol is extremely busy at the moment – many of those selling are looking to move out into villages such as Banwell because people are looking for a slower pace of life post-lockdown, and these villages offer the best of both worlds.”

Rightmove’s research was released as a separate survey from Barclays Mortgages found that the South West of England, with its rural and coastal communities, is a particularly desirable location for those hailing from Birmingham, Nottingham, London, and Manchester.

Barclays Mortgages found popular reasons for people wanting to relocate include a bigger garden, being closer to essential services, living where they can exercise easily, being nearer to relatives, and a stronger local community.

Dr Peter Brooks, chief behavioural scientist at Barclays said: “More outside space and the benefits of being closer to friends and family are high on the ‘must have’ list for many movers.

“As working from home becomes more commonplace moving cross-country looks to be more achievable for many as there is less of a need to be within a short commute to the office.”

Here are the percentage increases in inquiries from major cities about villages, followed by the uplift in interest in towns, according to Rightmove:

And here are the most popular rural locations that home hunters are inquiring about moving to, with the average asking prices in cities and villages, according to Rightmove: